We were fortunate to have a month in Central Europe, experiencing the arts in Vienna, island life in Hvar, historic immersion in Dubrovnik, lakeside beauty in Lake Bled, and a romantic escape in Northern Italy. Each destination in our itinerary brought us fresh landscapes, new adventures, and different cultural vibes that kept our travels inspired and interesting. That being said, the majority of the year we’re looking for itineraries that are more bite-sized to match the time we generally have to spend on a trip. For most Americans, two weeks a year is fairly standard and many times those two weeks are broken into two getaways of a week or so each to spread out the R&R. To help provide a bit of inspo in a more digestible timeframe, I’m sharing eight weeklong itineraries for Central Europe: 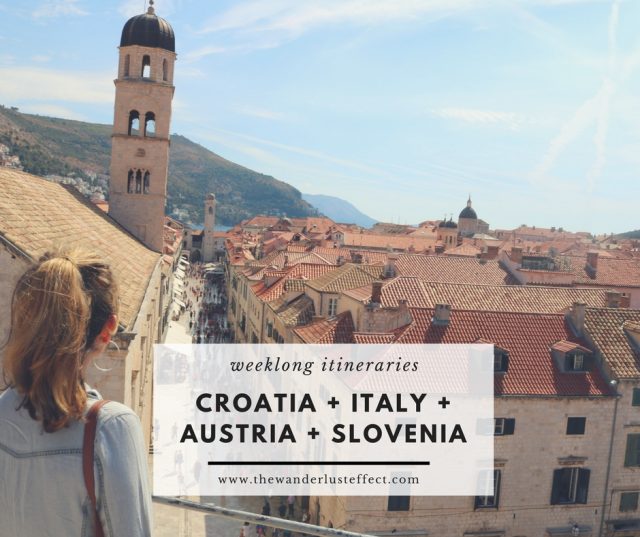 Croatia gets its fair share of love for a good reason. With its long, thin composition, it’s a country that’s incredibly regionally diverse with a whole host of offerings. For first-timers looking for a classic Croatian escape, start out with three nights in Dubrovnik and four nights based on the island of Hvar, which will give you a fair amount of time to delve into each while keeping transit time to a minimum. In Dubrovnik, fall into a world of ages past, taking in the picturesque old town and its incredible history. Spend a day wine tasting on the Peljesac Peninsula for a quick escape to the countryside. In Hvar, dedicate a couple of days to exploring your new home base (and arguably Croatia’s most famous island). For your other days, look at chartering a boat or hop aboard the public ferry to enjoy a day trip to Korčula, a day trip to Brač, or simply a day on the water visiting the nearby Pakleni Islands. 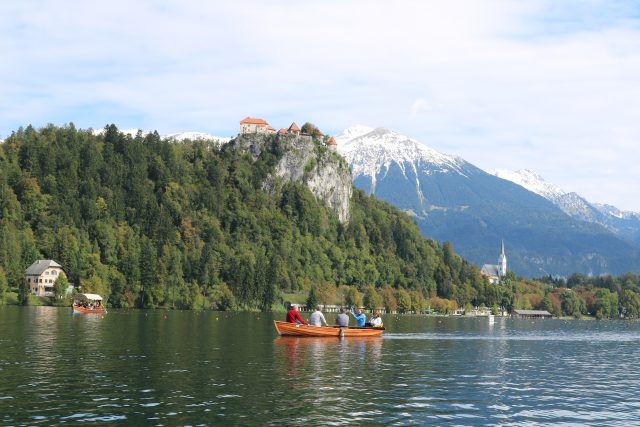 Beauty is absurdly abundant in this little slice of the world, with the stunning lakeside offerings in Lake Bled, Slovenia’s whimsical capital of Ljubljana, and the stunning Italianate seaside town of Rovinj in Northern Croatia, all in close proximity. Transit time is relatively short between each destination and easily accessible by car (or driver, if you’re so inclined). Lake Bled brings utter serenity and the scenic landscape is truly something out of a fairytale. Large resorts are abundant but opt for a quaint upscale B&B for true romance. Like Bled, Rovinj brings lovely views of the water, but you’ll have seamlessly shifted from Slovenian lakefront to stunning Adriatic views, enjoying sunset cocktails while cuddled up into the rugged cliff side (don’t miss dining at La Puntalina in Rovinj – reservations are a must). Then there’s whimsical Ljubljana, Slovenia’s off-beat capital that melds medieval facades with a hip modern vibe; one of Europe’s unsung cool kids compact enough to explore in a few days. 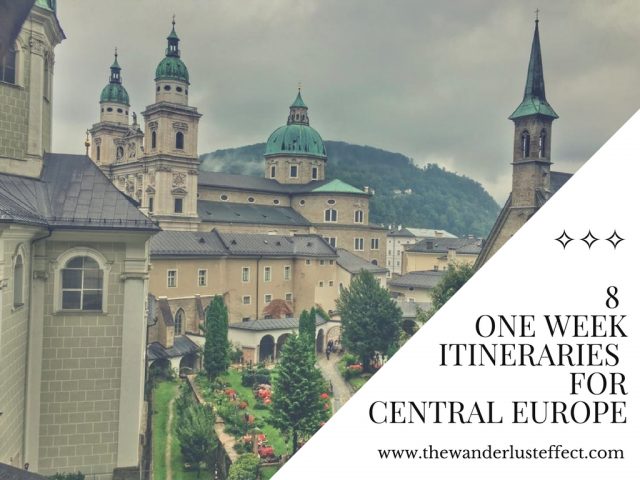 If you want a true Austrian immersion, you can narrow your focus to solely Salzburg and Vienna for three and four days each, respectively, and you’d benefit from having a deeper grasp on each of these Austrian cities. If you’re trying to maximize your limited time away, however, and want to wrap in another city, Munich is the obvious choice. It’s a short train ride from Salzburg and air connections often make flying into – or out of – Munich a much easier prospect than flying into Salzburg. A couple of days in Munich will allow you to see some of the beautiful Bavarian highlights before delving into Austrian culture and cuisine. Two nights in Salzburg will give you a great taste (use the Salzburg card to maximize your highlights) and three nights in Vienna provide enough time to take in some of the glam arts and architecture scene that are practically synonymous with the city. 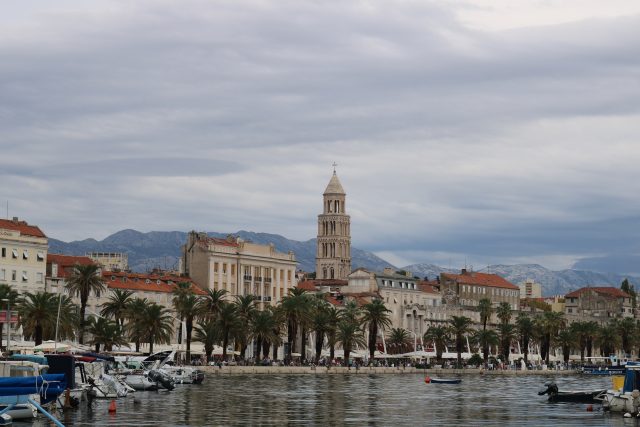 I’m mixed on being this on the go, but this itinerary works for anyone who’s okay with packing light and wanting to be on the move. Fortunately, summers in Croatia will make packing light a breeze – shorts, sandals, and summer dresses on repeat – so you can easily go carry-on only. Two days in Split gives enough time to get a taste for the historic city before heading out to the islands by ferry. Hvar is a great main hub to spend a few nights (we spent a week in Hvar, using it as an island home base), and there’s plenty going on to keep you busy at night! You could spent 5 nights in Hvar and island hop to neighboring places like we did, but if you’re wanting to experience other islands by night as well as by day (after all the day trippers leave) options are plentiful. Consider spending one night in Korčula and a night in Brač so you don’t have to cut your days short! Ferries from Hvar to Korčula and to Brač are about an hour each so you won’t lose too much time in transit. 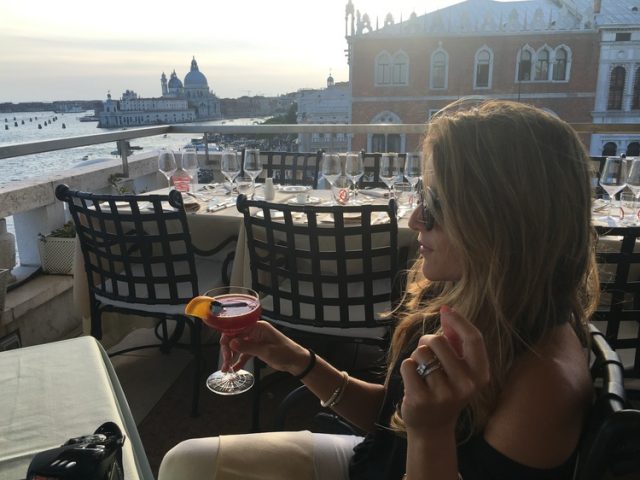 The Venetian Empire was far-reaching, and the architectural influences are left scattered; prominently so in northern and coastal Croatia. This itinerary spends about half the time in Venice and half the time seeing its historic influences elsewhere. I’ve said it a few times already: I could have spent a week in Venice and been absolutely content. On the flip side, three nights in Venice still allows you to delve into the beauty, history, and whimsy that this city embodies. From there, take the ferry and zip across to Croatia’s Istrian Peninsula, where you can spend a couple of nights in the coastal town of Rovinj, a city that melds Italian and Croatian influences (at a much more budget-friendly price point). From there, continue inland into Istria’s largest hilltop town, Motovun, where you can spend a couple of nights taking in the landscapes and eating your way through the region (white truffles, black truffles, and white asparagus have their own seasons in Istria).

For many visitors visiting Croatia for the first time, the combination of Split, Dubrovnik and Hvar make for a classic trifecta. We met many people along our journeys that followed this itinerary in some way, and while it’s not exactly off-the-beaten-path, it’s popular for a reason. Dubrovnik and Split both have their own cheerleaders, and each offers a distinct vibe. A few days on Hvar allows a dose of island living with the opportunity to island hop for a day or two if you’re so inclined (read about our day trip to Korčula and day trip to Brač for inspiration). Transit from Split to Hvar to Dubrovnik is easily accessible through use of the public ferry system, a comfortable way to cut across the Adriatic without breaking the bank. 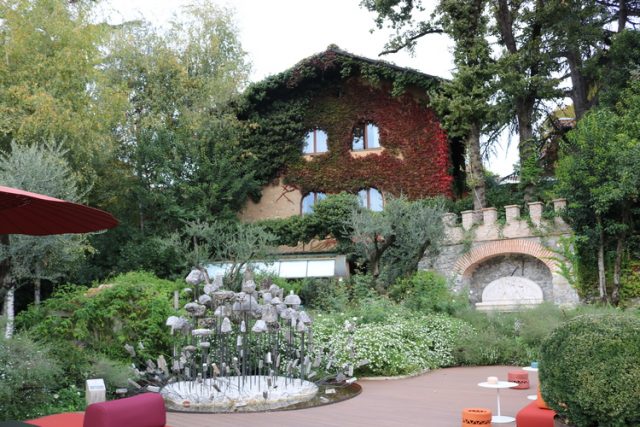 Practically any Italian escape can be romantic and Northern Italy is no exception. Venice is picturesque in a way that’s indescribable and deserves three nights to really delve in and slowly take in the romantic atmosphere (we spent two days in Venice, and I could have easily spent more). Continue on to Verona, the home of Romeo and Juliet, for a night of sightseeing before spending a few days enjoying some R&R at L’Albereta Hotel, a Relais & Chateau property in Erbusco. Located in the heart of the Franciacorta wine-producing region you’ll have a few relaxing days amidst the vineyards, where you can spend a day taking in the area’s famous sparkling wine. If Verona is not your cup of tea, scrap it and add in a night in Milan – perfect to fly in or out with its great connections – where you can get a buzzy fix in a luxe city hotel. 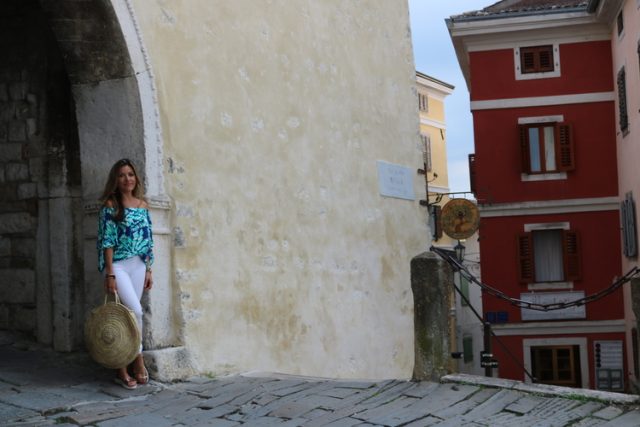 If you’re okay with being on the go and want to craft an experience that blends nature, city vibes, a budget-friendly food escape, and a seaside resort feel, this combo ticks all the boxes without forcing your to spend loads of time in transit. Split brings a beautiful seaside vibe as one of Croatia’s most popular cities. With two days in Split, you’ll get to delve into Diocletian’s Palace and walk the promenade in this historic cityscape. Continue on to Plitvice, where you’ll spend a magical day taking in otherworldly Plitvice Lakes National Park – it’s a must if you’re able to wrap it in to your trip. In Motovun, take in one of the most famous of Istria’s hilltop towns, with its truffle-laden food culture, perfectly complemented by a day of truffle hunting in Istria. Finish up in Rovinj, where the Venetian vibes run strong and every turn brings an incredible photo op.

??Pin it to revisit this when you’re planning your European escape!

There are a million ways you could piece together a trip to Central Europe, and with easy transit options and great infrastructure in Croatia, Slovenia, Italy and Austria, you’ll have options between rental cars, trains, flights and buses to get you around. We opted to rent a car for half of our trip to give us the flexibility to pop around and explore at leisure. Cars are incredibly affordable in Croatia – we opted for Sixt, our international go-to – which equipped us with a great car, GPS + a wifi hotspot so we could easily navigate from city to countryside. To be fair, you could spend a week in places like Venice, Vienna and Hvar alone, but for many travelers, piecing together complementary destinations makes a weeklong getaway feel more comprehensive and robust. Plus, with so many places this beautiful to see, it’s hard to resist exploring!

What would your dream itinerary be for a week in Central Europe?