My cousin and I are currently packing our stuff up and waiting for our laundry to be done so we can make our way to the Metro and the Athens Airport to head to the Amalfi Coast. We spent the last two days exploring the Cyclades: Mykonos and Paros, specifically. Though we wanted to explore famously-gorgeous Santorini, the eight hour ferry ride to the southern part of the islands was a deterrent.

We took a 7:45A ferry to Mykonos on Saturday morning and I tried desperately to spend the four hours working on my dissertation, reading, etc. Sadly, my attempts were only mildly successful. We arrived in Mykonos at around 12:00P, bags in hand with no reservations. We had decided the night before that we would see what was to be had when we arrived at the port. We were immediately bombarded with a thousand hotel marketers trying to peddle their goods. We ended up choosing Paraga Beach to relax and a hostel nearby to stay the night.

If we could go back in time, we would have completely rethought this choice. We ended up waiting for literally two and a half hours for the bus to leave the port and head to Paraga. Tired, hot, sweaty and a little upset, we arrived at the beach at around 3:00PM and moved into our tent for the night. The hostel reminded me a bit of Yosemite’s Curry Village in California: a bunch of glorified tents dotted throughout a massive campground plus room for people who came equipped with their own tents. 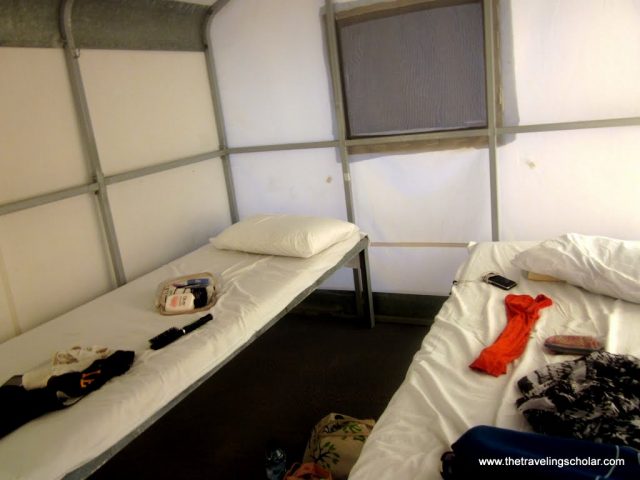 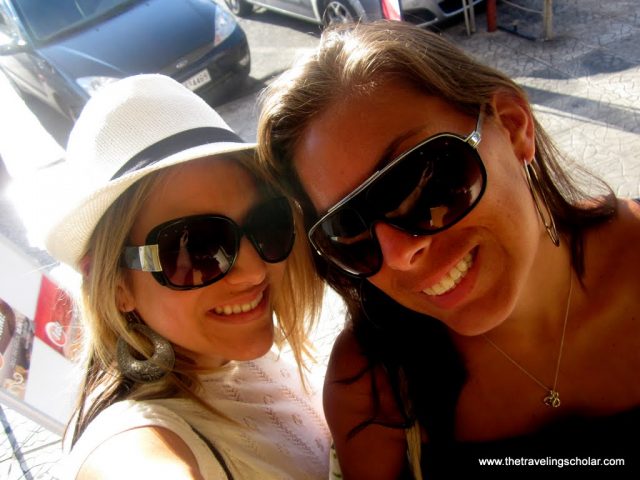 After we got settled, we headed out to the hostel’s deck to have lunch and soak up some famous Grecian sun. Despite the sub-par digs, the area was actually really pretty; very idyllic and very much the image that comes to mind when you envision Greece with the blue-capped, whitewashed scenery. 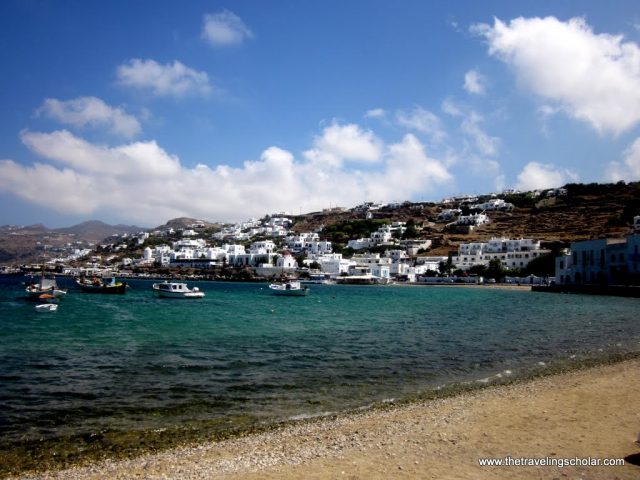 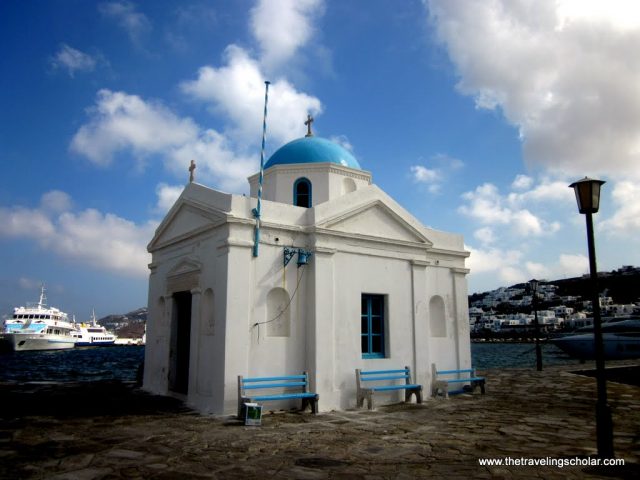 We woke up Sunday morning bright and early and headed out of the beach area and into town by early morning. We grabbed ferry tickets to Paros (and from Paros to Athens) so we could see another island before coming back to Pireaus. We spent our next few hours on Mykonos enjoying beachfront breakfast at Galera, exploring the shops, picking up some postcards and trinkets, and laying out on the sunny beaches by the port. 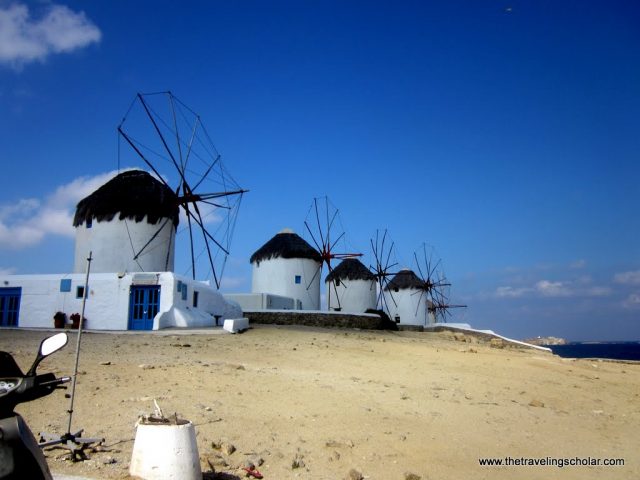 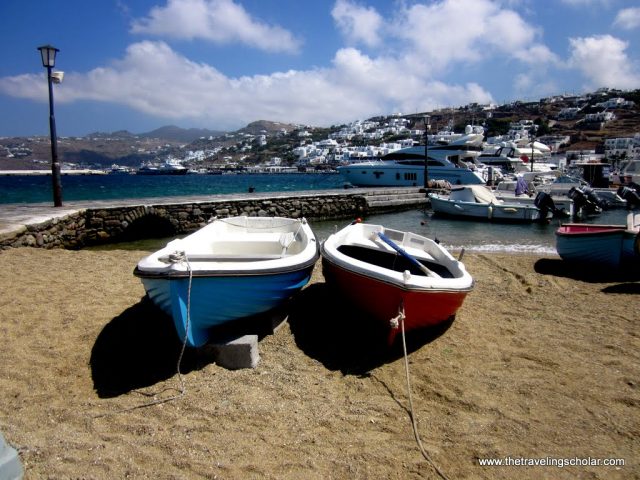 We headed to Paros during the mid-afternoon hours and spent just enough time to take in the scenery and grab a bite. To say it was a whirlwind tour of the island would be an understatement. We stopped long enough to snap a few photos, grab lunch and then re-board the ferry to Athens.

In hindsight, I may have chosen another island over Mykonos. Mykonos, while beautiful, was slammed with tourists during the peak summer period. For some, this may add to the experience. For me, it was a bit of a negative; too touristy to have anything that resembles a local or authentic experience. The landscape and beauty of the space alone is indisputable though; I can understand why Mykonos is a standout for many. For our summer trip, I think Naxos or Paros would have been an interesting option for a longer stay. Regardless, the Cyclades were a great choice for a few days, and a great way to get out of Athens and get some sun. To me, the idyllic postcard mental image of Greece really is the islands; sailing from place to place and island hopping from one sun-drenched island to another.

Greece, in general, has been a bit different than I thought it would be. I’m happy that I visited  but I find myself leaving Athens a bit disappointed. Greece was my number one must-see destination in Europe and perhaps because of that my expectations were too high. I think that Greece as a whole has done an incredible job of marketing. The streets of the capital city were dirty, many of the people we encountered were a bit abrasive, and I generally found the city a bit unwelcoming. While the islands were beautiful (I found the island of Hydra especially charming), I thought that the beaches of Malta and of Marbella were more noteworthy. In any case, I’m glad that I had an opportunity to visit. With a larger budget and a more established island hopping itinerary, I would be excited to go back and explore the area in more depth.

Now, we’re packing up and heading off to the Amalfi Coast — can’t wait to see the dramatic coastline and gorgeous views. This is one place I’ve been particularly excited to see!

Hebron: A Tale of Two Cities