After arranging our RV for a Friday afternoon pick-up, our group headed down to Dublin, California to pop into El Monte RV and grab our ride/home for the weekend. After dealing with all the normal formalities, we headed outside to load up for the weekend and ride off into the sunset.  We had collectively anticipated an RV from 1987; old school and a little worn with a lot of character. Instead, we ended up with this: 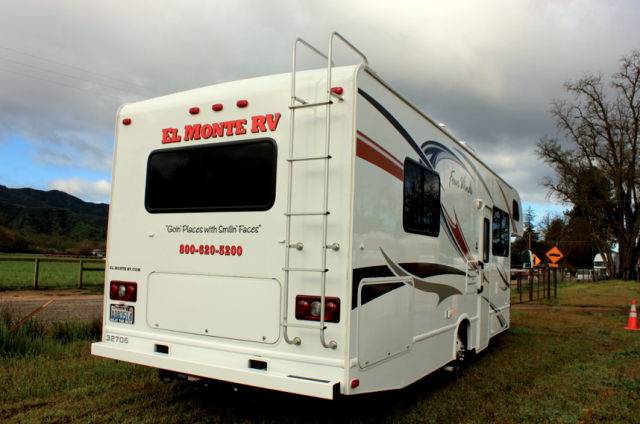 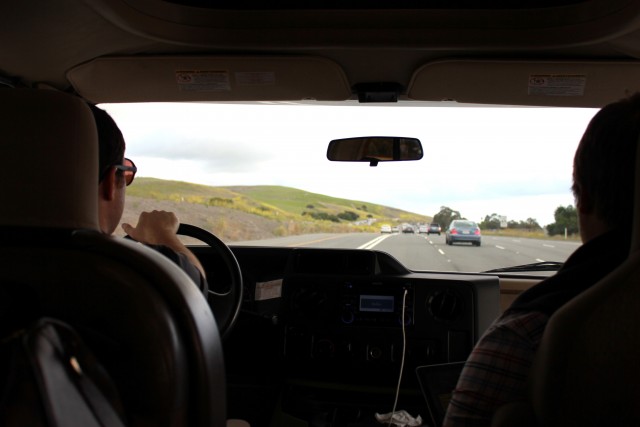 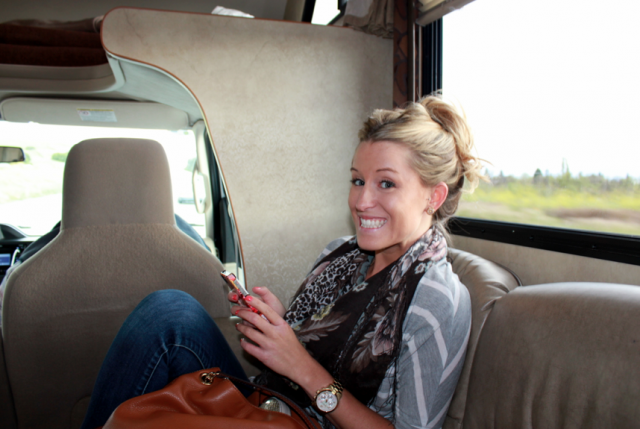 We were able to leave a bit earlier than we had initially anticipated so after passing a few minor bouts of traffic, we cruised South on 101 down to Paso Robles where we stopped for a quick dinner at Cool Hand Luke’s. In keeping with the theme, we decided that most of our restaurant adventures had to live in the Americana vein and this place fell perfectly into that category.

After heading down a dimly-lit, windy, misty road for miles and miles (well, only nine, but it seemed like forever), we ended up in the town/commune of Pozo (pop: 52). With no designated areas for parking or camping, we posted up in the saloon’s parking lot until we had to move it in the early morning. 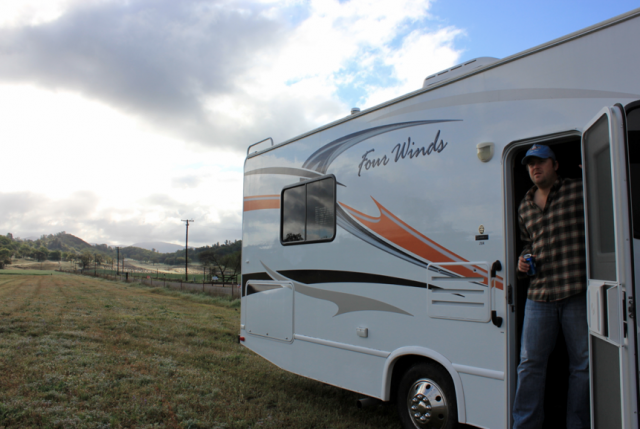 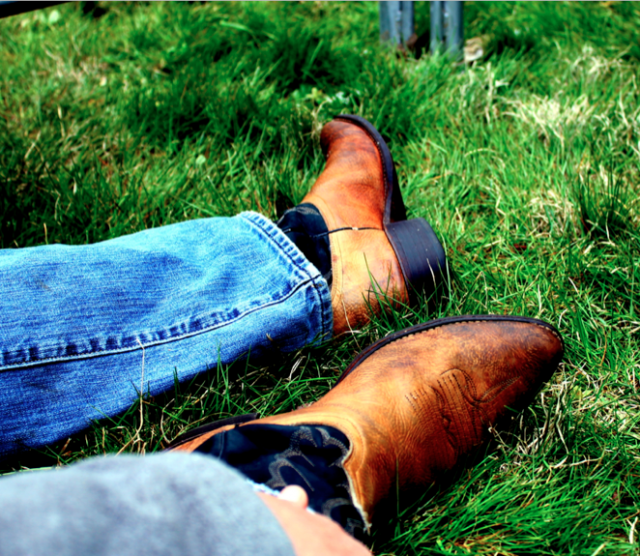 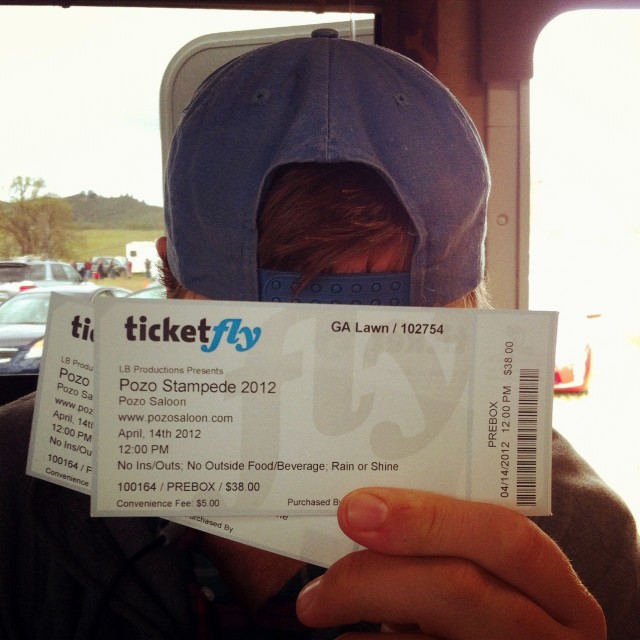 Saturday ended up being a blast from start to finish. With an early morning wake up call, we had a solid 17-hour day of living it up in Pozo and heading to the Stampede at the Pozo Saloon.

The boys grabbed our tickets around noon, and by 2PM we were at the saloon to catch the performers. The Eli Young Band was the reason I had even discovered Pozo. I wanted to see them live and the Pozo Stampede was the only show nearby in California that seemed reasonable. 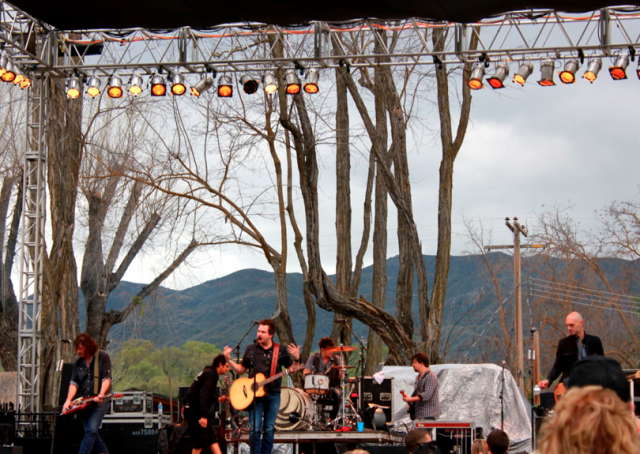 I have to admit, though, Dierks Bentley really took the show. He was amazing. Much more so than I had anticipated, despite him being the headliner. I knew way more of his music than I thought I did and he put on a fantastic, engaging performance. The fact that he was singing as the sun went down didn’t hurt either. 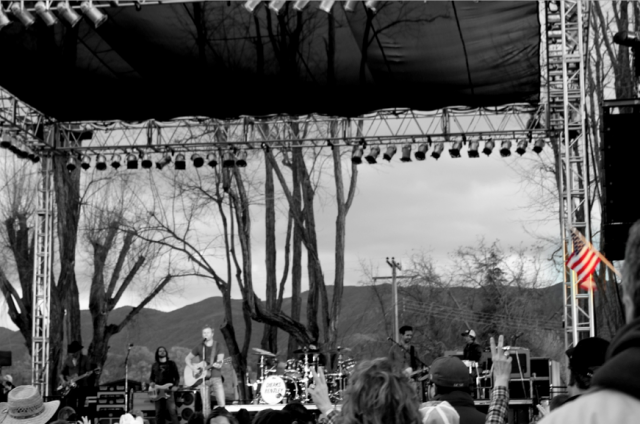 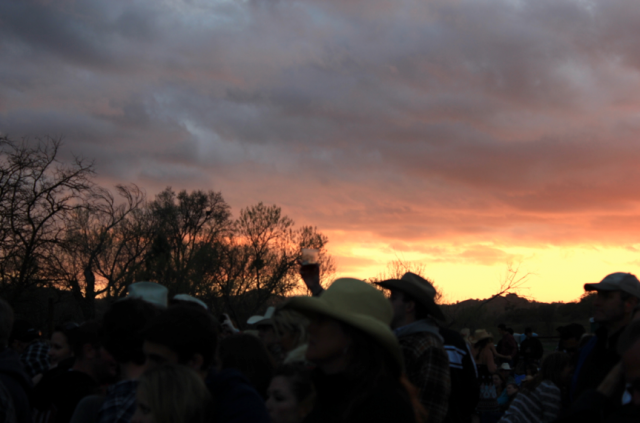 We ended the night hanging out with fellow RVers until everyone slowly started dispersing around 1AM. Needless to say, we met some interesting people and found ourselves inspired to plan another getaway in a recreational vehicle. It does add up a bit if you load on the mileage, but it’s such a perfect way to do a fun weekend getaway within 100 – 200 miles from your home base!

Check back tomorrow as I recap our Sunday wine tasting in Paso Robles, plus an evening pit-stop in Monterey for dinner.