After our fun-filled Saturday at the Pozo Stampede, Sunday was set aside for the drive home. The first order of business after Saturday’s Cheez-It and Sour Punch Straw-fueled festivities was finding ourselves a solid brunch spot. The boys did a bit of research on the way down and found Hoover’s Beef Palace in Templeton, a restaurant that abuts a livestock auction. Not the most veg-friendly sounding place but like most restaurants, they had something that I was able to order. The portions were huge, the service was friendly and the place could not have been any more fitting for our RV adventure. 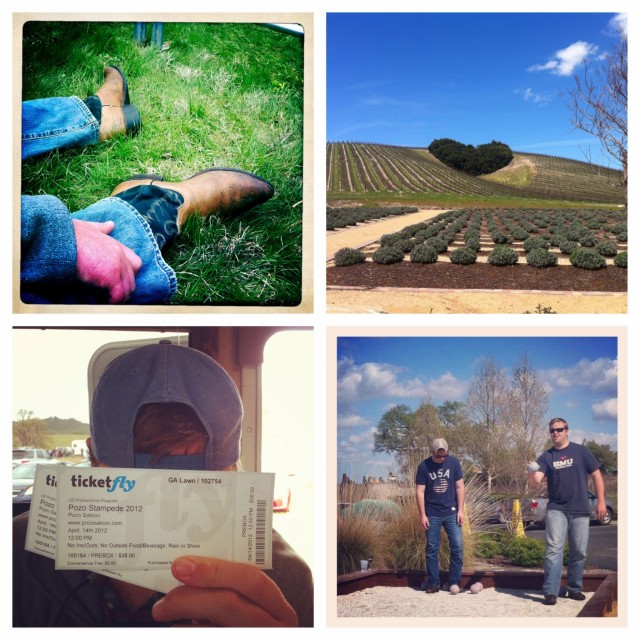 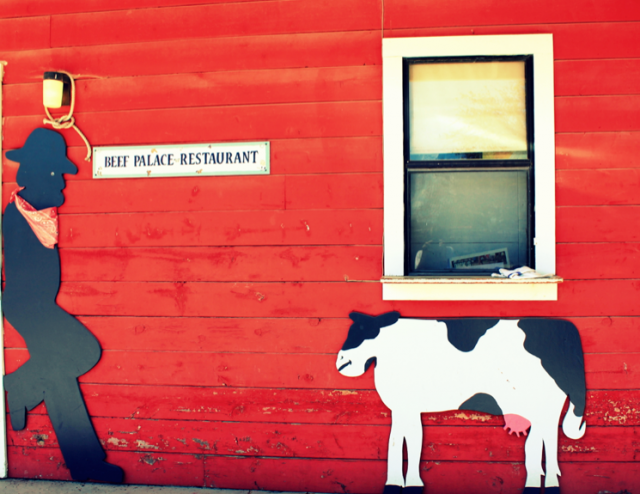 With the weather being in the 70s though, we found ourselves lagging on heading out of the area. With Paso Robles on our way back home, we decided to make a pit stop in the Central Coast’s Wine Country and indulge in some wine tasting in Paso Robles to break up our journey.

Our first stop was Niner Winery in Paso Robles. Their outdoor patio immediately enticed us, so we posted up with a glass of wine and soaked up some sun during the early afternoon. Seeing as how we had zero group pictures at this point, we took the opportunity to snap a picture in front of Niner’s Heart Hill. Not a bad backdrop! 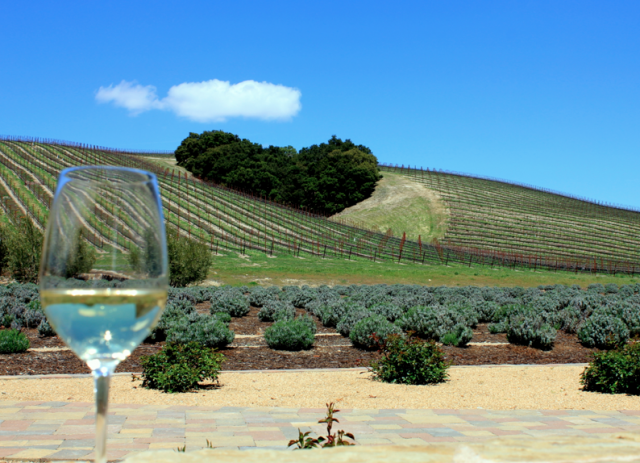 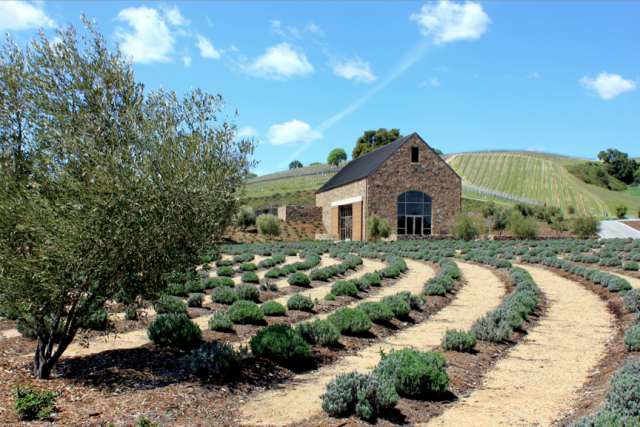 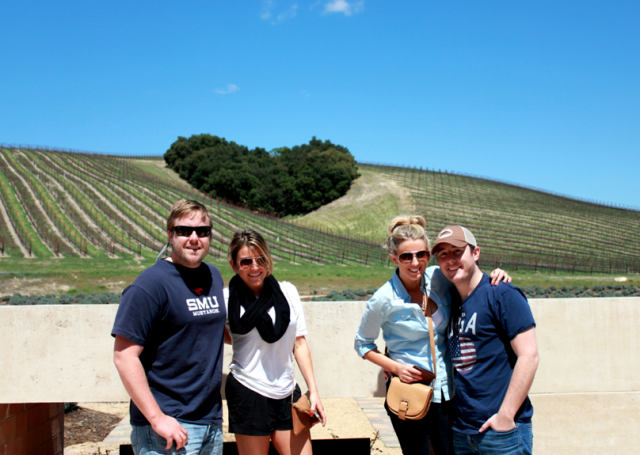 After Niner, we passed through Tobin James Winery for a quick look before heading out to Bianchi Winery for another glass and a riveting game of bocce ball. I have to admit (this is sacrilegious considering my heritage), I had never played bocce ball in my life before this past weekend. Bocce ball is practically the national sport of Malta and somehow we didn’t have a set at home growing up. In any case, the force was strong with this one — Scott and I pulled it together at the last minute for the win. 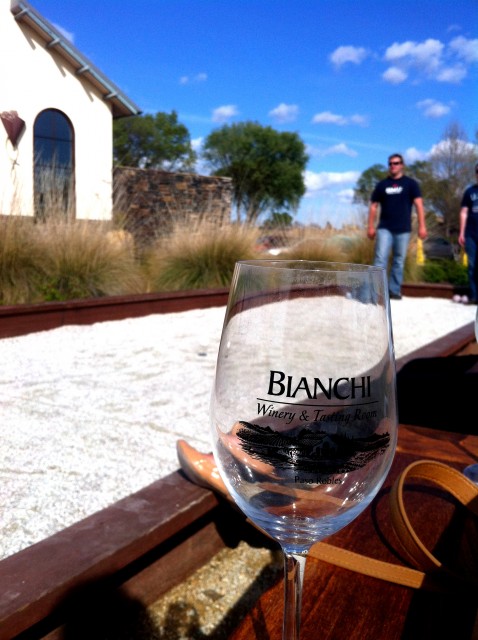 After spending a solid hour at Bianchi, we then saddled up for the ride back to San Francisco. J. & I were hanging out in the back of the RV completely engulfed in a game of Scattergories before we realized that we were heading up Hwy 1 instead of heading back to SF. The boys decided to surprise us with a turn off to Monterey for dinner and we were completely oblivious until we were at the exit. 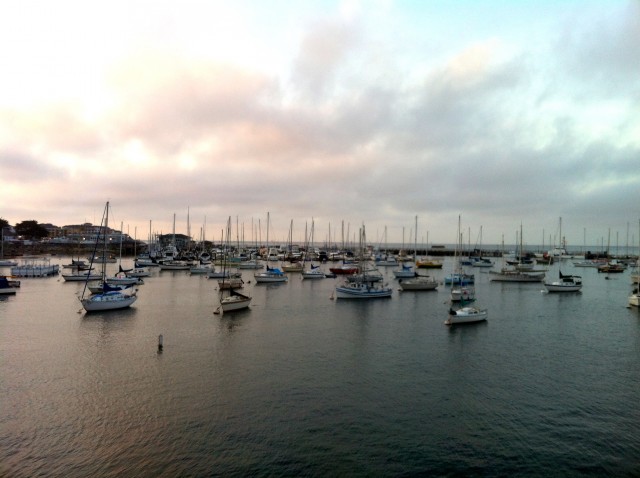 It was a perfect evening for dinner overlooking the water. After taking a jaunt and checking out the pier, we ended up posting up at Old Fisherman’s Grotto for dinner while the sun was going down.

I think we were all pleasantly surprised with how awesome our Sunday ended up. What could have been a fairly wretched drive back to SF from Pozo ended up being an adventure in and of itself. Paso Robles is definitely now on our radar for another weekend getaway and I’ve definitely come to appreciate the fun in RV adventures. Now, we’re just looking for another excuse to rent a recreational vehicle for a weekend (or week…)

Prioritizing Travel in Your 20s & 30s