Photos from Malta + Tips for First-Timers

If you’ve followed my blog at all in the past, you’ve seen photos and read the stories of my trips to Malta in 2009 with my best friend from grad school and again in 2010 with my cousin. Malta holds a particularly special place in my heart because it’s home to a great amount of my family’s heritage. My mother and paternal grandfather were both born and raised on the island (in Qormi and Mosta, respectively), so I grew up with a constant flow of stories about the islands, the country’s unique history, its significance during WWII, and its unparalleled beauty.

Since 1985, the Council of the European Union has chosen various cities throughout Europe to be recognized as the Capital of Culture for a given period of time (I think this is annually, but it may be less frequent than that). There are various pre-requisites to allow a city to participate and there are a number of obligations that a chosen city has in terms of regenerating their space, boosting cultural activities, etc.

Valletta, the capital of Malta, was announced as a candidate in late 2011. Just yesterday, it was officially revealed that Valletta won the title and will embark on its journey reviving and regenerating the city prior to its official reign. Read more about Valletta 2018 here.

For anyone considering making the trip to Malta from the US, here are some tips for your journey to the Maltese archipelago: 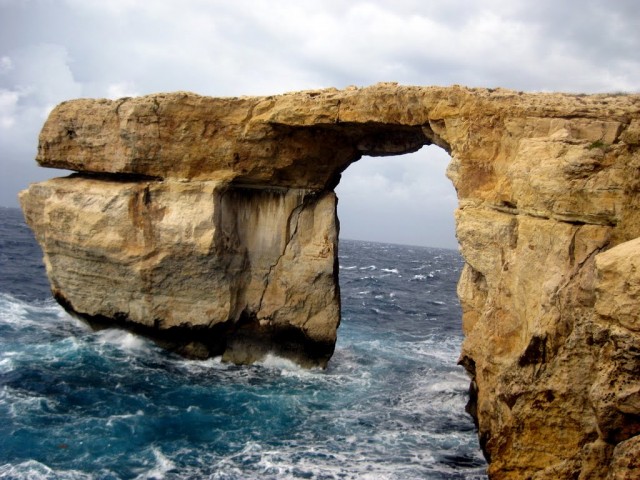 1Many people don’t realize that the Maltese Islands consist of more than just the main island of Malta (kinda like Hawai’i). Out of the five main islands, only two are really inhabited: Malta and Gozo (‘Għawdex’ — pronounced ‘OW-desh’ — in Maltese). Okay, Comino is technically inhabited… by one family. As much as I like Malta, I loved Gozo. It’s a much smaller island, with a much smaller population (speaking their own dialect of Maltese, too), but there’s something fantastically unique about it. You can rent a farmhouse in Gozo and spend a couple of days on the beach. Also visit Calypso’s Cave, such a pretty sight. While you’re traveling, keep in mind: Gozo is alleged to be the inspiration for the Isle of Calypso in Homer’s Odyssey.

Read about my trips to Gozo here and here.

Wrap this into a bigger trip.

2Malta is amazing and very culturally rich, but it’s also verrry small. My mom has made the trip on a couple of occasions and spent six weeks on the island, to which I respond, “What in God’s name did you do for six weeks?!” I can honestly say that you can see so much of the island (including Gozo) in 4 – 5 days, that spending more than that seems a little excessive to me.  That’s more than sufficient for seeing the major cities/towns in Malta, experiencing some of the nightlife in Paceville (pronounced PAW-chay-ville) and even doing a day trip. Of course, if you want to take a deeper cultural dive, that’s great, too. When you have limited vacation time, though, and are flying half-way across the world, I think it would be awesome to make this part of a broader trip. You could do Malta/Italy (easy flights from Valletta to Rome), Malta/Greece or even Malta/North Africa. For me, an ideal trip to Malta would be seven days including two days and one night in Gozo.

Also worth noting, summer is a big travel time to the Mediterranean, but Malta gets hot (like, whoa) in the middle off summer. I went in December and in July (two extremes) and would wager that April or October/early November would be ideal. That goes for traveling throughout the Med broadly. Avoid the summer when it’s crazy tourist season (and excessively hot), and save some money on travel, bookings and enjoy a bit more of the genuine culture.

Have any of you been to Malta? What are you favorite spots? Share your travel tips and must-sees below!

My Biggest Travel Epiphany of 2015