Our third morning in Tiberias marked the start of our final full day in Northern Israel. We had one last day ahead of us before we would begin the scenic journey to Jerusalem to finish out our trip. Our first stop for the day was Nazareth Village, a tourist attraction that was vaguely reminiscent of those old forts that you’d visit on an elementary school field trip (you know, the ones where people are dressed in Puritan garb and teach you to make candles from wax?). Locals – children and adults – were replicating what we’d expect life to be like 2000 years ago. The purpose is essentially to see what Nazareth, now a crazy busy city, would have been when Jesus was alive. I’ll be honest: this was way better and cooler than I thought it would be. I imagined something over-the-top kitschy, but the guide was great; informative but not verbose, which we all appreciated. We walked through olive groves, glimpsed ladies making yarn from cotton (something I legitimately had never seen done before), and watched woodworkers honing their crafts. 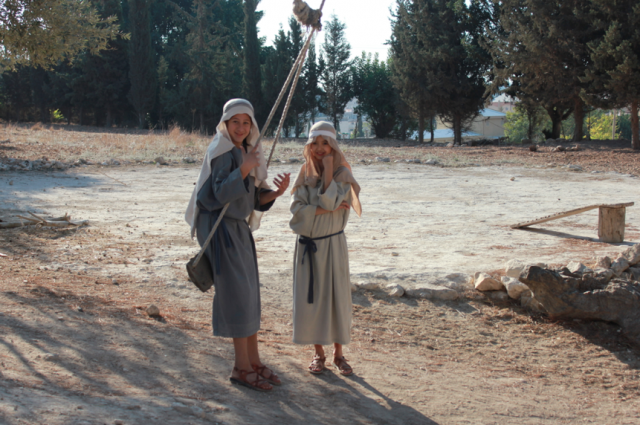 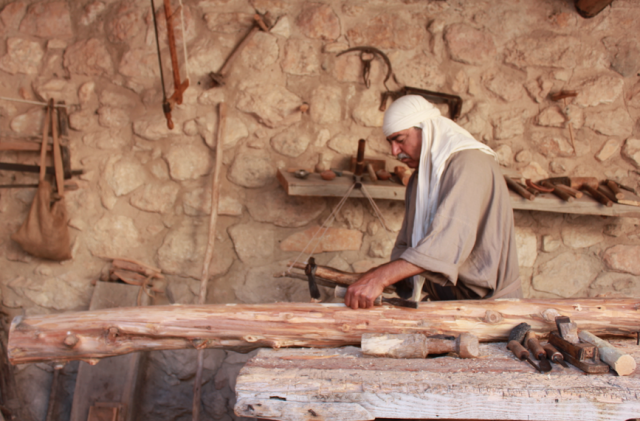 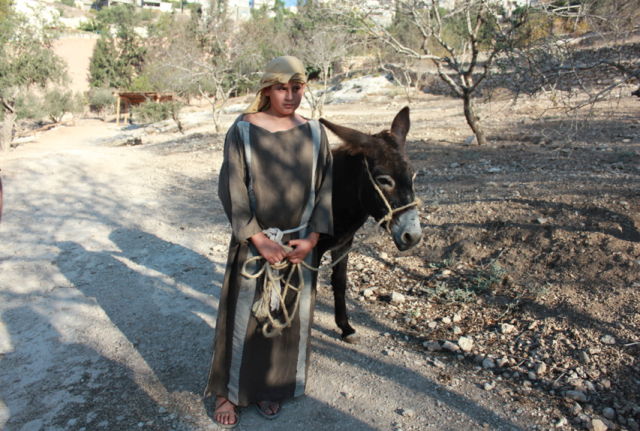 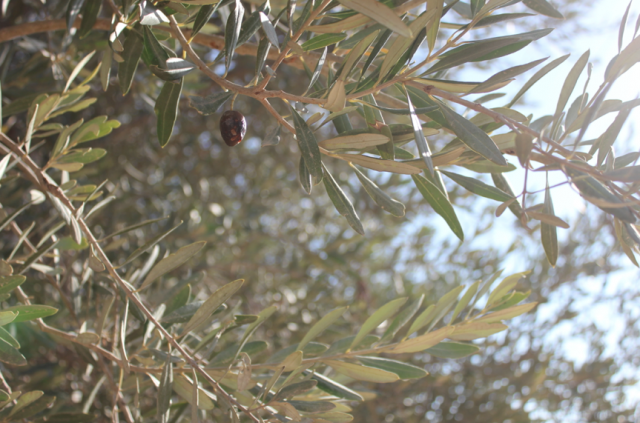 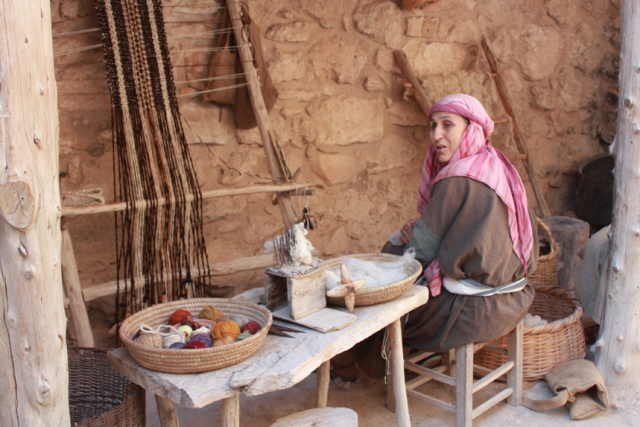 If you were traveling solo, you could conceivably spend time beyond the tour roaming around and sitting at the various workstations with the artisans. We were with a group so we visited each station for long enough to take a glimpse, hear the history and cultural significance, ask questions, and move on. Also, if anyone’s wondering what olives straight from the tree taste like, Scott decided to try one that was on a harvest-ready olive tree. I wish I could have captured his face after trying one just to confirm that you cannot eat olives straight from the tree. Well, I guess you can, but they’re less than palatable without being properly prepared. It’s a shame – we thought we had hit the jackpot with these bad boys in Israel – olives everywhere! 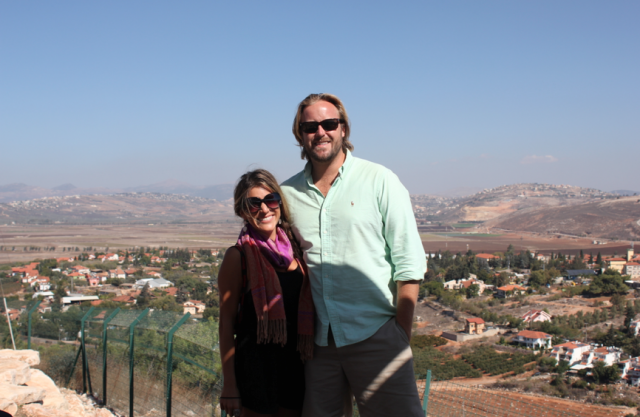 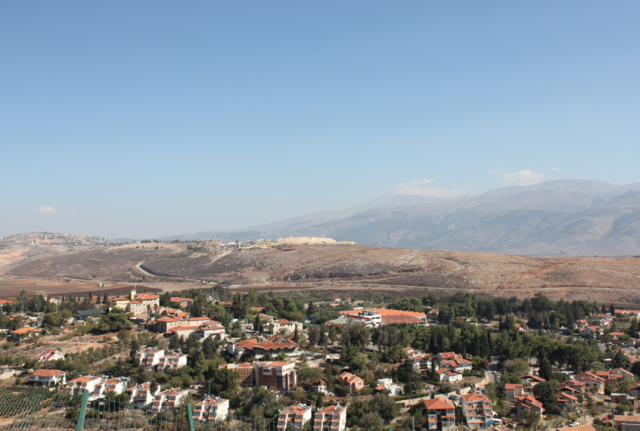 From Nazareth Village, we headed north. Far north. The northest north that you can get in Israel. We were right on the border, high up on a mountainside where we could see Syria and Lebanon stretched out in front of us. The borders were in eye shot, and one of the most stunning things was that there weren’t loads of IDF forces patrolling those borders. At first glance, they look incredibly porous, like you could step across an imaginary line and be in Syrian territory. There are fences though, and in true Israeli fashion, these are incredibly high-tech fences equipped with surveillance cameras and sensors. They can tell who – or what – is crossing the border.

Since I have failed to really mention this thus far, I do have to say that Israeli’s defense is a pretty incredible entity. Forces are highly trained and are very present in areas where tension exists (e.g. when we were stuck in the West Bank after our bus broke down, a number of IDF soldiers magically appeared around us). Some of the soldiers are fresh out of high school — we saw a group of 18-year-old soldiers composed of both men and women chatting and laughing together while walking around Temple Mount — but knowing the training that those ‘kids’ have gone through is enough for anyone not to dare cross them. As we heard from many that served, the training that soldiers go through is rigorous and the outcome is that Israelis broadly have an incredible sense of national pride in addition to a mean skill set with weaponry. It’s actually quite remarkable. Add to that the genuine tech-savvy and intelligence that’s being bred within the country (look at the Technion for a prime example) and you have one incredibly strong, incredibly savvy force.  All of that being said, we never felt unsafe. Maybe that’s part naïveté (it very well could be), but being in Israel felt secure for the most part, and there was a distinct comfort in knowing that they take their security so seriously.

We did set foot in the Golan Heights, but not nearly long enough for my liking (such is life when you’re part of a tour). The Golan Heights are another incredibly complex region, and like the West Bank, the Golan was annexed during the Six Day War (from Syria). Also like the West Bank, it’s a bit contentious though it doesn’t get quite the attention that Palestinian Territories do. Aside from that whole political deal, the region is known very much for one great thing: wine. We didn’t get to go wine tasting in the area (though this is definitely something I would have done if we were planning on our own), but we tasted wines coming out of this region and I will say that they are fantastic (coming from someone with a pretty humble palate). Other, more sophisticated wine drinkers confirmed this. What we saw of the Golan Heights was markedly different from your typical wine country tableau; we caught glimpses of where the Six Day War was won and signage about land mines that still exist in the area. 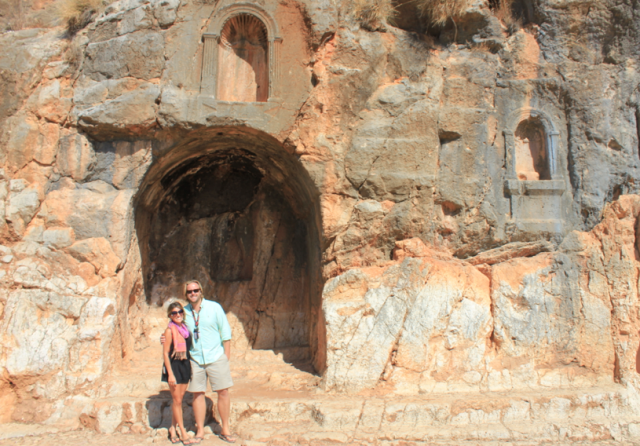 From there, we visited Caesarea Philippi before making our way back to Tiberias for the final evening. Caesarea Philippi – not to be confused with Caesarea which we had visited on our first day in Northern Israel – was an ancient Roman city with shrines to the Greek god Pan. Our time was brief so we only had time to meander around a few of the main ruins (they were fine, though nothing mind-blowing), but there is a hike that takes travelers higher up for more comprehensive views.

To end our day, we headed back to Gai Beach Resort. We wanted to be there before the sun set because we had a night of baptisms ahead for many people in our group. For some, it was a first. For some, it was a confirmation of sorts, and for some, it was just an added, memorable layer to this journey. Scott and I watched from above as the sun set on the Sea of Galilee, a really stunning and emotional backdrop for a special event. I tried to capture the full extent of this on video but of my camera failed me when I needed it here. What you can’t see – or hear – is everyone singing as each duo stepped up to the pastors and got a dip in the sea as a symbolic gesture of their baptism. 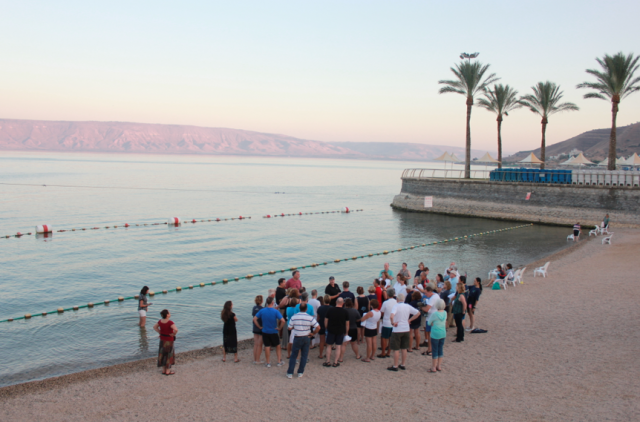 All in all, a pretty magical ending to our time at the Sea of Galilee. Having now been there, I ask myself: would I go back to Northern Israel based on what we saw and what we experienced?

It wouldn’t be my first choice for a return trip, but yes. I would go back to Jerusalem first, without a doubt, because Jerusalem is truly an indescribable unique city. It’s incomparable, and words fail to do it justice. That being said, the Sea of Galilee was an entirely different feel. If we hadn’t been on the go from sunrise to sunset, I could imagine myself actually relaxing here. Seeing the sun rise every morning was one of the more indelible images for me – so vibrant in how it lit up the sky and glistened on the sea. I had read that Tiberias is one of the kitschier towns in Israel but I didn’t necessarily feel that, though we didn’t spend a great deal of time in Tiberias. My closest comparison (and I feel badly for making this comparison considering we’re talking about the Holy Land here) is that our experience on the sea in Tiberias felt a bit like Lake Tahoe’s South Shore. Like the South Shore, the vibe here feels far more laid back than it does luxe. The backdrop is straight out of a picture, and the colors tint the sky a million hues throughout the day. The water is clear and pristine, and the sun burns as hot as summer days in California. The weather is pleasant at night, warm enough to sit outside to dine al fresco. It’s pleasant. It’s green, it’s warm and it’s lovely, and while it doesn’t have the same texture and richness as Jerusalem does, it’s a nice add-on to a broader trip.

Have you been to Northern Israel? What did you think? Would you recommend it?

Hebron: A Tale of Two Cities