Israel: The Road to Galilee

Following our time with Abraham Tours, which was nothing short of spectacular, we headed up to Tel Aviv to meet up with Scott’s parents and a larger church tour group from California to embark on a 9-day tour of the holy land. We would typically never join a tour group of this size (there were two large tour buses for this), but due to logistics and perceived safety issues before leaving, we thought a tour group would give us a sense of security, plus a more layered experience with deeper insight. I’ll do another post at a later time candidly detailing both tour experiences (with smaller-scale Abraham Tours and larger-scale Inspiration Tours) to provide a bit of insight when you’re booking your own trip.

We had no time in Tel Aviv, and that was intentional. We arrived around 10:30PM and departed the next day at 7AM or so. Tel Aviv, a super cosmopolitan beachfront city, is a draw for many, and the feel is entirely more Mediterranean than Middle East from our brief encounter. For us, coming from a beachy home, the goal was to have a more cultural experience than a beach getaway. With limited time, Tel Aviv was cut from the list. (We also didn’t get time in Haifa, which was unfortunate, as Haifa looks to be a stunning area!) 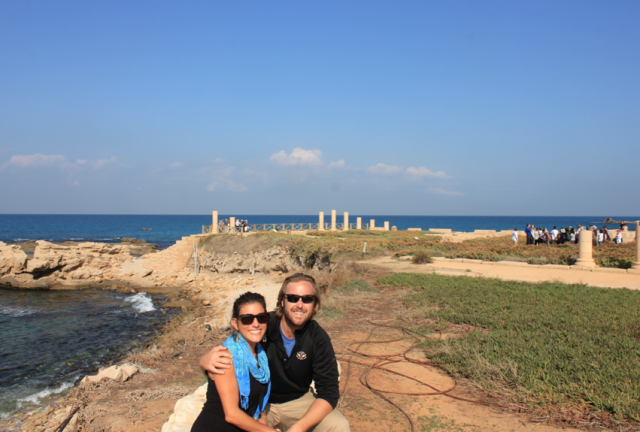 So, it was with excitement and a bit of trepidation that we loaded up our bus the next morning, not really knowing what to expect of a tour. We had to wear those goofy little ear pieces – you know the ones that hang around your neck and make you look like a Secret Service wannabe –  each time we disembarked the bus so we could hear our guide (they call these gadgets ‘Whispers’). We also had name tags which I rather defiantly refused to wear (though I did keep it in my bag in case I was called out). Some people enjoy tour groups, but I find them kind of embarrassing at times and I didn’t want to be marked. So, loaded up on the bus with 48 friends, we headed north up Israel’s Mediterranean coast.

Our first stop was the town of Caesarea, not be confused with Caesarea Philippi which is a totally different thing entirely. Caesarea is a pretty seaside town with a few Roman ruins, but mostly a really beautiful view. The water here is classic Mediterranean, that deep sapphire blue that washes up against the sand and the beige-colored buildings. Had we been traveling here independently, it would have been a great place to sit out with coffee or lunch, actually somewhat tranquil despite the number of tourists. We only had about a half hour to explore and no free time to do our own thing which limited our adventures in the area. For those who have longer to enjoy the seaside town, there’s a golf club and a winery nearby. 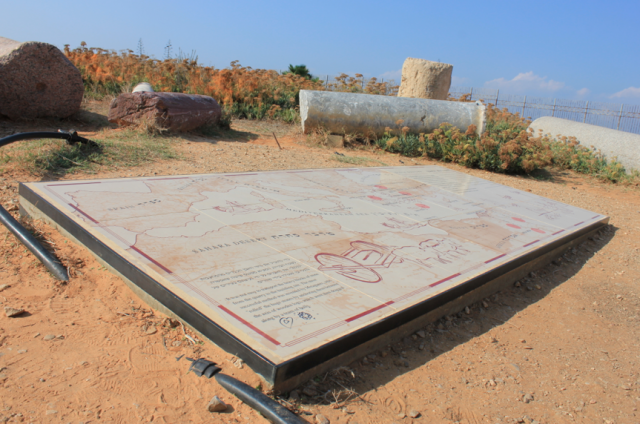 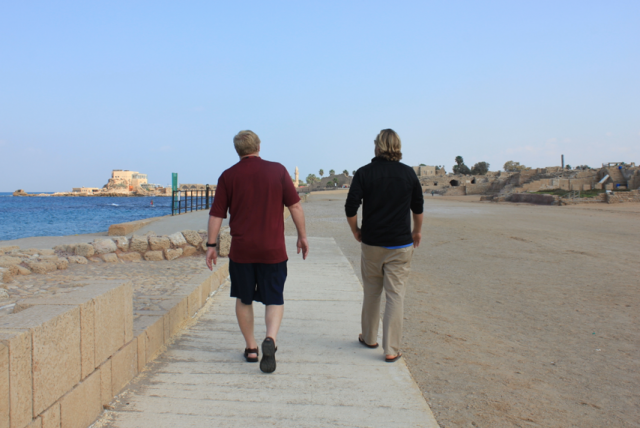 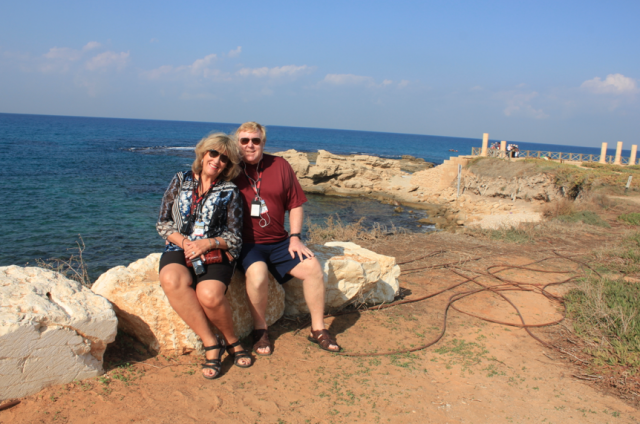 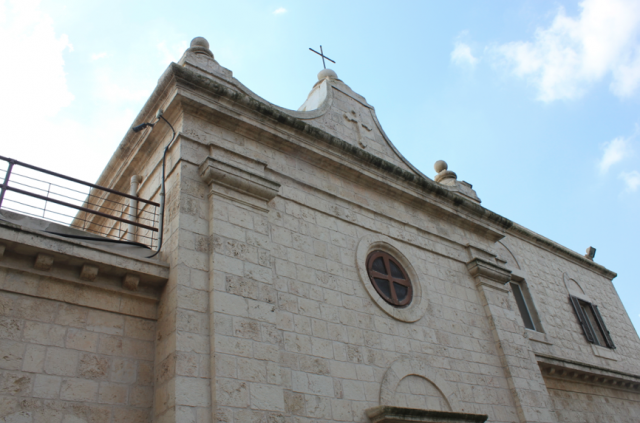 After our brief time in Caesarea (it really was pretty and I wish we could have had a bit more time to marinate there), we were headed to Mt. Carmel, a famed Biblical site but also a holy site for Baha’i and other Abrahamic religions. Mount Carmel is a mountain range, and our stop we headed up to the Discalced Carmelite church where we could glimpse the Jezreel Valley below. The site was beautiful, but it was as if every other tour group got the same memo: let’s all crowd together on this platform and elbow each other for the best view. As lovely as it was, it would have been even more beautiful having been able to experience it with the quiet and zen moment that it deserves to really be relished. Check out these views though: 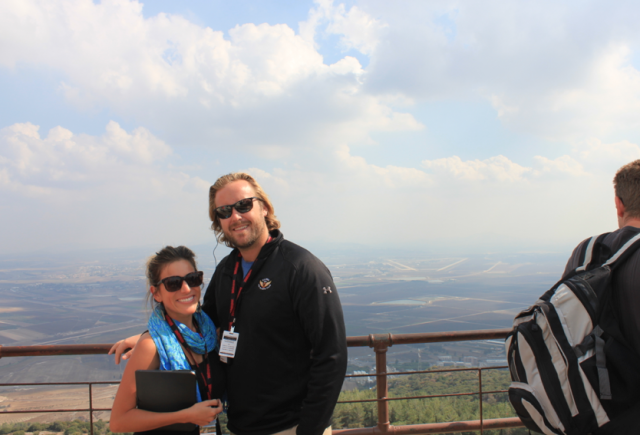 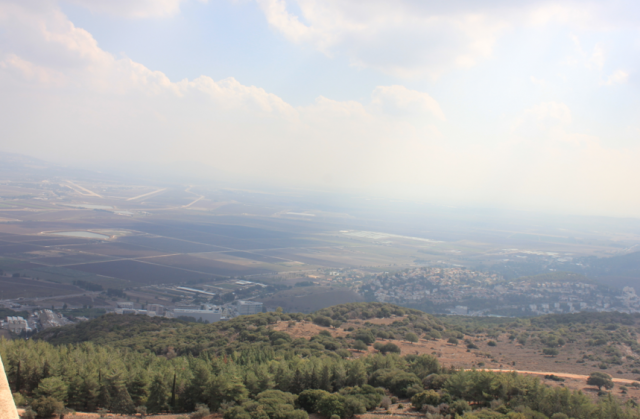 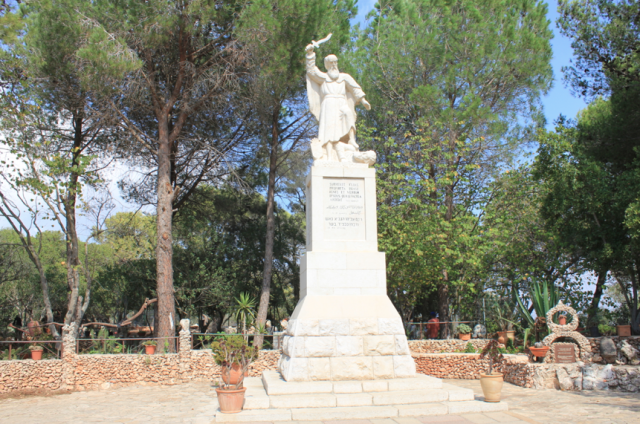 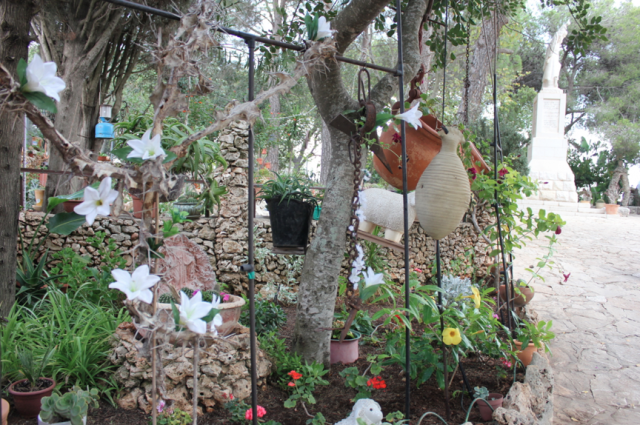 We were still en route to our final destination, the city of Tiberias on the Sea of Galilee, and we had a couple of more stops before we would meet our hotel and get settled in for our first evening in Northern Israel. Our final stop for the day was Nazareth, where we headed to Mount of Precipice so we could view the city below. Most of us will know Nazareth as the city of Jesus, where he spent his formative years and performed many of his most famous miracles. Cana, a nearby city, was where his very first miracle was performed. Naturally, all of these famed biblical sites look much different now. Nazareth, which I’d envisioned being enchanted with its incredible history and religious ties, is actually a rather congested city with trash burgeoning from the hillsides, and graffiti (not street art – just plain ol’ graffiti) smacked onto the walls around the city.

I think many visitors (myself included) envision the Nazareth of 2000 years ago; not a realistic expectation, but a pretty normal expectation nonetheless. The city has developed over two millennia, of course, and its growth has brought a lot of modern technology, infrastructure, and normal development issues. 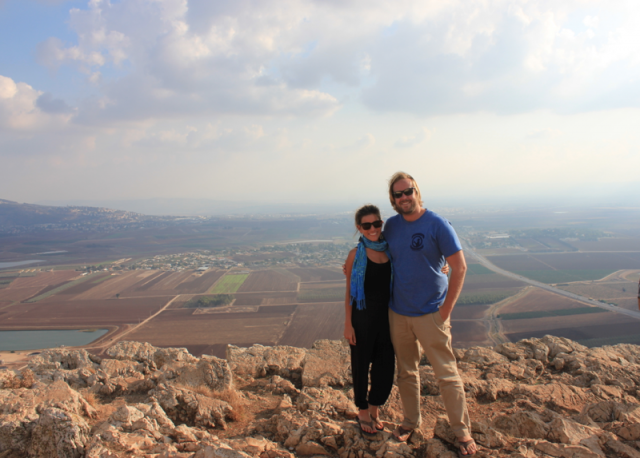 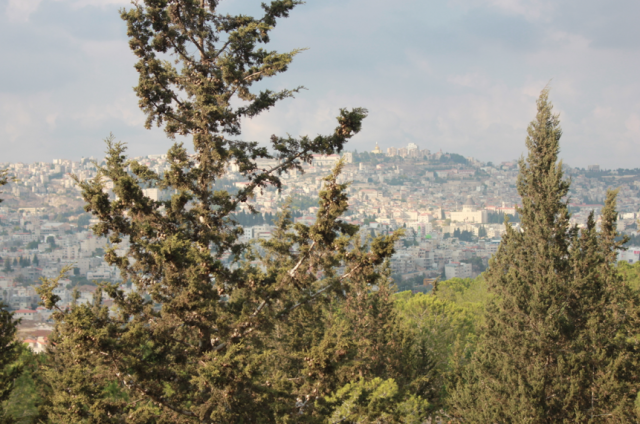 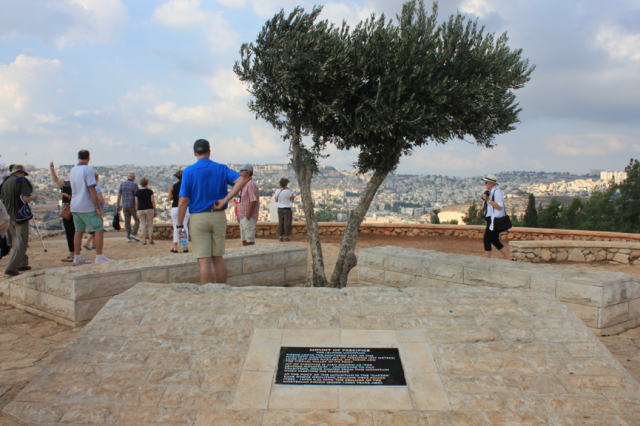 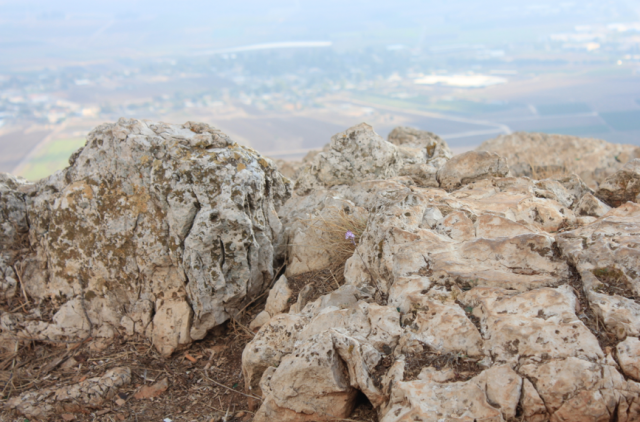 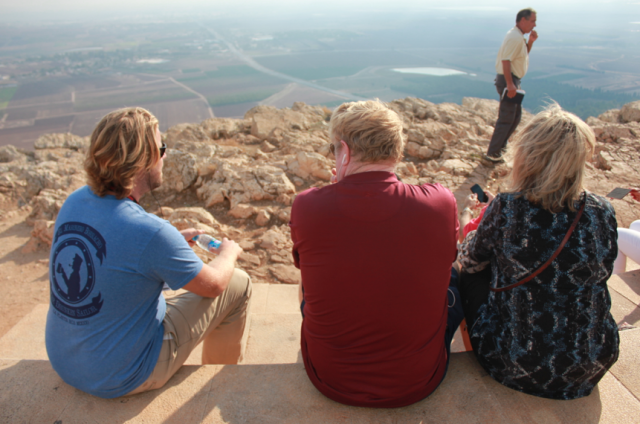 After Nazareth, we were on the final stretch – the road to Tiberias, a seaside town that someone in our group likened to the Santa Cruz of the region. Other Israelis make their way to the sea during warmer months for a resort feel and easy getaway. Nothing is overly fancy and luxurious but it’s charming, and the views – especially the sunsets and sunrises! – are fabulous. For the next three days, we’d be based at the Gai Beach Hotel. Despite the hotel’s shortcomings on the room quality and the service, it boasted a pretty spectacular location, set smack dab on the Sea of Galilee. 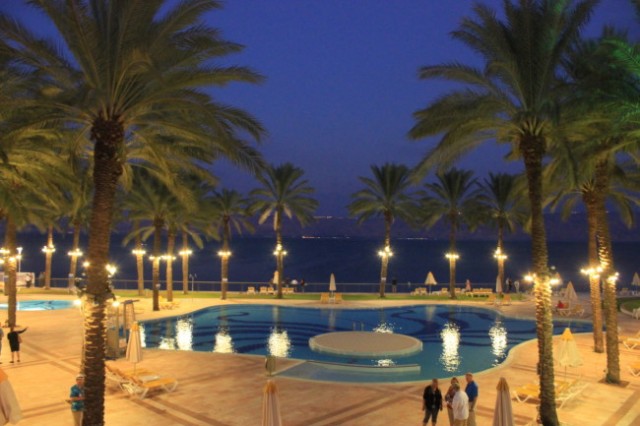 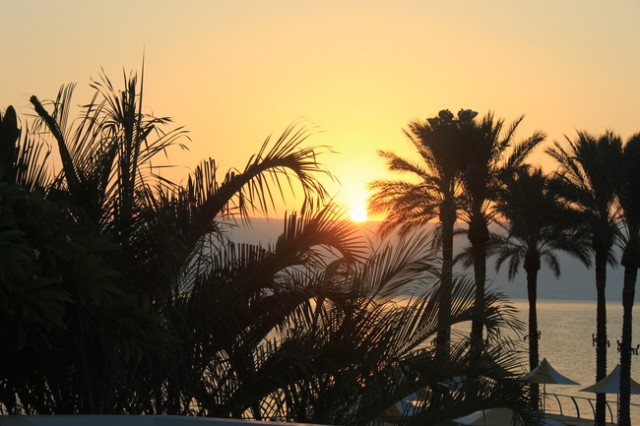 We toasted to our first night in Tiberias with a huge outdoor buffet – complete with hummus bar, yum! – which was dazzling. Of all the nights we experienced the oft-dreaded buffet experience, this first night was actually really wonderful. Unlike Jerusalem, where temps were dropping into the low 60s during the evenings, Tiberias’ nights were warm, reminiscent of California summer nights, which made it perfect for a long, drawn out meal under the stars.

Stay tuned to see photos from sailing the Sea of Galilee, hearing a sermon on the Mt. of Beatitudes, and floating in the Dead Sea!