Honduras’ busiest airport is San Pedro Sula, a city in the northwest corner of the country. The city’s been referred to as the most violent city in the world, with the highest murder rate outside of a war zone. The murder rate in the US (as of 2013) was 4.78 per 100,000 residents. In San Pedro Sula that number is 173 per 100,000, making it 36 times higher than the United States. The Honduran average is 85.5 per 100,000, which highlights the fact that San Pedro really pulls up the average on its own.

For anyone in their right mind looking at those statistics, Honduras would not be classified as a safe country. This was the warning that Scott saw as we began researching for our trip to the country:

Yet our experience in Honduras was something different. As I mentioned to people who asked us about our trip, I don’t know that I would have thought to feel nervous or uneasy had I not read those stats going in. I found myself being hyper vigilant during the first couple of days. I was tense when we arrived at the airport and when we exchanged money (as I shared in a previous post). I felt a bit uneasy during our cab ride to the resort, and when we walked around Tela during the evening, we were sure to be on well-lit roads after dark. These are all rather common sense things that we would probably do anywhere, but we found ourselves a bit more on edge than normal during the first 48 hours. By then end of day two, I almost felt bad for feeling that way. I was hugging my purse to my side and looking at everyone like they were a potential criminal when in reality everyone was incredibly friendly and welcoming. As I said, had I not read that I should be worried, I wouldn’t have actually been worried at all.

We had a number of great conversations with locals that were rather enlightening. During our boat ride on Lago de Yojoa, Ronaldo said to us (unsolicited), that while they didn’t have much money, it was a great place to live [referring to his community, Pena Blanca] . You’ve heard people say this before, that money doesn’t buy happiness, and he was essentially telling us that this was true, which is always a refreshing observation coming from lands of relative luxury and Keeping up with the Jones’ mentality. 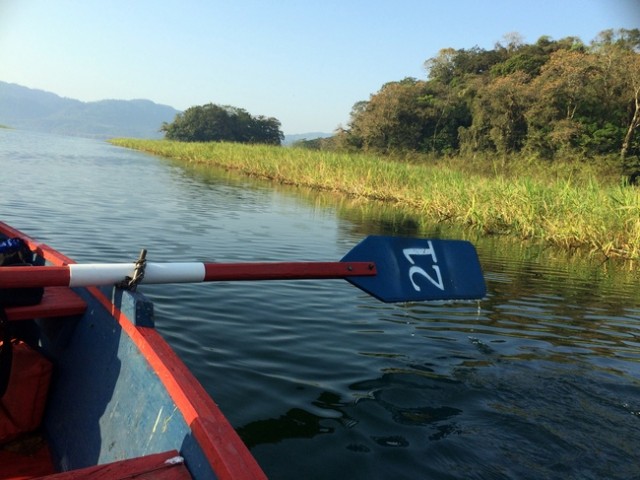 When we dined out in Tela, we got to enjoy being in a beautiful place that’s inexpensive by most standards. The value here is truly remarkable. Beyond Indura Resort where the prices are more in line with what you’d expect to pay in the US, our fanciest dinner (at Maya Vista) cost us about $20 per person with appetizers and drinks. We got to soak it all in, order what we wanted, and truly enjoy our experience together without worrying about costs.

That rarely happens with a range of budgets and tastes present. 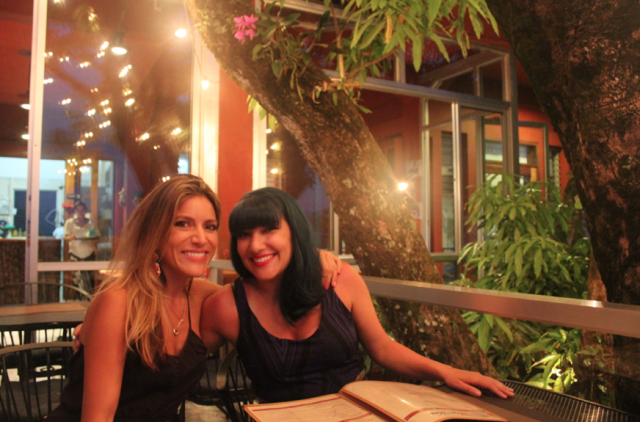 Our adventures were some of the best we’ve experienced to date: zip lining over Honduras’ biggest waterfall, touring behind the waterfall, and extreme spelunking in Taulabe Caves. While we did notice that the regulations were pretty lax (that’s an understatement), that fact was actually a major highlight for us. We were able to experience adventures that were a bit more off-the-beaten-path, and were able to do things that we wouldn’t be able to in many parts of the world. We’re also responsible enough to know our own limits and know when an adventure is too much and too risky. Despite being led through tours solely in Spanish, we felt totally safe and comfortable. Our guides were all fantastic and very aware of our comfort levels. 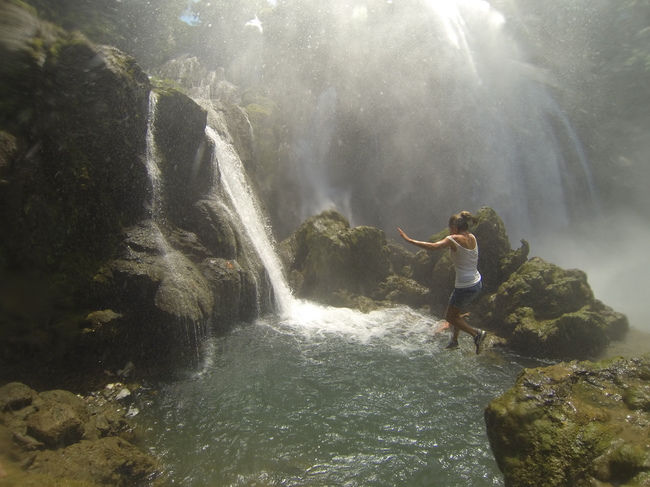 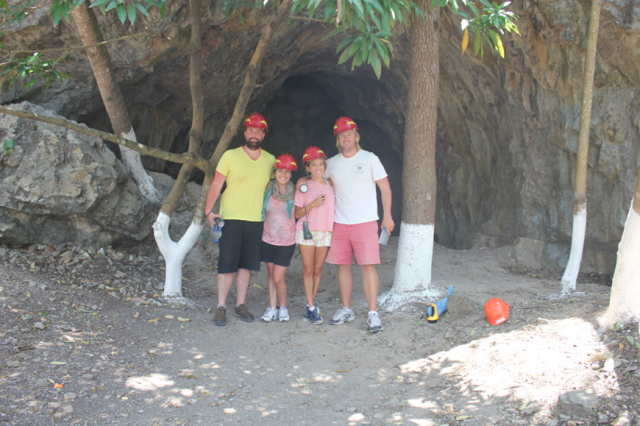 And then there was the lounging and bonding which was undeniable perfection. Indura was a very special, unique experience for us. They take great pride in safety of their guests and the staff is wonderful. During our time in the country, we chatted with a few people and addressed the state of Honduras: where it is currently, where it’s been and where it’s going.

Without a doubt, Honduras has been through rough times. Like many of its neighbors, it’s suffered from political instability and is working to overcome many of the obstacles that are prevalent in developing nations: corruption and crime, standards of healthcare and primary education, opportunities for youth, etc. When we talked about the current state of Honduras with cab drivers, especially related to crime, we heard the same story from many: much of the crime is concentrated in San Pedro Sula (as you can see by the stats), and places beyond that aren’t victims of quite the same level of violent crime. As we’re all aware, the gangs are the root of the issue. Actually, illicit drugs are the root of the issue and gangs are a byproduct. Violent crime isn’t targeted at tourists, but our drivers were pretty candid with us in saying that gangs essentially run San Pedro Sula. From what we gathered during our all-Spanish conversations, they have to pay the gangs that run the area which makes life incredibly difficult. This article that appeared earlier this year verifies this: apparently it’s a ‘protection tax’, and that’s the gist that we got by hearing these stories.

That being said – and all of that is very bad and very frightening to imagine in reality – there are beautiful areas beyond this bubble. What we saw and what we experienced didn’t reflect that violence and desperation at all, actually. We drove down roads that we perfectly paved (we were honestly all in awe of the quality of infrastructure in this respect), and witnessed true untouched beauty. 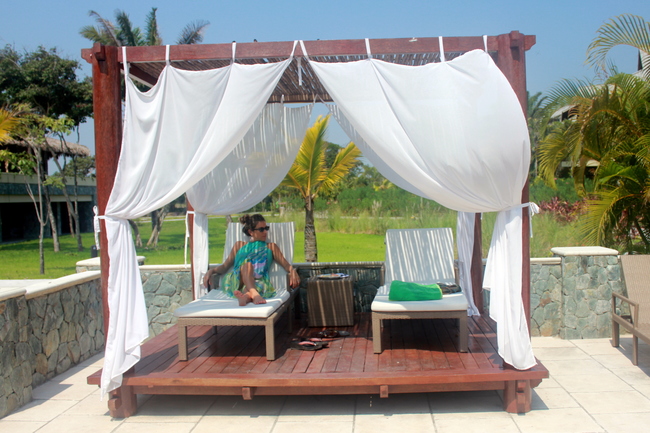 And where is Honduras going? Well, it’s hard to say, but as we watch places like Nicaragua rise and develop their own tourism industry, I can’t help but think (or hope, at least) that Honduras will find a niche of its own. The presence of Indura is an interesting thing, actually. It’s a gorgeous resort, not unlike Mukul in Nicaragua, really taking a leap and trying to do something that hasn’t been done in the area. With a resort like this comes more employment and ideally a little economic boost. The presence of this place alone shows that there is a group of investors that has hope in Honduras’ future. They have hope that it will move away from its troubled past, and it provides something that is so desperately necessary: opportunity. After experiencing this beautiful place, I truly hope that this is just the beginning of a new wave of something wonderful.