My wrap up for our Israel trip is finally coming to a close and I have so much more to share about our holiday trip to New York and some upcoming adventures that I’m really excited to experience. I would be remiss to not touch on one final topic though, one that struck me early on during our time in Israel, and one that I knew I had to share: media vs. reality on the ground when it comes to visiting Israel (and the West Bank and Jordan, for that matter). 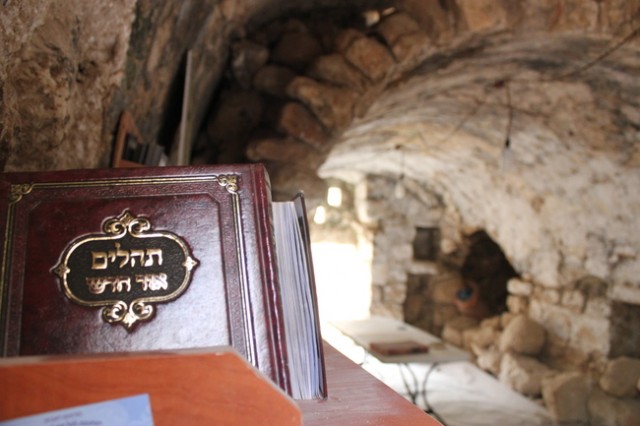 When we were gearing up for this trip, there was one common sentiment expressed by friends and family before our departure: be safe.

Had we been jetting off to Paris or to the Amalfi Coast, we would have likely heard things like, “Amazing, enjoy!” or “Oh, I’ve always wanted to go there, have fun!” This trip was different, though. Not one person said, “Oh, I’ve always wanted to go there!” Instead, most people said, “Now? Why?” Or, from supportive friends and family who still thought our actions were a bit questionable, we’d hear the universally shared sentiment: be safe. I’m sure people genuinely hoped that we would have fun but what people felt and shared was a deep-seated concern for our safety in the region. Be safe as you go to the Middle East, an area that the media has told us is replete with terrorism, human rights violations and a million other soul-draining realities. None of that was said, of course, but mainstream media would lead us to believe that these are realistic concerns on the ground as travelers.

I get it. I really do, because none of us are really immune to that feeling; that concern over venturing into unknown territory where linguistic and cultural barriers exist. I still have those feelings when I hear about my LSE comrades traveling to Syria with the UN or doing development work in Afghanistan. I can’t help but think, be safe.

Here’s the reality though – and it’s really not a shocker as we all know how the media loves to sensationalize stories – we never really felt unsafe. There were two occasions that I will say we felt a touch of tension: during our time in Hebron, a hotbed for conflict; and during our time on Temple Mount when there was clearly tension between a large Muslim group on Temple Mount and a Jewish man who entered (he was escorted off the premises by IDF soldiers). Those were the only two moments where I felt a bit more aware of my surroundings and a bit more vigilant. The rest of the time I felt the same that I do visiting any other beautiful, culturally rich locale.

Now, that’s not to say that it’s 100% safe. It’s not, as most large cities in general are not completely safe. Temple Mount was closed the day after we visited due to tension and a shooting that happened in relatively close proximity, and we heard about the saddening murder that happened in a synagogue after our return to the US. That being said, those two events got a fair bit of publicity both within Israel and internationally. And yes, those are horrible incidents; I will never downplay the significance and sadness of either. Let’s ask ourselves though: how much crime is there in Chicago? NYC? Los Angeles? Are we honestly that concerned for safety when we visit any of those cities?

We hear major concerns, like news of the Gaza War this past summer, and can’t help but extrapolate. If there is this great loss of life in Gaza, then Israel is broadly unsafe, and naturally the West Bank is even less safe since it’s Gaza’s weirdly distant sister. 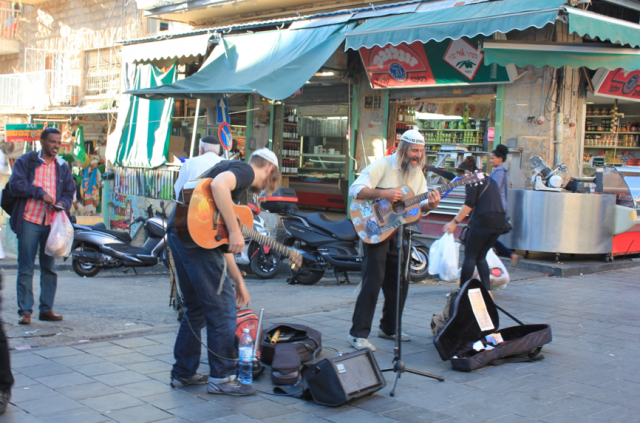 The reality is that the majority of Israel is totally safe (I mean, their military is insanely strong which is worth keeping in mind) and that you won’t walk down streets looking over your shoulder.  Instead, you’re likely to be visiting a hip Jerusalemite restaurant, shooting the breeze with some gorgeous young Israeli who is serving you local spirits from behind the bar and encouraging you to join in on the round of Arak shots (gross, by the way). You’ll navigate the Old City’s narrow streets, sipping freshly squeezed pomegranate juice and slowing your pace to accommodate a cane-wielding older Palestinian who negotiates cobblestone steps with utter mastery. You’ll visit a shop, pop in for a brief moment, only to find that you’re sitting there with a cup of Turkish coffee having a conversation with a shopkeeper in broken Arabic.  You’ll gobble up so much homemade hummus and pita that you’ll swear vegetarianism would suit you just fine. You’ll watch the sun rise over the Sea of Galilee and feel like you’re transported to another world where the sun shines so bright and so vibrant that you’ll want to pause it for eternity.

And in the West Bank? 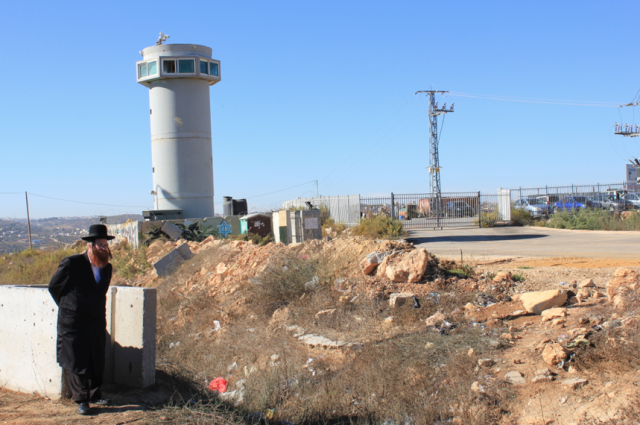 Yes, you’ll board a bulletproof bus to get to your final destination (definitely a reality check) but the number of IDF soldiers present will subconsciously put you at ease. You’ll stumble into a shop in the West Bank where people ask where you’re from. When you apprehensively respond that you’re from the US (you will undoubtedly have a momentary internal battle: should I share that I am actually American or should I say that I’m Canadian? Everyone loves Canadians…), they’ll embrace you with this unwavering warmth and tell you a story about their long lost family member who once lived in the States. 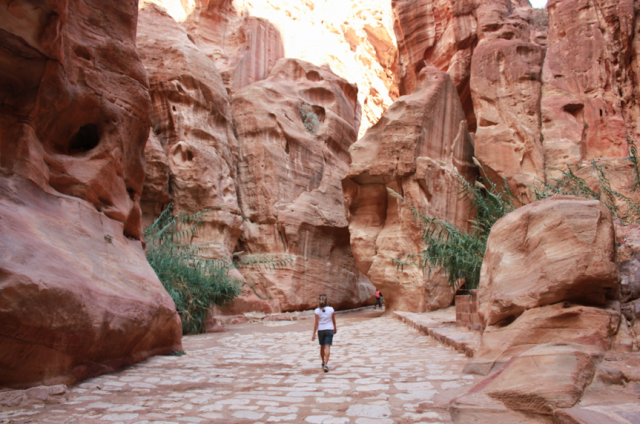 Are people concerned about traveling to Jordan? For me, Jordan felt like the least alarming piece of the trip when we were in the planning phase. Jordan is safe and they pride themselves on being a stable country with a somewhat progressive society as compared with the rest of the Arab world. You’ll marvel at Petra, a mind-blowing example of not only building and engineering, but also of absolutely breathtaking natural landscape. Similarly, you’ll marvel at the spirit and warmth of the people. Those that we met during our brief time there were so welcoming, and were thrilled to share their country and culture with outsiders. Sadly, Jordan has suffered because of their proximity to Syria and Iraq (and to a lesser extent, Saudi Arabia), a reality that makes potential tourists a bit apprehensive about visiting. From our experience, safety wasn’t a concern; I never worried about it or thought about it during our time there. In fact, I would say to those interested in delving a bit into the Middle East, that Jordan is arguably the safest destination to visit for a hearty dose of stunning desertscapes plus a lovely cultural immersion (I would wager that the majority of Lebanon is pretty secure, too, but don’t know from personal experience).

I like to think I’m saying things that people already know. We know that there is often a disconnect between what the media portrays and the realities on the ground. I think the majority of us know that’s true. Yet I think our real concern is that perhaps, maybe just this once the media isn’t blowing this out of proportion. Maybe just this once we’re hearing stories about a country that is home to such a toxic paradigm that reality on the ground is, in fact, just as scary as we see on television. Now, I’m not saying to be an ignorant traveler and venture off independently into areas that we know are hotbeds, but I am saying that exercising normal precautions should allow you to visit Israel, Jordan and the West Bank with little concern. Be a smart and culturally sensitive traveler (e.g. girls, don’t go around wearing mini skirts and tanks and expect to walk near a mosque), and I’ll bet that your experience will be as enlightening and memorable as ours.

Have you visited Israel or anywhere in the Middle East recently? What were your thoughts? Did you experience any tension or have concerns about safety?

Israel: Is Group Travel For Me?

Masada, Qumran and the Dead Sea