Set in the heart of Quebec City is the world’s most photographed hotel, Château Frontenac, an iconic hotel that’s now a Fairmont branded property. Celebrating its 125th anniversary in 2018, the Frontenac is truly a castle, so ‘regal’ is as fitting as the description comes. Expect lovely rooms, great service and an unbeatable location – plus, keep your eyes peeled for great deals in shoulder seasons. 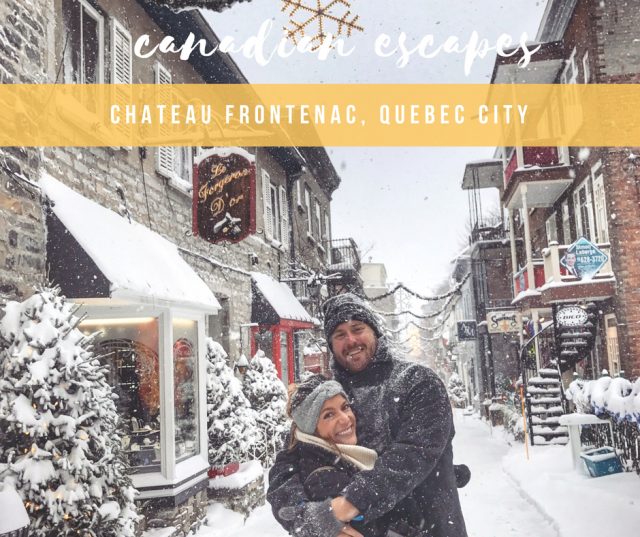 Quebec City is an utter gem; a slice of Europe that exists within North America. Built in 1608, it’s one of the oldest fortified cities on the continent (the only fortified city north of Mexico) with a historic center that includes Vieux-Québec and Place Royale, the old town area that will transport you to another world and time. Being part of French Canada, residents have two lingua francas, French and English, so be prepared to hear French widely spoken. 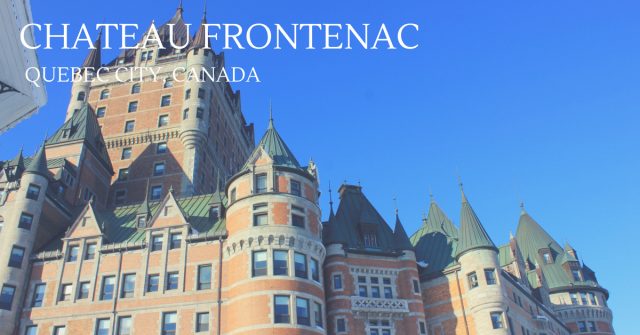 Château Frontenac sits in the heart of Vieux-Quebec offering 611 rooms spread throughout the castle structure. We originally booked an entry-level room at an incredible rate (under $150/night) during a slow pre-Christmas week in December. Upon arrival, we had the opportunity to upgrade to a city view corner room for an additional fee, which we happily did. The views overlooking the snow dusted plain below didn’t disappoint. Location is key with the Frontenac, set in the heart of the city at the top of a series of stairs that lead down into Petit Champlain, the charming quarter dotted with boutiques and sweets shops. In lieu, you can take the funicular for a few bucks for a simpler endeavor. Holding the record for the most photographed hotel in the world, it’s a statement establishment and the regal interiors will wow you, especially at Christmastime when the lobby twinkles with dozens of Christmas trees. 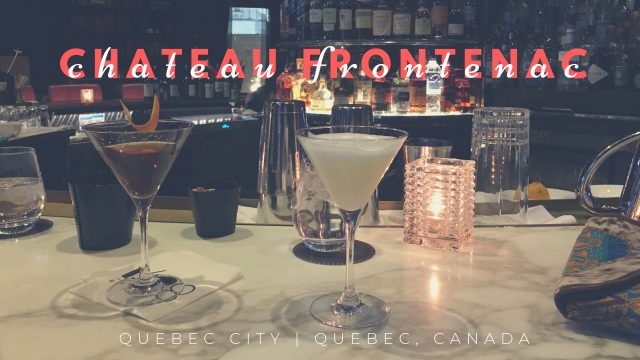 With just a few days in Quebec City, our ‘dining experience’ was limited to cocktails at 1608 Wine and Cheese Bar and coffee at the on-site Starbucks at the base of the hotel. Never ones to pass up a pre-dinner cocktail at a swanky establishment, we enjoyed a round on a couple of evenings. They offer one of the largest varieties of top Quebec cheeses – can you tempt me any more?! – but we relegated ourselves to classic cocktails, most of which ranged from about C$15 – C$18 with the rare exceptions. For those that are really looking for a splurge, you may want to try their ‘Original Sazerac’ which is made using Tesseron Lot No. 29, the only cognac rated 100 by Robert Parker. At C$200 per cocktail, sip slowly. 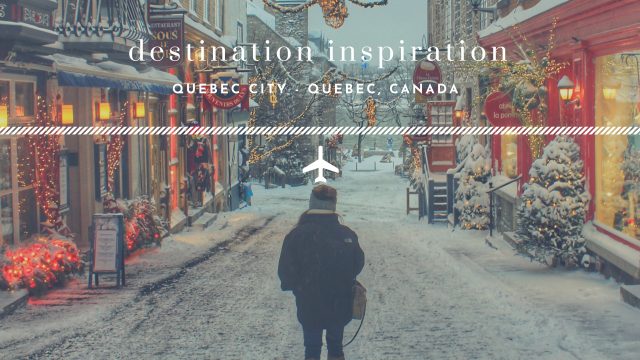 Planning your getaway to Quebec City? Here’s some inspiration for your trip:

Number of Rooms: 611 rooms and suites
Cost Per Night: $125 – $700
Must-Try Eats & Drinks: For fellow wine + cheese lovers, enjoy a cheese plate and a
glass of vino (or a cocktail!) at 1608 for a super swanky vibe.
Hotel Highlights: The regal essence and historic ambiance. During the holiday season,
expect an extra dose of holiday spirit.
Worth the Investment? Depends on the season – there can be some spectacular deals outside of high season!