After a successful excursion in Placerville (and Apple Hill), I’ve decided that Scott should be the unofficial Director of Tourism for the area. While I have had friends who have headed to Apple Hill for wine tastings before, I found the prospect of a Placerville-centered day trip to be an odd proposition. However, since he suggested it, I was more than willing to give it a shot. Plus, with the weather in the low 70s and the sun shining, it was a perfect day for a drive. Whether the wines were good or not, it would be a great day to enjoy the world outside.

I’ve only explored Apple Hill during the fall when apple season is at its peak, so heading over during April was a completely new experience for me. During a few hours of exploring, we hit up Lava Cap Winery, Madroña Vineyards, Boeger Winery, Wofford Acres and the always-awesome Boa Vista Orchards for a few extra goodies. 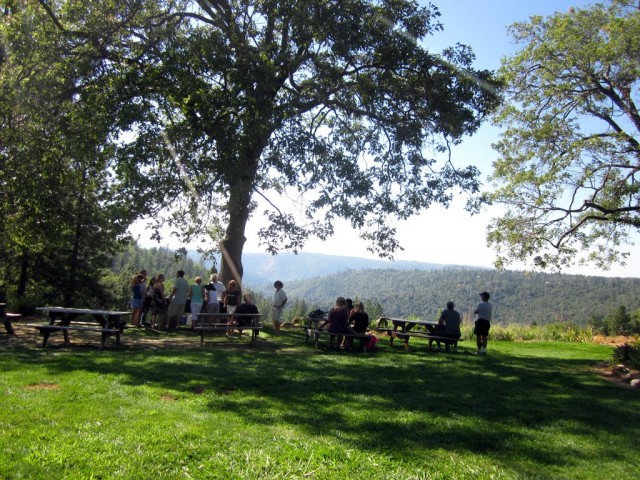 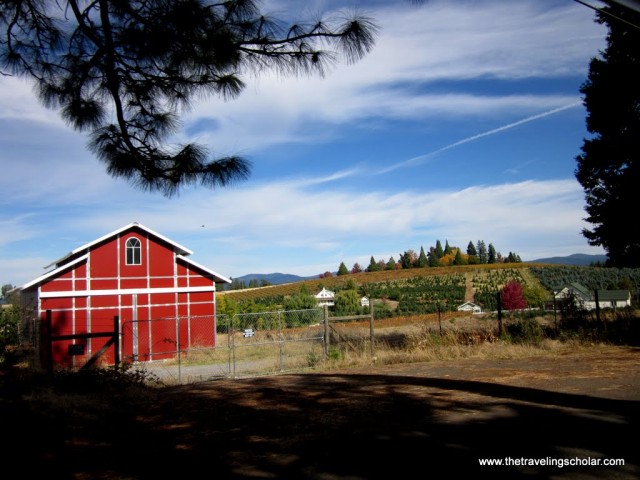 [Download a map here to plan out your own tasting.]

I’ve recently been easing my way into the world of wine, slowly trying to learn to drink red wine, and Scott has been pretty instrumental in the whole learning process. I was pleasantly surprised by how great Apple Hill’s wineries are. The area is clearly overshadowed by California’s superstar wine regions of Napa and Sonoma but it has a charm all its own. I would never have expected to run into so many cool spots so close to home.

After our wine tasting excursion, we headed to Placerville to grab some food at the Heyday Cafe (the food’s deliciously fresh!) and a final glass of wine at the Wine Smith, which won ‘Best Wine Shop in the Greater Sacramento Region‘ for 2009 and 2010, before heading back to Sacramento. I have to admit, I would have never considered Placerville a go-to spot for a day trip, but it’s actually a really cute, quaint area to wrap into an Apple Hill day. Lesson learned: Apple Hill isn’t only for kids who want to nosh on caramel apples and apple pie in September. There’s an entirely different and grown-up facet that’s not promoted nearly enough.

For anyone interested in taking a jaunt to Apple Hill or Placerville in the near future, the Apple Blossom Festival is taking place this weekend (April 30th & May 1st) and loads of wineries are going to be in on the fun!

Has anyone else been wine tasting in Placerville?

Napa: A wedding at Farmstead