After our time exploring Dublin, we decided to head to Galway. Unfortunately, the Galway races were taking place the weekend we decided to head over causing hotel prices to shoot through the roof and availability to go down the toilet. For a single night, hotel prices in Galway were running at around €175 – 250 per night for an average room — way over our budget.  Instead, we decided to check out the nearby-ish area of Connemara, a bit west of Galway. In actuality, it’s more than a bit west, but we weren’t aware of that at the time. We ended up booking a room at Gannon’s B&B in Clifden, the capital of Connemara. 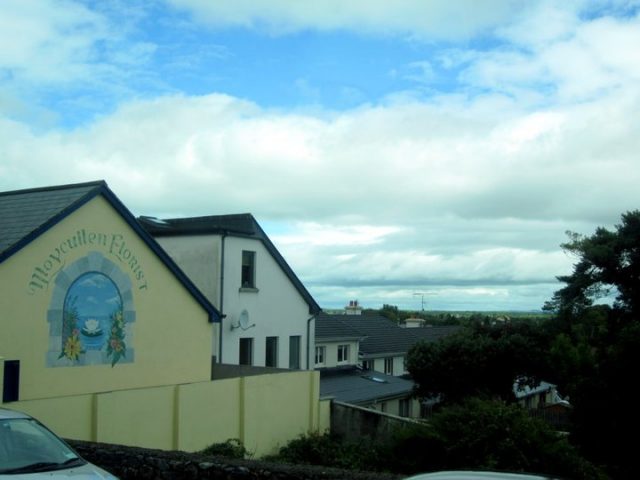 The train from Dublin to Galway wasn’t cheap (€48) but I was able to snag a deal online that helped ease the pain a bit — €25 if you purchase in advance online. Considering it gets you (literally) across the country, I guess that’s not so awful! We were in Galway for but a short bit of time before we jumped on a Bus Eireann coach to Clifden (€10). I had thought the ride to Clifden was going to be about 45 minutes based on the map I had browsed. I clearly didn’t take into consideration a) the fact that we were taking a bus vs. a train; b) the fact that the roads were much more rural in the far west and c) the fact that buses do make stops every so often. The journey ended up taking us about an hour and a half in total before we arrived in the picturesque village of Clifden. Though it was a rather long ride, I must admit that the scenery was stunning: hill after hill of rolling green, streams, ponds, horses, sheep… the works. After that ride, I can most definitely understand why it’s referred to as the Emerald Isle! 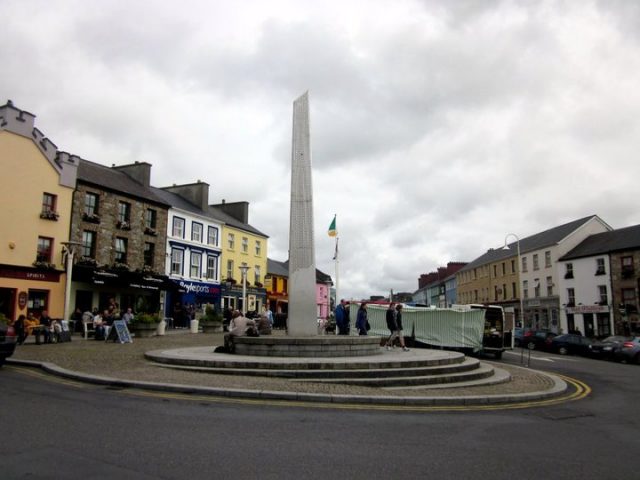 We checked into Gannon’s and fell in love immediately. Despite the fact that it was a trek to get out there, the couple that hosted us were amazing — beyond friendly and so incredibly helpful. The rooms were huge and the bathrooms were stellar. Plus, our breakfast the next day was amazing — by far the best breakfast we had during our trip (think homemade bread, homemade scones, fruit, coffee, mmmmm….). We spent an hour or so decompressing before heading out to explore the town. 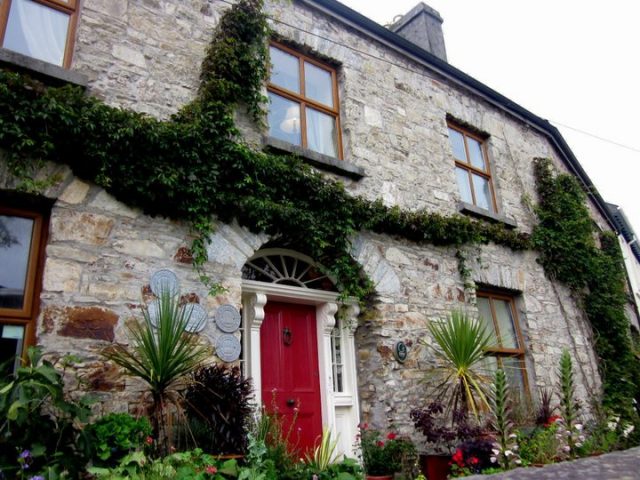 Mind you, ‘exploring Clifden’ takes about an hour. The town is small, but despite (or perhaps because of?) it’s petite size, it was incredibly charming. Little Celtic stores, mom and pop jewelers and teensy grocers sat between a million B&Bs and loads of Irish restaurants and pubs. After checking out the town, we ended up stopping for lunch/dinner at a little pub where we grabbed (no surprise here) seafood chowder and toasties. Definitely a perfect combination to warm us up in the Irish rain.

We headed back shortly after and dealt with some emotional business before planning for our next day in Ireland. On the agenda: Cliffs of Moher, Blarney Castle, car rentals and more. Stay tuned to find out more about our Irish trip gone awry!