Last week was our first solo week at the hotel, so we were much busier than anticipated with the daily grind. I have lots of pictures to share from the past week or so, and thought I’d begin with a little Valentine’s Day recap.

Neither Scott nor myself are big V-Day celebrators. I’d much rather not adhere to a prix fixe menu or be one of a million people dining in a given restaurant. We hadn’t made any reservations for the night of the 14th, but we decided to try out a few places on a small plate adventure, in a ritual we call an appetizer crawl. 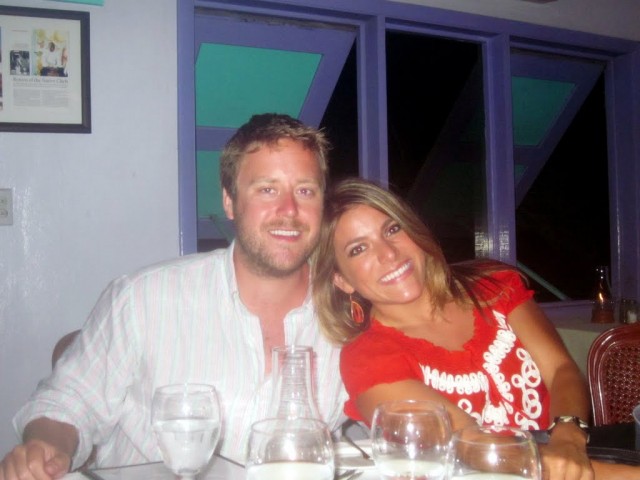 Our first stop was Tasty’s, a restaurant serving up high-end local fare. We’ve been to Tasty’s for dinner on a couple of separate occasions, but on Thursday we sat at the bar and ordered two tapas to split: saltfish in a rice and pea fritter + a tartare/ceviche offering. Small plates could be my new plan of attack at Tasty’s. For $8 each (served from 5PM – close), they’re perfect for sharing and there are a number of solid options for a variety of palates.

For our next stop, we made our way down to the Viceroy to test out their sushi/sashimi platter. Coming from San Francisco where we noshed on sushi multiple times a week, we’ve been having serious sashimi withdrawals in Anguilla. For your sushi fix, Viceroy serves up sushi at the Sunset Lounge, plus Cuisinart’s Tokyo Bay Restaurant is now serving up Japanese cuisine as well. 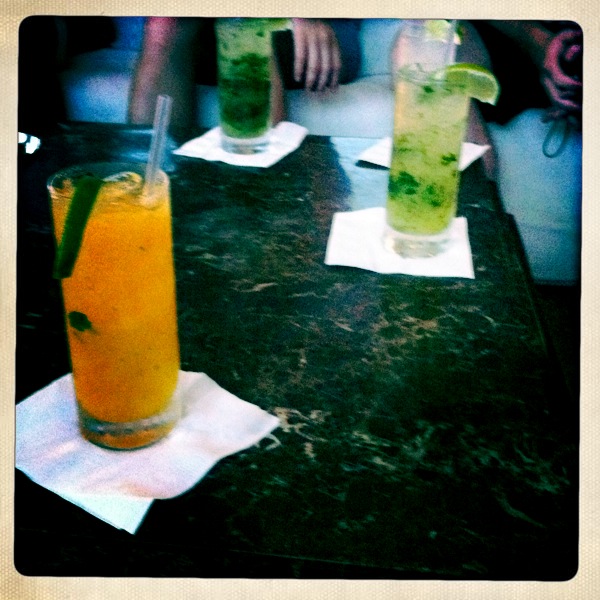 We had planned on making yet another stop after the Sunset Lounge, but were so full after our sushi we had to call it quits. While there’s very little at Viceroy that I would call ‘reasonably priced’, this sushi/sashimi platter definitely falls into that category.

There was one final Valentine’s Day category to fulfill: dessert. V-Day is one of the few days during the year that you’re expected to indulge a bit… how could we pass up the opportunity? We made our way down to Blanchard’s for dessert, where we ordered their famous ‘cracked coconut’ dessert. Everyone I’ve spoken with has raved about it and I knew we had to incorporate it into the evening. 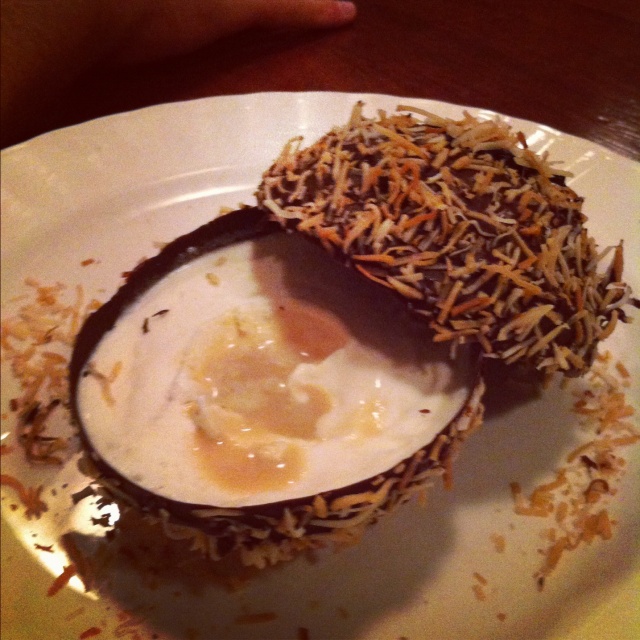 I’m not a huge chocolate person (or a huge coconut person, for that matter), but this thing is unreal. Chocolate shell, shaved coconut, plus ice cream with a splash of Bailey’s. Entirely too decadent, but soooo good.

Where would you go in Anguilla for a Valentine’s Day celebration?