Led by Andre, the Senkwekwe Gorilla Orphanage is the world’s only gorilla orphanage and is currently home to four gorillas, ages 5 – 14. Two of the gorillas, both 9 years old, were orphaned during the gorilla massacre of 2007, the only surviving members of their family. At two months old and four months old, they were too young to survive independently so Virunga National Park took them in to help raise and protect them during a particularly harsh poaching period in Congolese history. They continue to live at Senkwekwe today. After crossing into the DRC, we spent our first day focused on activities offered near Mikeno Lodge. Guests have an array of options, from touring the vegetable garden, visiting the Congohounds, stopping at a cooperative for the wives of fallen rangers, or doing nature walks nearby. Our primary focus was visiting Senkwekwe to see the gorilla orphans and to understand a bit more about the project. 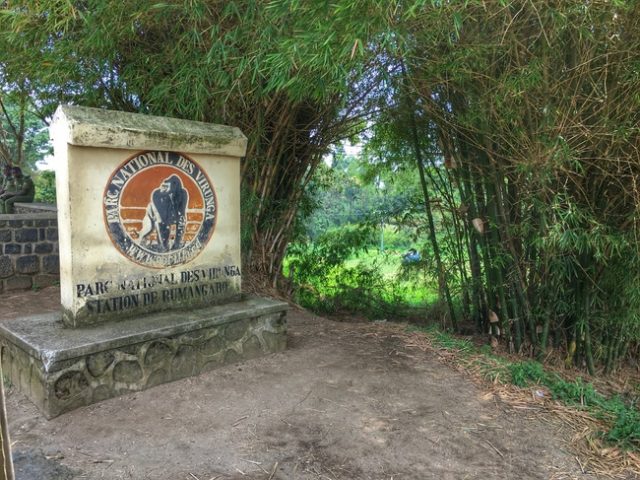 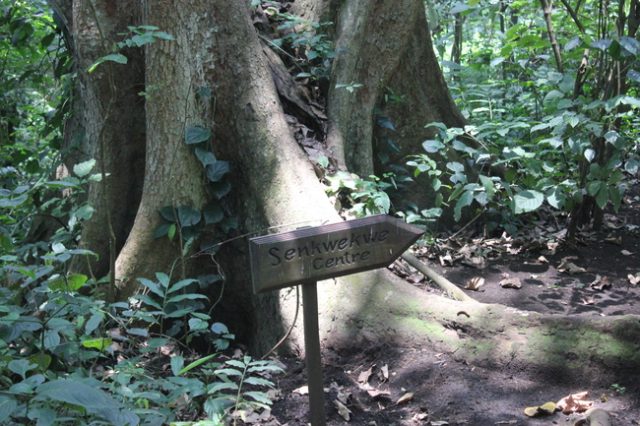 We headed down to watch the gorillas eat and play for about 30 minutes. Our first gorilla experience of the trip, I was enamored immediately, especially watching them interact with humans (something you don’t get to see gorilla trekking). We chatted with Andre (you’ll recognize him from the Virunga documentary) about the gorillas, their life at the orphanage, and being released. I was curious to find out if orphans that are brought in can ever be released into the wild or if the orphanage is their permanent home. Gorilla orphans that are taken in stay at Senkwekwe for life, creating a little family unit of their own. Andre explained that they’re so used to being around humans, so used to being fed and to sleeping inside that surviving in the wild would be a tough prospect. Plus, during our brief time watching them interact, we noticed how social gorillas are and how tight the family units seem to be. Orphans without families would have a tough time reintegrating and finding a new group dynamic to take part in. With Andre at the helm and another ranger assisting with the feeding, it was amazing to see the gorillas play with each other and with the people who work at the orphanage. 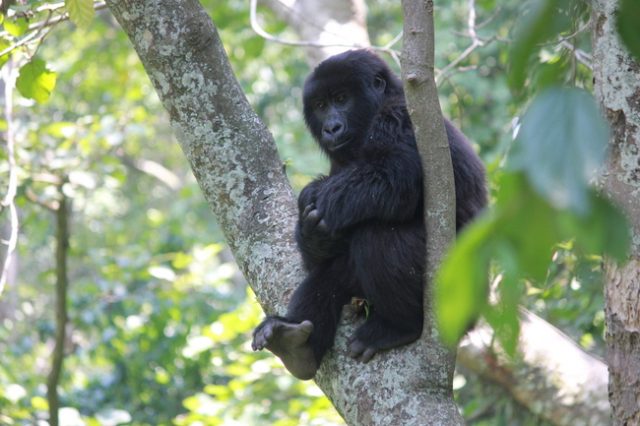 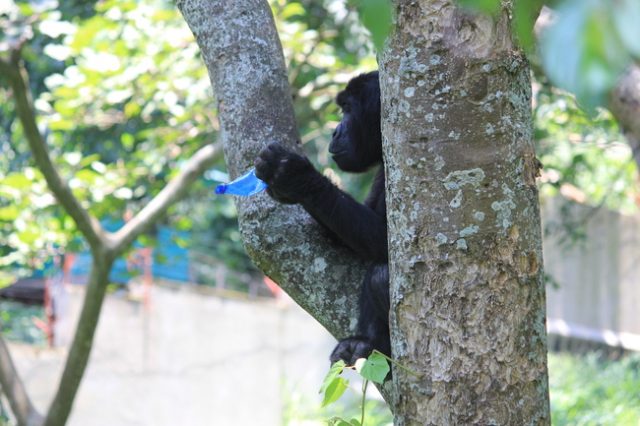 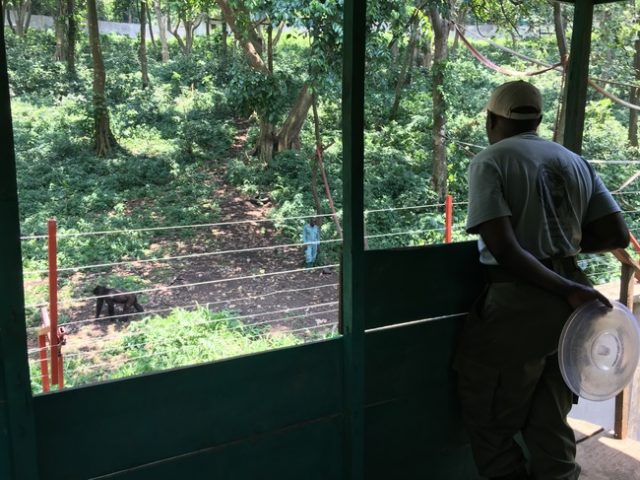 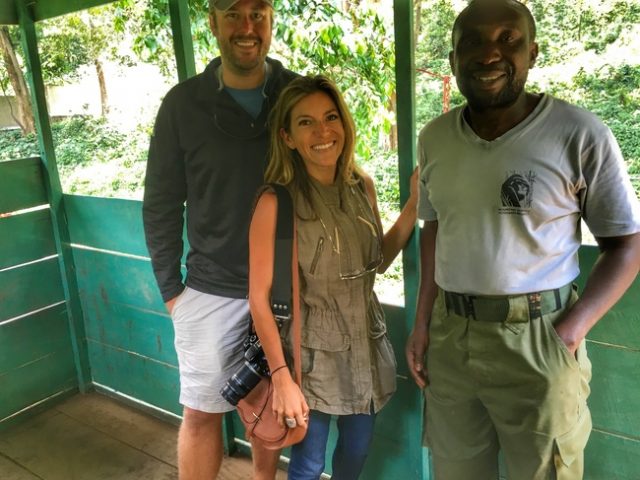 For a period of time when Virunga National Park was very unstable, the gorillas had to be moved to Goma where they were cared for. After it became safe enough to return, they set up this orphanage and enclosure on the grounds of Mikeno Lodge (about a 10 minute walk from the lodge), where they live today. Andre mentioned that there’s hope of expanding the enclosure but as it stands it’s a pretty impressive facility, especially considering resource constraints, and its the closest thing the orphans could have to their natural habitat. Here they’re safe, they’re loved and they have a family: a peaceful coexistence of gorillas and humans living together.

Senkwekwe Gorilla Orphanage is located about a ten minute walk from Mikeno Lodge on the property’s grounds. There is no fee to visit, but a Mikeno Lodge employee will escort you to the facility so you can see the orphans at play. The gorillas interact with rangers, but guests get to happily observe from afar.

Have you visited the Senkwekwe Gorilla Orphanage or watched the Virunga documentary?

A Day in Argentina: Iguazu Falls