One of my secret resolutions for 2012 was to explore more of San Francisco. Like many other people, I tend to fantasize about international travel and cross-country excursions but rarely take the time to appreciate the city that I live in. Growing up in Northern California, I’ve always taken the city for granted a bit. Despite living here now (along with the countless trips of my youth), there are still so many places to explore, restaurants to check out and events to uncover. With my new camera in tow, my goal for this year is to take time – weather permitting – to hop on a bus to uncharted territories (e.g. the Mission, the Inner Sunset, the Castro, Hayes Valley, etc.). Yes, I’ve been to all of these places, but I haven’t really spent enough time exploring and taking in the unique vibe that each district has to offer. For a $2 bus ride, you can get almost anywhere in the city, so it’s certainly an easy and inexpensive way to spend a sunny afternoon. 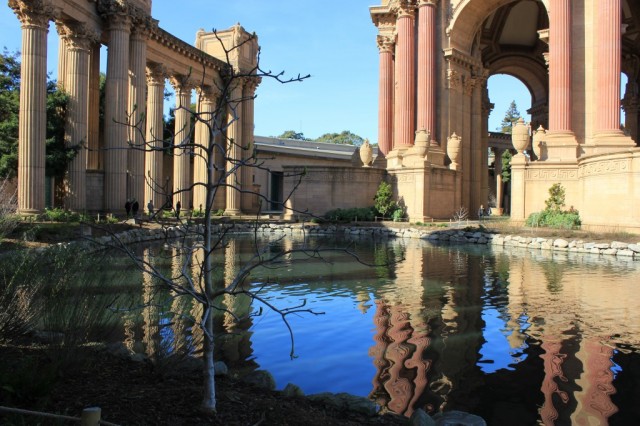 With the sun shining on Saturday morning, Scott and I grabbed breakfast at nearby Nook, our neighborhood go-to for caffeine and fuel. After a quick bite, we decided to jump on the bus and head to the Palace of Fine Arts, a place that I had yet to explore, for a jaunt and some quality photo ops. I’ve technically been to the Palace of Fine Arts before during a mini trek to the Exploratorium a few years back, but never spent any real time exploring the grounds. This time, I wanted to take it all in. Heading down from Nob Hill, we jumped off of the bus at the end of Union so we could trek through the Presidio en route to the waterfront. 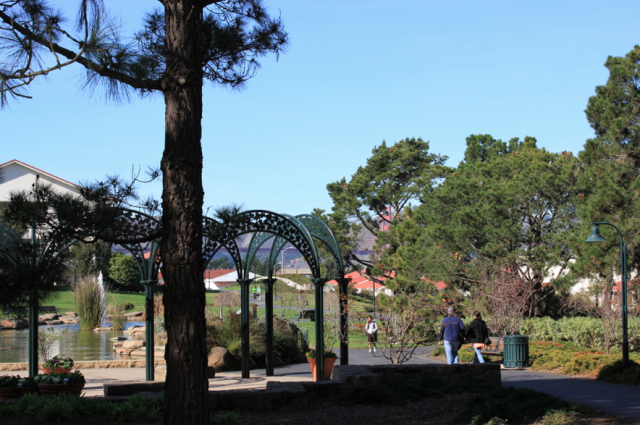 Not that I don’t love living in a city, but sometimes it’s nice to escape to a quiet pocket of the world, right? I tend to think tha involves a weekend road trip to Napa or down to Carmel, but it’s always refreshing to realize that there are some very un-city like parts of San Francisco to explore, too. As a side note, how stunning is that image of the park, the bridge and the blue sky? It’s amazing how much some sunshine can add to your day. 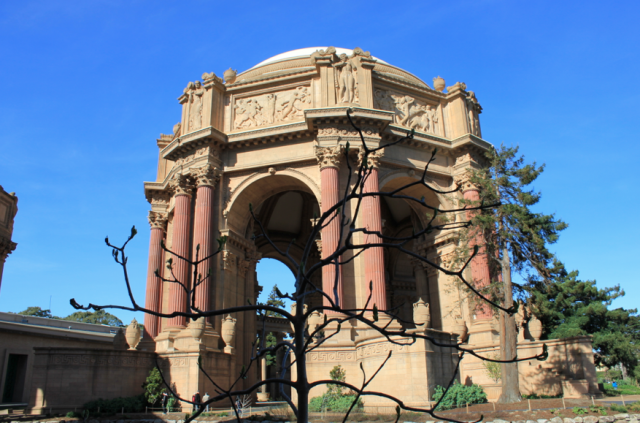 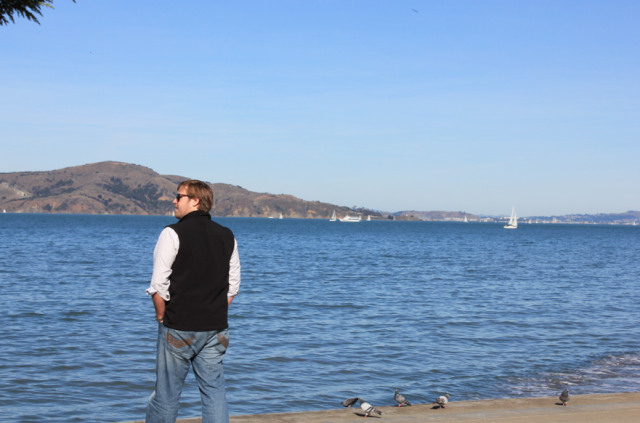 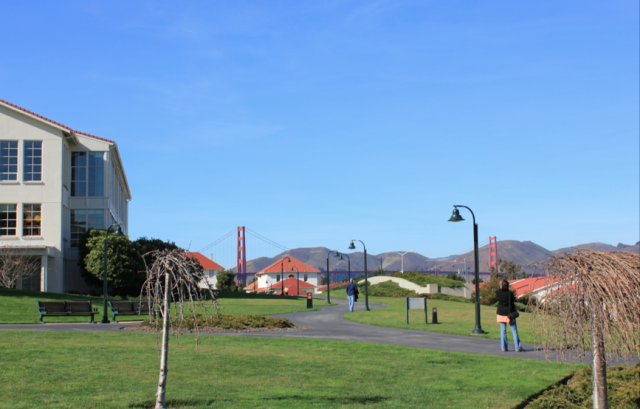 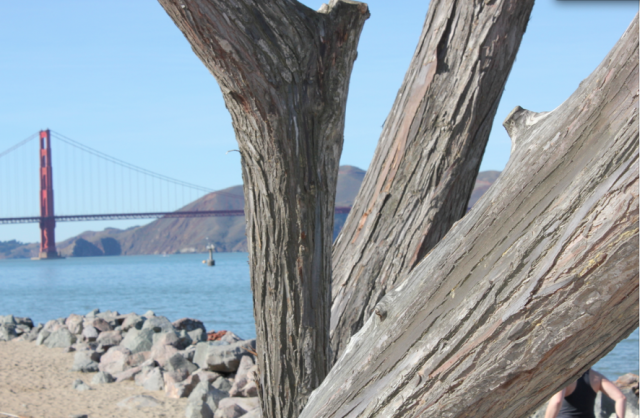 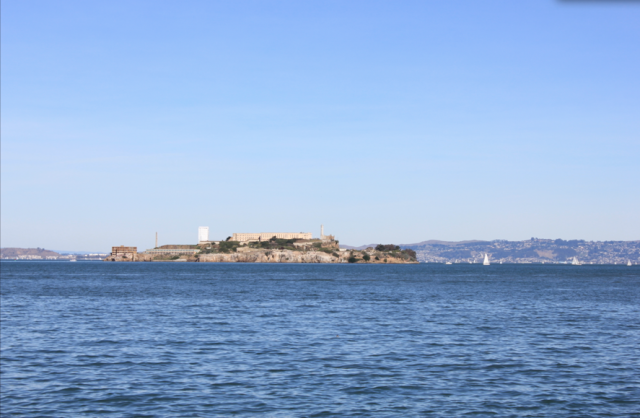 After perusing, we made our way down the waterfront to Fort Mason Green for a quick stroll. With my cousin and her boyfriend in town from the Peninsula for the day we headed back to the Marina to link up with them and grab a drink while getting our fill of Vitamin D. As per usual, we headed to our two staples: the Balboa Cafe and Tipsy Pig. The day quickly turned into the evening, so after some people-watching at Tipsy (I am truly amazed by the amount of makeup that is used within a 4 block radius of their location — I swear 75% of MAC’s blush sales can be attributed to girls that live in the Marina), we headed down to Delarosa for pizza. Admittedly, I’m not a huge pizza person, but I was pretty in love with Delarosa’s food and drinks. Order the margherita + a greyhound and you, too, will be in heaven. In my opinion, Delarosa > Pizzeria Delfina, though I know the Delfina lovers would stone me for saying as much.

The night continued in North Beach with a quick stop at Tope and then on to Maggie McGarry’s. All in all, a successful day of city exploration. The weekend, we’ll be heading to McCormick & Kuleto’s for a company-hosted soiree followed by a night in Union Square (a good excuse for me to finally get some shopping done). Still on my city tour agenda: shopping in the Haight, a night in Hayes Valley and a foodie excursion in the Mission.

Check back as I continue my resident tour of San Francisco!

Slovenia: A Food Tour through Ljubljana