We had an incredible first few hours exploring Cusco on foot and our evening excursion was equally captivating. We attended a Pisco tasting last night at Museo del Pisco. Contrary to what the name would lead you to believe, this isn’t a museum; it’s actually just an incredibly informative dining/drinking experience. The shelves in the bar are loaded with different varieties of Pisco and different, house-made infusions. The walls show the process of producing Pisco in a way that laymen can actually understand.

Scott wanted to try Pisco in its purest form (versus the Pisco cocktails that we’d been enjoying throughout the week). My single experience with straight Pisco in the past (at Txoko in San Francisco) didn’t leave me wanting more, but I was willing to partake in a more authentic version of that experience. We are in the home of Pisco, after all. 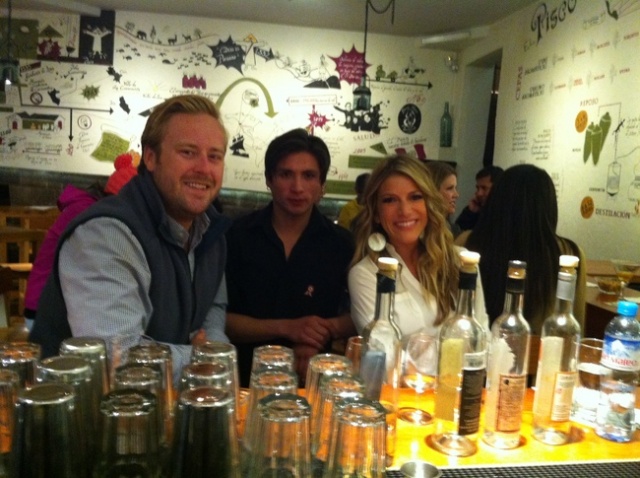 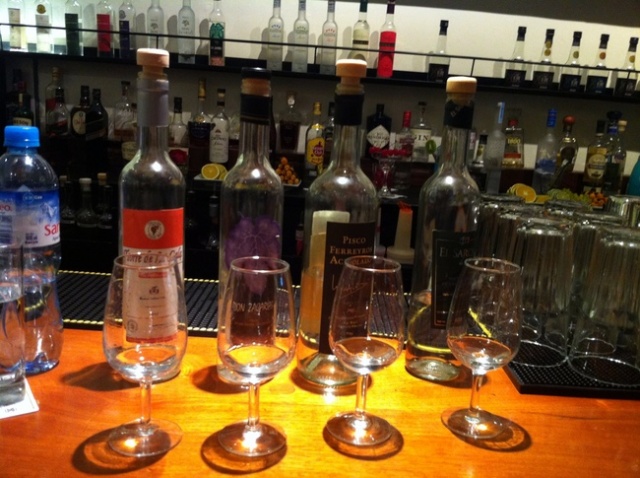 We looked through Museo del Pisco’s menu and were approached by Sergio (pictured above), a smooth, knowledgeable bartender. There were a few Pisco tastings on the menu (about S./ 40 per tasting, based on regions — North/South, East/West, etc.) but he constructed one for us based on his favorites. He came to our side of the bar, pulled out four bottles of Pisco (two non-aromatics, one blend, plus one aromatic) and placed them in front of us with glasses to match. He poured each glass for us, explaining the qualities of the given Pisco (information to which Californian-bred kids aren’t typically privy), having us smell each one and then taste each.

To be honest, I probably couldn’t have even told you what Pisco actually was before this tasting; ‘Peruvian brandy’ would have been my best descriptor. While I, admittedly, am still not a fan of straight Pisco (a bottle that boasts 43% is way too intense for me to sip on), I do have a newfound appreciation. The entire process of creating different types of Piscos, plus the tasting experience took us back to wineries in Napa and Sonoma. The bartenders had the same passion of a wine aficionado, with information that was totally new to us. 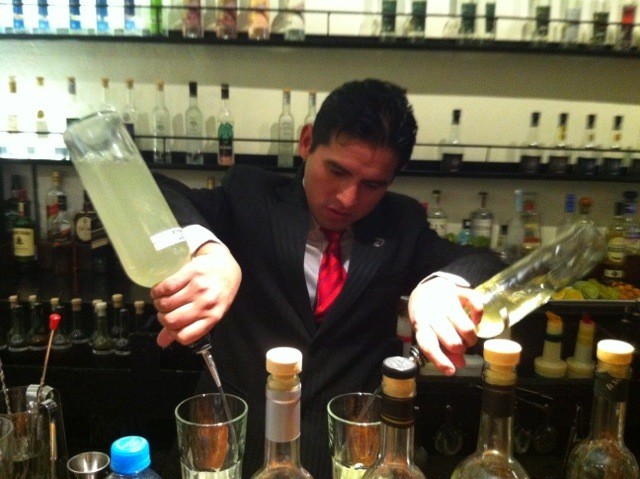 After our Pisco tasting (well, Scott’s tasting actually; I had a sip of each), we opted to try their infusions. I ended up with the tried and true aguaymante infusion (a Peruvian cherry) and Scott opted for his favorite kion (ginger) infusion. These guys don’t mess around — if you’re looking for a solid, educational experience with incredible Pisco Sours to boot, this place is hard to beat! 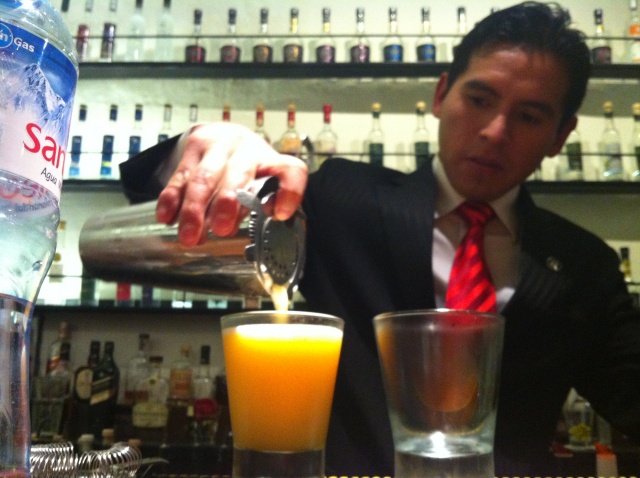 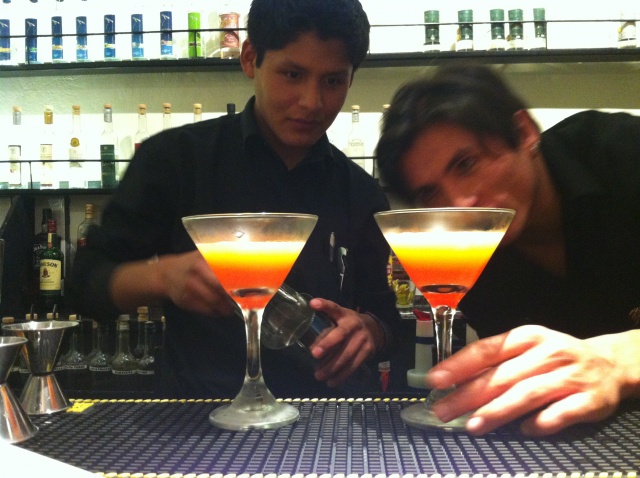 The downside of Pisco tasting in Cusco? You’ll be hard pressed to have more than one drink at 12’000 feet without seriously feeling it!

Peru: The Sacred Valley of the Incas