We don’t leave for our adventures in the Middle East until the fall but I’m already brainstorming our itinerary and loosely mapping out some of our experiential musts while we’re in the region. Some of our experiences are already mapped out thanks to select tours we’ll be partaking in with Abraham Tours. As I mentioned in my previous post about this trip, neither Scott or myself are big packaged tour people. When we see those opportunities on offer, we usually shy away and opt to create our own adventure. In this region, however, we both thought that exploring lesser-trafficked areas with a small group would enhance the experience, helping us to delve a bit deeper with the addition of a knowledgeable guide.

Before our time exploring Israel with a group, we’ll be spending roughly six full days in the region, splitting our time between Jerusalem, the West Bank and Jordan. Here’s a bit of what those six days will tentatively look like, including some highlights we’re hoping to see on our ‘free day’; a day without any planned excursions that we’ll get to craft ourselves. Keep in mind, when we head out on our tour in Israel, we’ll be headed back to Jerusalem for a number of days to dive deeper into many of the holiest biblical sites in the area. More on our Israeli itinerary in an upcoming post.

We arrive on a Thursday late afternoon/early evening into Tel Aviv. We’ll immediately be heading from Tel Aviv to Jerusalem, less than an hour drive, taking a sherut (a shared taxi) from the airport directly to our destination. Our first night will involve us getting our bearings after settling in. It will be our first opportunity to glimpse Jerusalem at night and chat with fellow travelers in the region.

Day One → A Tour of the Judean Desert

We’ve opted to not spend time in Tel Aviv on the front end of this trip purely because we wanted to arrive in Jerusalem in time to explore the Judean Desert by Jeep, an experience that is offered only on Fridays. We’ll depart at 8AM, driving into the desert for a unique perspective. We’ll drive by areas inhabited by Bedouin tribes, and visit Mar Saba Monastery, one of the oldest inhabited monasteries in the world. We’ll have lunch and take a dip in the Qelt Springs before heading back to Jerusalem in the afternoon.

When we began our discussions about visiting the West Bank, this tour piqued my interest. A West Bank 101 in many ways, it seemed like a great opportunity to see some of the highlights in the West Bank with a group. We’ll again depart Jerusalem at 8AM, visiting Jesus’ baptismal site, the ruins of Jericho, the Taybeh Brewery and Ramallah. After lunch in Ramallah, we’ll tour Bethlehem before heading back to Jerusalem. While in Bethlehem, we’ll visit many of the major biblical sites and the Old Town, but will also be visiting the Aida refugee camp which will certainly be a highlight – for lack of a better term – for me. I spent a fair part of my graduate education discussing refugees/internally displaced people, refugee life, refugee access to education, etc. To see this first-hand will undoubtedly be an eye-opening experience. 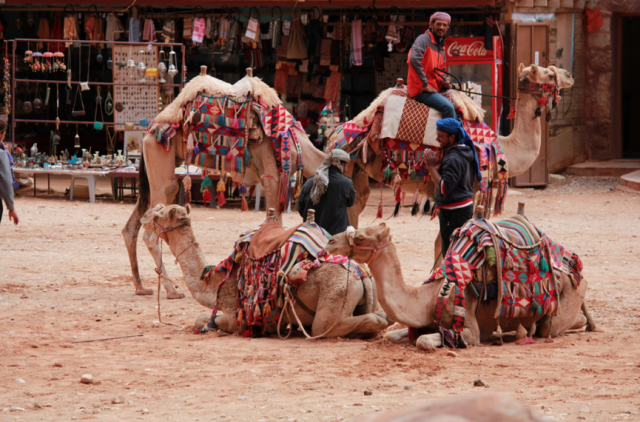 After our time exploring the Judean Desert and delving into the West Bank, we’ll be heading a bit further east to Jordan. As I mentioned in my earlier post, we had contemplated visiting Petra for a day trip. Petra is a must-see locale on my bucket list, but many who’ve been to the region have urged us to visit areas beyond Petra. The two-day tour we’ll be doing has us delving into Petra, but also exploring a bit deeper.

For this, we’ll be leaving Jerusalem at 7AM and anticipate crossing the Jordanian border shortly after 9AM. We’ll start not in Petra, but in the city of Jerash where we will explore Roman ruins before heading to Amman where we’ll get a taste of Jordan’s capital with lunch and time to explore the city’s old and new areas. In the afternoon we’ll drive to Petra where we’ll dine and overnight in a Bedouin Camp. The next day is dedicated to Petra where we’ll be exploring for 6+ hours, partly on horseback. 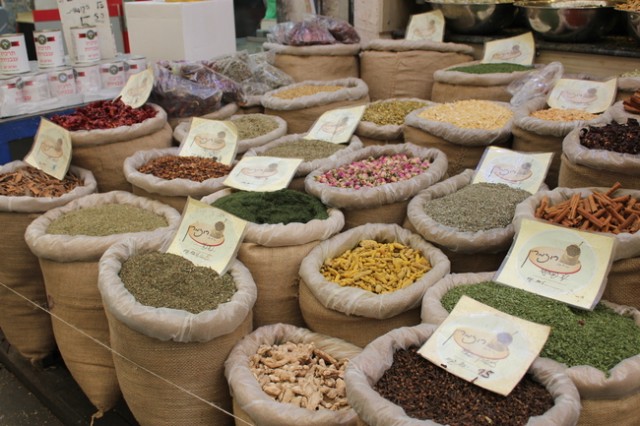 Day five is our day to explore Jerusalem on our own. We’ll be headed back to explore Jerusalem in depth during our tour of Israel, but we’ll have the flexibility to see a few additional things that spark our interest. I’m a lover of local markets, and have been dazzled by what I’ve read about the Mahane Yehuda Market. Beyond that, we’ll be spending time navigating the city’s streets and its four quarters. Our tour of Israel doesn’t include any mention of Via Dolorosa but a visit to the fourteen stations of the cross seems like a must for anyone making the pilgrimage.

Our sixth and final day before heading back to Tel Aviv, we’ll be heading back to the West Bank and visiting the city of Hebron for what Abraham Tours dubs their ‘Dual Narrative Tour‘. When I was doing preliminary research, this was the tour that really caught my attention, giving visitors more of the political/conflict perspective versus the historical or biblical sides. The tour involves two parts: one part (H2) done with an Israeli tour guide and one part done with a Palestinian tour guide, allowing us to see the Israel-controlled area of Hebron along with the Palestinian area. The fact that we’ll get to see both sides of a single city with two different guides is a pretty spectacular opportunity and a great way to finish off our time in Jerusalem before heading to Tel Aviv to meet up with my in-laws and the rest of our group.

Our evenings and dinners are still up in the air at this point though we’re hoping to dedicate one of our nights to an EatWith experience, dining at a local’s home in Jerusalem. It sounds sketchy, but it’s totally not — the hosts are vetted and you can read reviews from other diners who’ve enjoyed their experiences. Click here for more information on the EatWith program, which started in Israel.

For those that have spent time in Jerusalem, any recommendations for places to eat or evening activities that we should put on our agenda? Would love input from those who’ve explored the area.