Ireland on the Road: Rock of Cashel + Cahir Castle

After two days in Dublin, we were off to begin our road trip through Ireland. Our main focus for the week would be in County Kerry, but first we wanted to head to the Dromoland Estate via the Rock of Cashel and Cahir Castle.

For anyone thinking about renting a car and road tripping through Ireland, it’s an absolutely fabulous way to see what the country has to offer on your own timeframe. You have the autonomy and flexibility to stop where you want, leave when you want, pop into any shops, restaurants, pubs or points of interest without being on any sort of time frame. Stay tuned for my post on tips for renting a car in Ireland, plus things to keep in mind when choosing your vehicle – we learned a lot during this process! 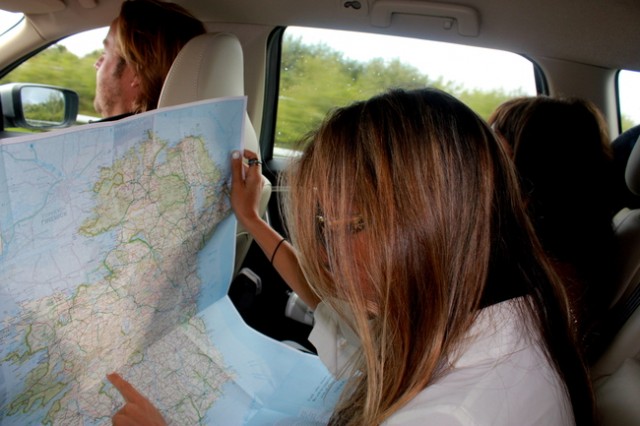 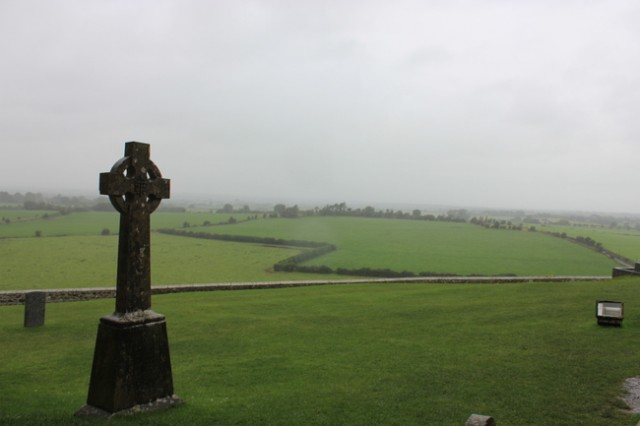 Our first stop was in County Tipperary at the Rock of Cashel, about a two hour drive from Dublin. I had heard about the Rock of Cashel from an Irish friend of mine during graduate school. When I visited Ireland previously, she asked if I had made the journey to the iconic site but my adventure hadn’t taken me out that way.

Since we were driving the country on our own this time (no public transport), we had the flexibility to cater our path to take in as many sites as possible. The Rock of Cashel and nearby Cahir Castle made the cut for our first day of driving.

While we had some sun during our drive, it faded away by the time we had reached the Rock of Cashel. Rain clouds and wind replaced the warmth and we bundled up to made the trek to the castle entry a bit more bearable. The ruins, sitting up on the hilltop, are immediately identifiable as you pull into the town of Cashel. Tours take place every hour on the half hour and we had arrived just in time for the 11:30AM tour, which is a great way to see the site and add a layer of history and understanding to what you’re seeing.

Our guide was hugely informative and took us through the space, showing us key interiors and some highlights from the grounds. To be honest, the weather was hellish, which made the experience tough since we were trying to listen while shivering. I had always thought the Rock of Cashel was a castle and wondered why it was referred to as a ‘rock’ instead. In actuality, the space once served as home for royalty (perhaps in the 3rd and 4th centuries) before it was given to the church and used as a religious compound of sorts beginning in the 12th century or so. From the tower, huge distances are visible on a clear day. The space ended up being abandoned because of the elements; winds of hurricane proportion blew through the area and the cold and conditions became so unbearable that the residents called it quits. My mom, dressed absolutely terribly for the weather, was shivering violently and quickly recognized why people would leave; a pretty space, but a tough place to withstand the elements.

I couldn’t grab many photos since the rain was coming down throughout the entire tour, but the space itself is remarkable and incredibly imposing. The ruins are still in very good shape considering how long they’ve been standing, and all of the restoration that’s been done replicates what it would have been like centuries ago. As morbid as this sounds, the burial plots surrounding the compound are astoundingly beautiful. The green is dotted with stone Celtic crosses marking burial sites of those passed, and there are still three burial plots left to be filled with the last living plot holders (the youngest is 84). If you visit, be prepared to see scaffolding – it’s not pretty, but it’s necessary to keep the ruins from falling into total ruination.

Learn more about the Rock of Cashel here, and continue reading to see pictures + notes from our stop at Cahir Castle. 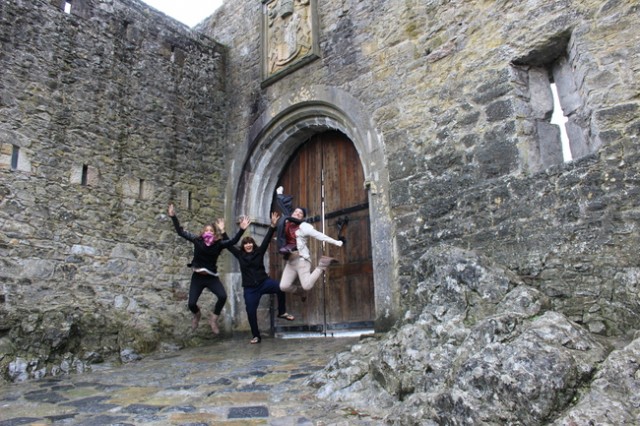 After Cashel, we made our way to nearby Cahir, a quick 15 – 20 minute drive away. Cahir Castle came recommended by a guest of ours at the Frangipani, and since it was in such close proximity to the Rock of Cashel it made sense to pop in and scope out the grounds.

While the Rock of Cashel is more domineering, Cahir Castle is remarkably beautiful as well, and certainly well maintained. The ramparts were used in the filming of Braveheart and make an iconic photo. We toured the space with a guide briefly and then explored a fair bit on our own. If you’re planning on doing the Rock of Cashel, it’s worth adding Cahir Castle to the menu, too, since it’s so close and offers a different feel. If you’re using your Heritage Card, both sites are included. 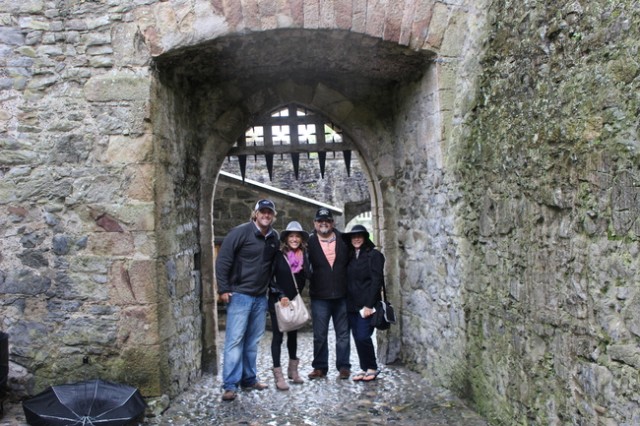 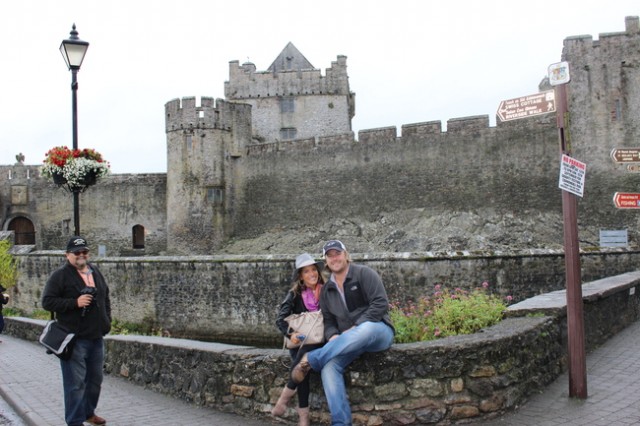 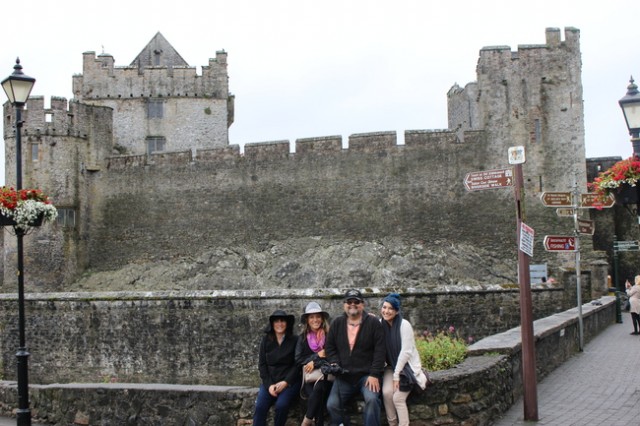 After our stop at these two sites in County Tipperary, we continued on to Newmarket-on-Fergus in County Clare where were going to spend the night at the Dromoland Estate. Stay tuned for a recap and photos from our fairytime evening dining at Dromoland Castle.

Have you been to Cahir or Cashel? What were your thoughts on the two?