Our trip to Ireland marks a milestone birthday for my father, and maybe even more importantly the first ever international family trip that we’ve been on together. Ireland has long been on my father’s bucket list so it seemed a natural destination for our celebratory excursion when we were brainstorming this getaway. Together, we’ll be spending two days in Dublin followed by an Irish road trip that will have us delving into County Kerry with some world-class scenic drives.

This forthcoming series of posts will be slightly different from any others historically in that my entire family will be in tow. The five of us represent a medley of personalities and interests – as do most families – so I thought it may be fun for us (and for others) to profile all of the travelers on this trip along with each person’s highlights along the way. You may identify with one of us more than another and my hope is that we can collectively highlight what a family road trip through Ireland can be, and how our range of interests can be represented during this getaway.

So, without further ado, the team: 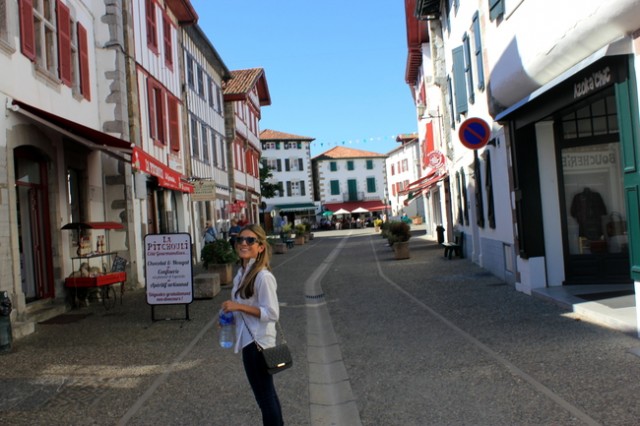 Okay, okay. No profile really needed here as I think my interests and personality have come through in this blog over the last six years but it may be worth giving a brief blurb.

Clearly, I love traveling, and while I’ve enjoyed our adventures around the world, Europe remains my favorite continent for travel. I love the variety of cultures and languages represented within the continent, and always find myself enchanted with the architecture and European history. I’m the typical eldest child: I’m the planner in the family, and while I may waffle on the side of over planning, I’ve learned to value flexibility and love the opportunity for unplanned adventures (as long as I feel prepared for a destination broadly). I prefer coffee to tea, red wine to white wine, and am not a big fan of beer or whiskey (which is relevant for this particular trip). In a pub, I nearly exclusively order cider if it’s available. I love experiencing live music, always prefer quaint boutiques and shops to mega complexes when traveling, and will never pass up a market (especially a farmer’s market). I’m a pescetarian but love sampling local cuisine as much as possible. I’ve been to Ireland one time before in 2010, spending time in Dublin and the West Coast.

What I’m most looking forward to in Ireland, besides spending time with my family: exploring castles, scoping out Irish landscape, and experiencing Skellig Michael. 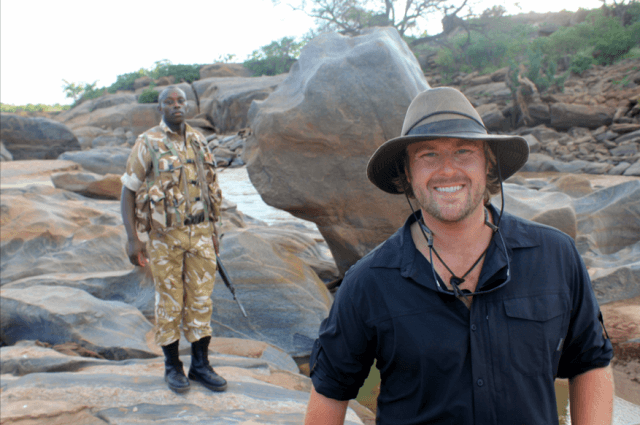 Whether or not I’ve detailed my husband’s likes and dislikes in the past, I think his personality has come through a bit as we’ve traveled together over the years. Scott is the ultimate travel partner and we travel remarkably well together (one of the selling points when we decided to tie the knot). Like me, he’s the oldest child and bears many of the same symptoms: he’s a researcher and a planner that’s generally the responsible one in a group, though his FOMO is second to none. He grew up with globe-trotting parents and has traveled more extensively than I have. He has a particular love for China (and Asia broadly) though enjoys Europe as much as the next traveler. If given the choice of buying clothes or spending the money on a great meal, he’d always opt for the great meal, especially when traveling in a new destination. He’s spent very little time in the UK and has never been to Ireland before, and is excited to experience the pub culture and camaraderie that the destination has become known for. Unlike me, he’s a carnivore, and a beer and whiskey lover, which makes Irish pub culture particularly enticing. He always prefers off-the-beaten path spots to tourist go-tos and loves to experience real local culture in destinations that are not always on other people’s radar. He’s the biggest foodie of the group (but not a food snob), and is excited about the farm-to-table renaissance happening in Ireland. 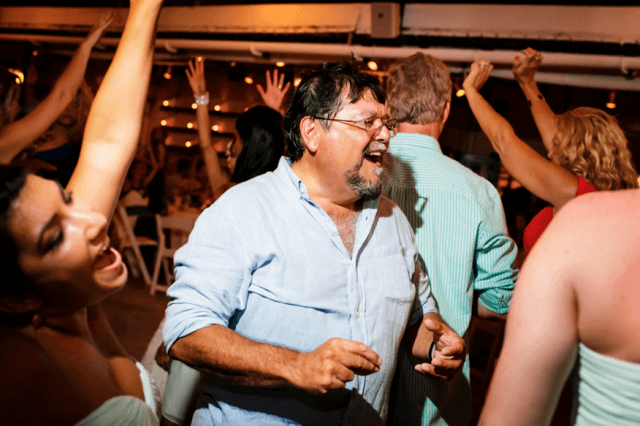 This trip all began during a brainstorming session for my father’s 60th birthday. Ireland and Scotland were both at the top of his bucket list and while we weren’t sure we’d be able to pull it off, we’ve made it happen! We’re here because of him. He’s probably the biggest history buff in the group and is a lover of medieval history in particular. He’d be in heaven spending a week exploring castles, cathedrals and manors and reading about the history of every place he’s visiting. Beyond this historical component, he loves the fantasy elements that come with Irish tradition. He loves museums, perhaps more than all of us, but also loves good beer and whiskey. While he’s also the oldest child in his family, he’s less of a planner, is less inclined to try to seek out hidden gems in advance, and would naturally prefer to see where the day takes him. He’d generally prefer dining in a pub to a fine dining experience, likes local outdoor markets and would easily be happy visiting a collection of TripAdvisor’s Top 10 spots in any given city. His previous travels have been primarily within Western Europe, but this trip will mark his first time in Ireland.

What he’s most looking forward to in Ireland: Pub culture, getting a taste of authentic Ireland, visiting castles, and enjoying the scenery. 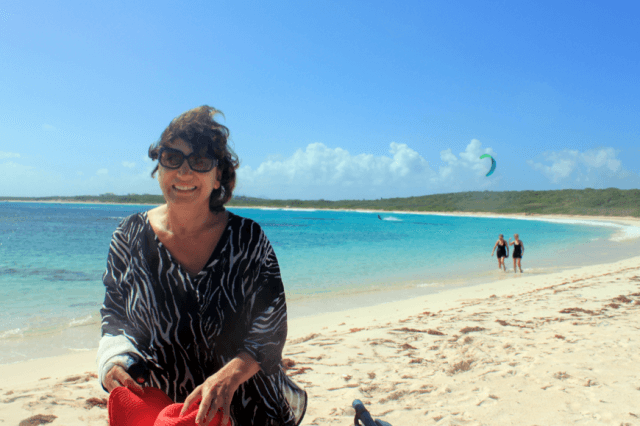 Where do I start? Firstly, my parents are divorced (this comes as a shock to some people since they’ve remained best friends), but still love spending time together and get along remarkably well. My mom was born and raised in Malta and has traveled relatively little outside of the United States. She has an incredibly child-like spirit and is entertained and excited with nearly everything. I mean this in the kindest way possible: she’s a typical tourist. She loves taking photos and videos of everything, and while she’s invested in great equipment (that she bought on QVC), she hasn’t really learned how to use any of it yet (we’re hoping she’ll be able to practice in Ireland!). She’s been known to crop off a few heads in photos so we’re diligient about double-checking the quality when she’s playing photographer. She’s not overly interested in history or in culture, and museums are some of her least favorite places generally speaking. She likes seeing things. She loves the idea of seeing castles and landscapes and horseback riding, and her desire to see Ireland has grown since she saw it showcased on The Bachelorette. She’s the perfect candidate for a guided bus tour with a set itinerary and group since she would normally have a hard time navigating a city on her own if left to her own devices. In a pub, she’d likely order a shandy or a cider though she likes beer more than I do. She’d far prefer a casual local restaurant to a fine dining experience, and also loves local markets, especially if she can haggle. Beyond Malta, this is the first European destination she will have visited.

What she’s most looking forward to in Ireland: exploring castles and visiting breweries. 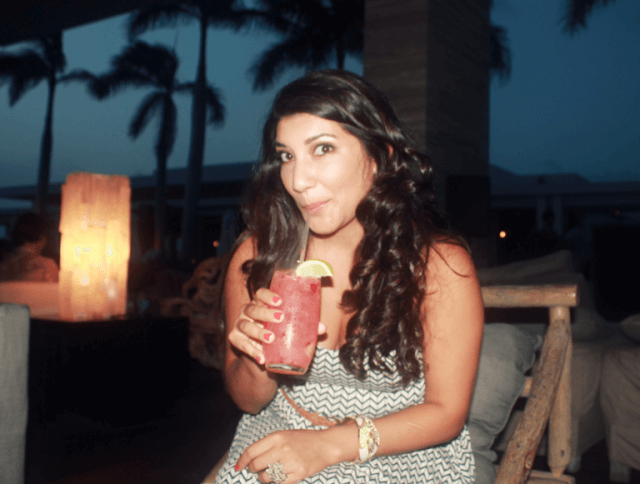 My sister is four years younger than I am and falls very much into the second child persona. She’s a bit more of a risk taker than I am and could best be described as eclectic. She has blue hair, a myriad of tattoos including a foot tat of a dinosaur with a monocle, and is interested in a future in criminal psychology. She’s always up for any adventure (but would hate to plan it), and can always be counted on to boost the group’s energy. Unlike me, she’s likely to leave a destination having taken zero photos and would always prefer to live in the moment (she signed up for Facebook just last year). If we were playing pub trivia, I’d want her on my team. She’s incredibly smart, knows some of the world’s most random facts, and enjoys learning outside of a classroom setting. Her first international trip was a visit to London when I was living there (you’ll remember our Eurotrip here) and loves the idea of European travel. She’d generally prefer spending a day drinking a pint in a pub than visiting a museum though she loves sightseeing in new destinations and does actually enjoy a well done museum. She loves good beer (well, any beer really), and would be first in line for a whisky tasting even if she’s not the biggest fan of whisky. While we’re incredibly different, she’s my best friend and knows me better than anyone; despite our somewhat different interests, we have a blast together. Like my dad, most of her travels have been within Western Europe and this will mark her first visit to Ireland.

10 Things to Do in the Exumas