In addition to checking out Belen Market and exploring Iquitos, we ventured off on Friday to explore an animal orphanage and butterfly farm called Pilpintuwasi. The orphanage is located a fair distance from the central part of Iquitos and involved a ride in a tuk tuk, followed by a 25 minute ride (at least) by boat to the farm’s entry point. The orphanage was founded by an Austrian woman and, from what I gathered, is run entirely on volunteer support.

As soon as we reached the entry way, we were greeted by howler monkeys and macaws and handed over a reasonable sum (S/. 20 each) to begin exploring the grounds. Unlike a zoo environment (which I’m not always a huge fan of), these animals were rescued and have been kept at Pilpintuwasi despite the great lengths that the staff has to go through to keep them safe and thriving. The entry fee helps cover the food and housing for all of the animals housed on the remote property. 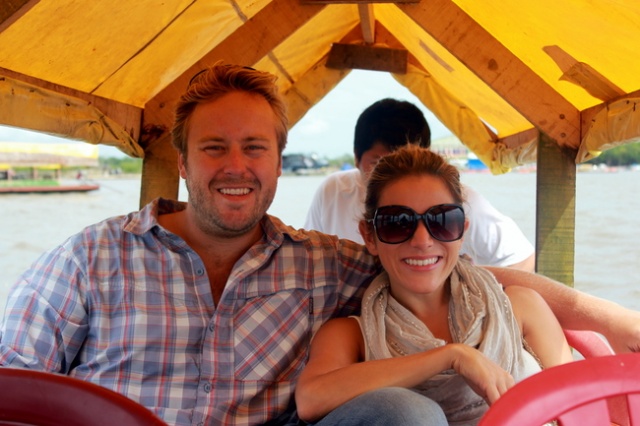 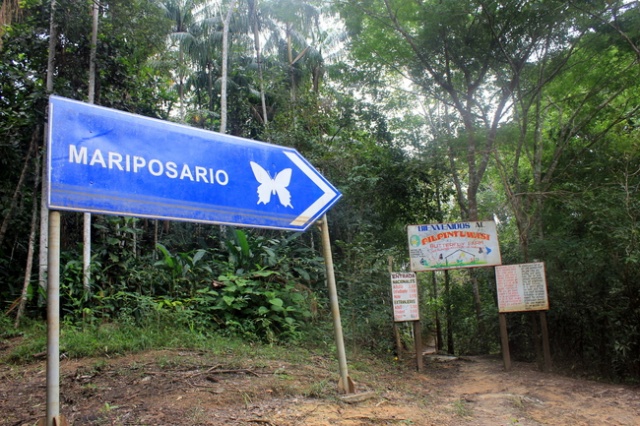 Our private tour was led by a knowledgable Swiss volunteer who was completing a multi-month stint at the orphanage. She began by taking us to the butterfly farm, an area filled with butterfly eggs, host plants and grown butterflies. 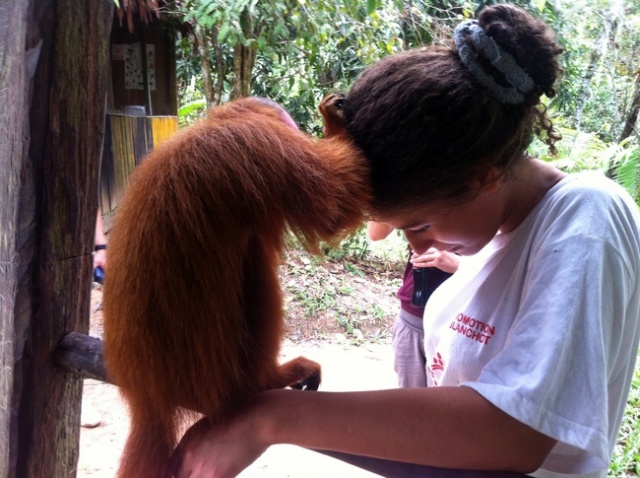 The Swiss girl had a curious amount of knowledge about butterflies, metamorphosis, chrysalises and the like, but it made for a very informative tour. After departing the butterfly area, we were able to see other orphan animals that were being supported by the Pilpintuwasi Butterfly Farm and Animal Orphanage: toucans, coatis, monkeys, marmosets, macaws, an ocelot and a jaguar, which appeared to be their crowning glory. 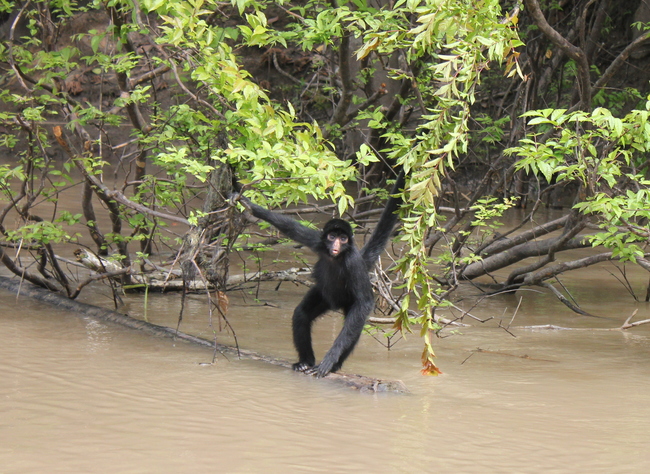 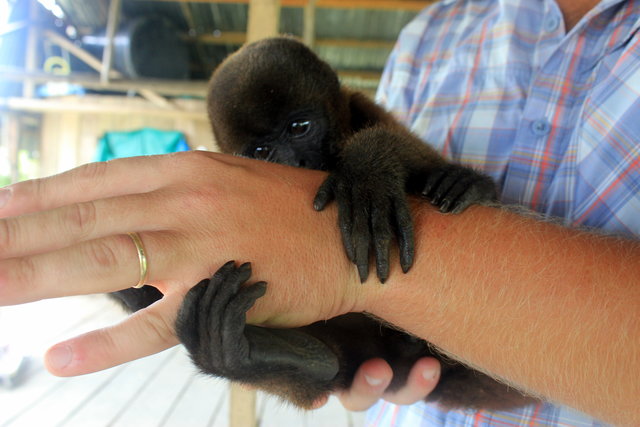 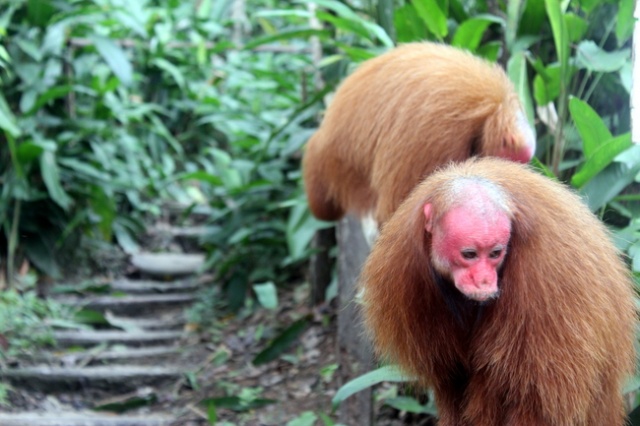 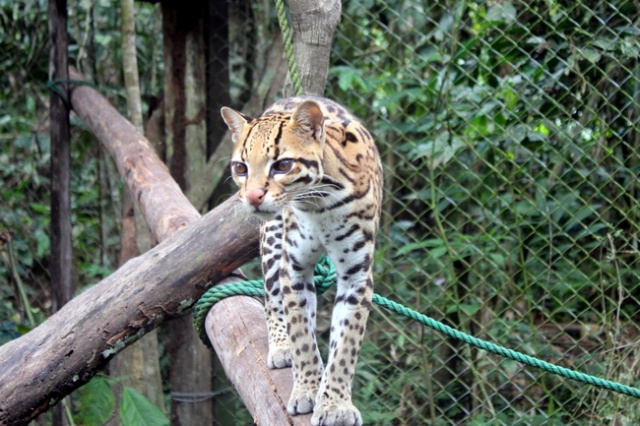 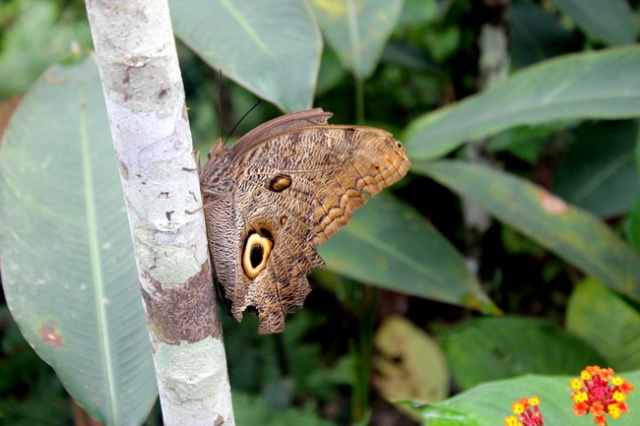 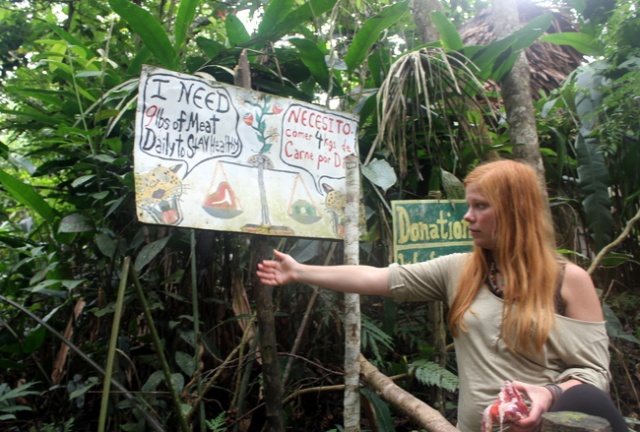 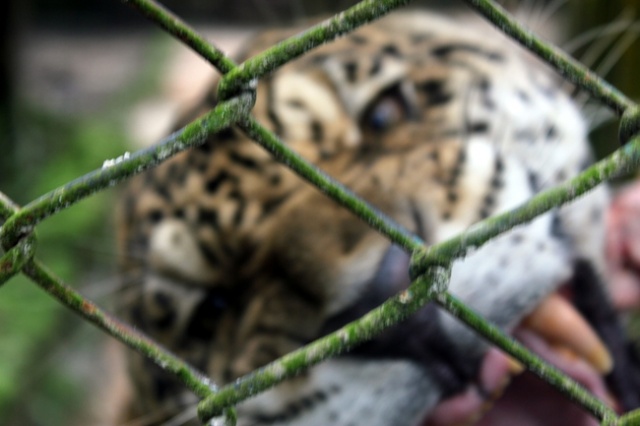 The jaguar’s story was interesting to say the least. He has been residing at the orphanage for roughly nine years after being rescued. As you can see in the sign above, he needs 9 POUNDS of meat per day to stay alive and healthy, 70% of which needs to be red meat, an expensive commitment for the orphanage. With the alternatives being small cages and cramped environments, they decided to keep him and use the majority of funds raised from entry fees to help feed him. Recently, a zoo in the US offered to provide him a new home with ample space, the proper diet and zoologists who could study him in captivity. When the owner agreed and tried to gain permission to send him, the Peruvian government put a stop to it, not allowing animals from the Amazon to be sent abroad. So, the jaguar stays at Pilpintuwasi with no funding from the government and the responsibility of providing ample food and space to help him thrive. A bit mixed up on the government’s part…

In any case, the trip was worth the time and the money while exploring Iquitos. The town doesn’t have a ton to offer visitors outside of a local market and Ayahuasca retreats (like this, this and this). If you’re interested in supporting Pilpintuwasi through donations or volunteerism, check out their site for more information.