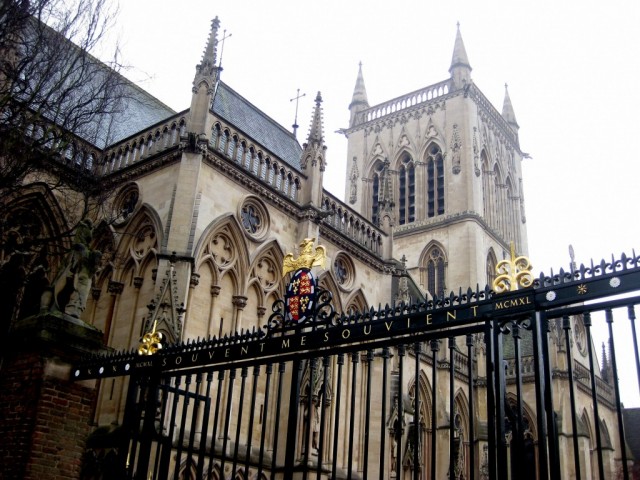 Being that Wednesday marked the end of my academic week and the completion of presentation number two of three for the term, I felt like a little excursion out of London was necessary. As a reward, I booked round trip coach tickets through National Express and got fun fare ticket pricing for £8 return!

To be honest, Oxford was higher on my list, but the fact that I found tickets that were so inexpensive — well, Cambridge seemed like a worthy excursion at that price. I visited the town’s website before going so I could get a feel for what there is to see, but aside from shopping, my main sightseeing was geared towards seeing the colleges (there are 31 of them). Most people are aware that Cambridge has been home to some bright minds — Watson & Crick and their discovery of DNA, Milne’s Winnie the Pooh, Isaac Newton’s discovery of gravity —  certainly an illustrious pool of intelligence and I was excited to see the colleges at the very least. It’s rather interesting because each college is an independent institution. When I typically think of universities, I envision going to one main ‘campus’ and then sightseeing from there, but in this case the town of Cambridge is the university’s ‘campus’, with colleges sprawled all over. Sadly, a number of the colleges were closed when I was there so I only got to see the exteriors, but even from the outside the buildings were pretty remarkable. 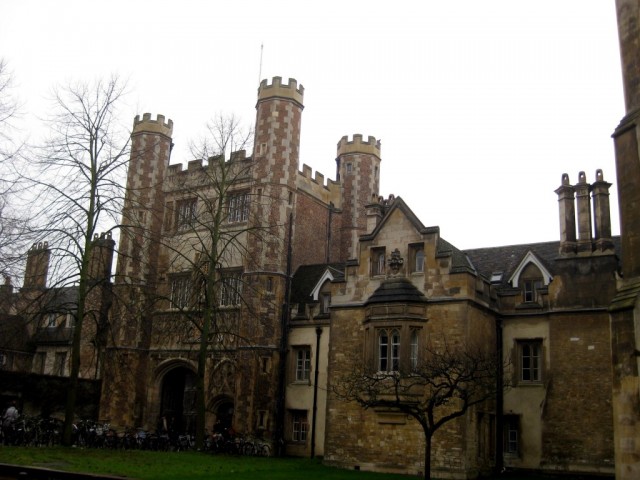 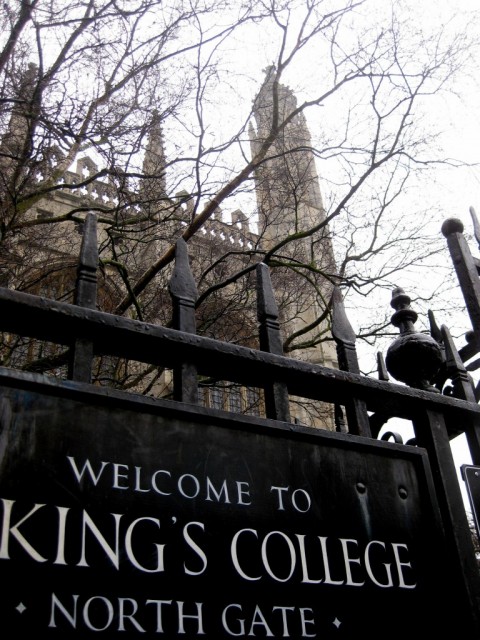 I wish I had more pictures of everything housed in these colleges — the libraries, the mathematical bridge, etc. but a number were closed and most of the colleges with sights to see charge admission fees. I probably should have just paid the fee to get the most out of it, but the rain was a bit of a deterrent.

A part of me was actually a bit nervous about making the trip – I was afraid that after being there and seeing the colleges, I would feel a tinge of regret for coming to LSE over looking at Cambridge or Oxford. Let me just say – the trip did one important thing for me: It reinforced the fact that London was the best decision for me. Not that Cambridge wasn’t nice. The town was cute — kind of antiquated and preserved with decent shopping for a town of its size. Perhaps the rain put a bit of a damper on the day, but despite all of its history and architecture and the wow-factor of its alum, I spent most of the day shopping and poking around old book shops. In fact, one of the best parts of my day was being on the coach as it entered London at night. Seeing London all lit up as we drove along the Thames reminded me just how amazing the city is. I might be a bit biased, but I came up with a brilliant theory during my trip:

Also, for anyone that’s going to Cambridge to visit, one piece of advice: Go on a Saturday. I went on a Thursday and saw a number of signs about markets that take place on Saturdays: different craft markets and farmers markets, which I imagine add a fun layer and cool dynamic to the academic experience of the town.

What are your musts in Cambridge? How would you spend a day there?

Brighton, England: A Trip to the Beach