Plus a few tips for first-time visitors

China has somewhat recently introduced their visa free transit program which allows 72 hours in many major Chinese cities and up to 144 hours in a select few, including Shanghai. For American visitors, this is an absolute game-changer and can make a trip to China feasible as a trip unto itself or as part of a larger trip in the region. Typically the Chinese visa process can be a bit cumbersome, and for anyone without an Embassy in close proximity, it can be particularly painful. Being allowed to enter China without having to apply for a visa in advance helped us make the decision to start our trip in Shanghai, and we met many people along the way who were incorporating a handful of nights in China into a broader Asia itinerary.

To clarify, since we had this question ourselves: there’s nothing you need to do in advance. The only critical component is that you have a return flight or exit flight booked as proof that you are, in fact, leaving China. There is no one to email in advance, no visa waiver letter required, no online application or documentation. 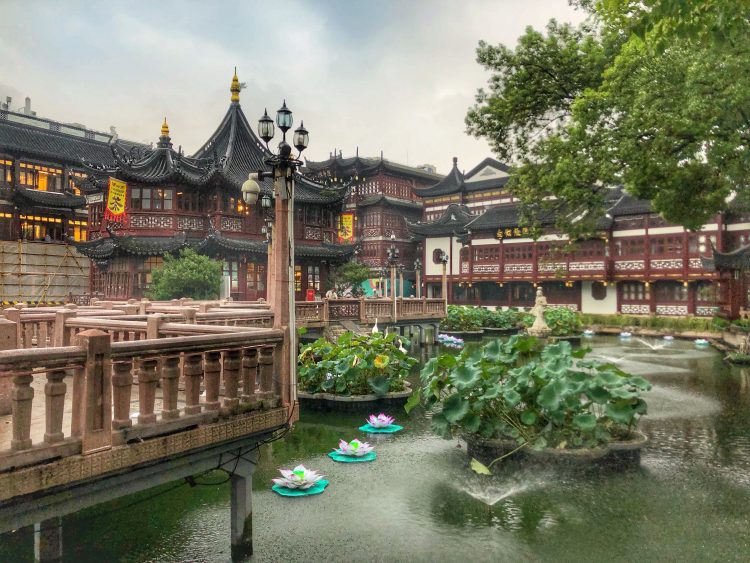 Arrive in Shanghai (other major tourist cities on this program include Beijing, Chengdu and Tianjin)

1When you check-in for your flight the desk agent will likely ask about your Chinese visa, as was the case for us. We explained that we were going to be entering China on the 72/144 hour visa free transit/visa waiver program and that was sufficient.

2You’ll see lines for visitors that have already acquired a visa prior to arrival – don’t go into that line. There’s a separate line for the 144-hour visa free transit/waiver program. The line was non-existent for us and the immigration officers were helpful and pleasant.

Fill out the Required Form

3You’ll see an area with forms to fill out; you’ll need this at the immigrations window. It’s a basic document that is similar to many immigrations forms; nothing out of the ordinary is required.

Present your Form, Passport + your Ongoing Flight Information to the Agent

4When you get to the window you’ll provide your passport, the filled out visa waiver form, AND proof of exit from China. Print out your flight information before your trip to make this a non-issue and make sure your names are clearly shown on the document. They’ll collect biometric information at immigrations (fingerprints and photo), and then allow you through. We ended up making it through without any lines; faster than the people who had applied for visas in advance. You’ll receive a small sticker in your passport that takes up the space of a typical passport stamp.

Other Considerations for a Visit to China 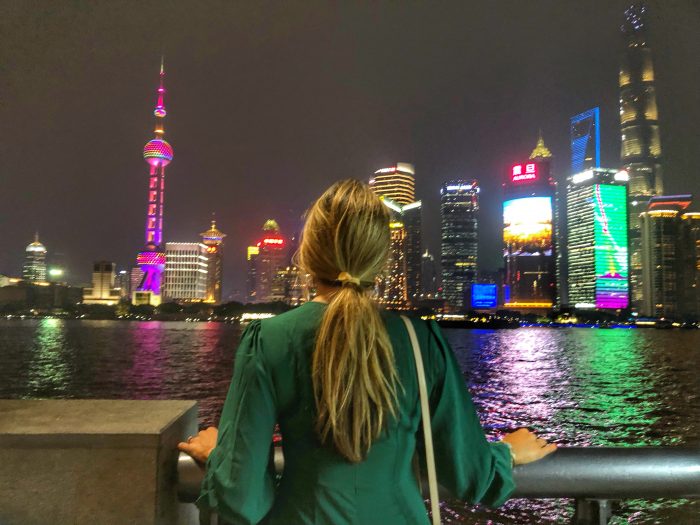 Shanghai is super cosmopolitan and feels Western in many ways, but you’re still in China, which means that your access to certain communications will be limited. For some, this isn’t a surprise, but for many – including myself – it may be a jarring reality when you realize that you’re not able to access your Gmail account or log in to Facebook or Instagram. That’s true even on hotel WiFi. Your internet access will work but your access to certain communications will be stalled. Many of the apps you’re accustomed to using have a Chinese counterpart (e.g. WeChat instead of WhatsApp, Didi instead of Uber) so if you’re planning on utilizing any of those functions, you’ll want to plan accordingly. 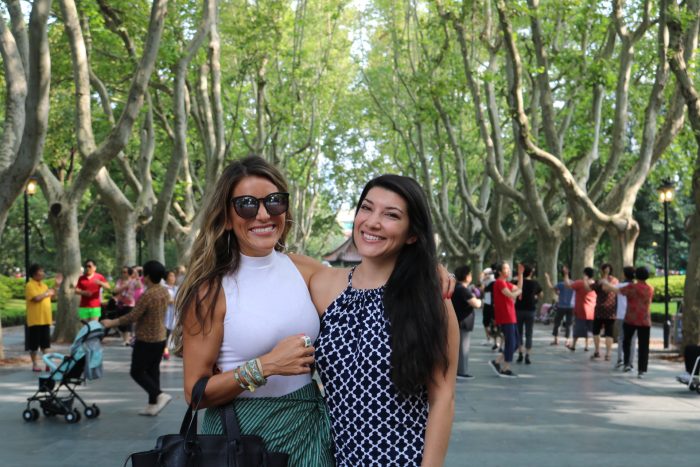 1One of my final comments leaving Shanghai was regarding the city’s infrastructure. The team in charge of urban planning knocked it out of the park. Shanghai is very thoughtfully designed and that extends to its metro system, which is clean, orderly, inexpensive and well-connected. For many people, this is a great way to get around Shanghai for longer journeys that cannot be made on foot. Journeys within the city typically cost us about CNY 3 each way per person (about 50¢). For those used to the New York Subway system, you’ll be wowed by the orderliness and cleanliness.

If you’re an Uber person, download Didi, which is the equivalent of Uber in China. Again, it’s incredibly affordable (a 10-minute journey was about $2) but the Metro can be easier depending on your destination and the traffic. Unlike Uber, someone else can use Didi on your behalf. For example, my sister who lives in Shanghai, could request a Didi to pick us up and take us to our hotel even though she wasn’t in the car with us. Handy!

Lastly, don’t discount walking the city. Shanghai is well designed and very walkable. We enjoyed a morning run on the Bund and ended with a stroll through the Yuyuan Gardens before walking back to our home base. I was expecting chaotic driving and heavy traffic but we found that generally (outside of rush hour periods), everything was very orderly and shockingly peaceful. 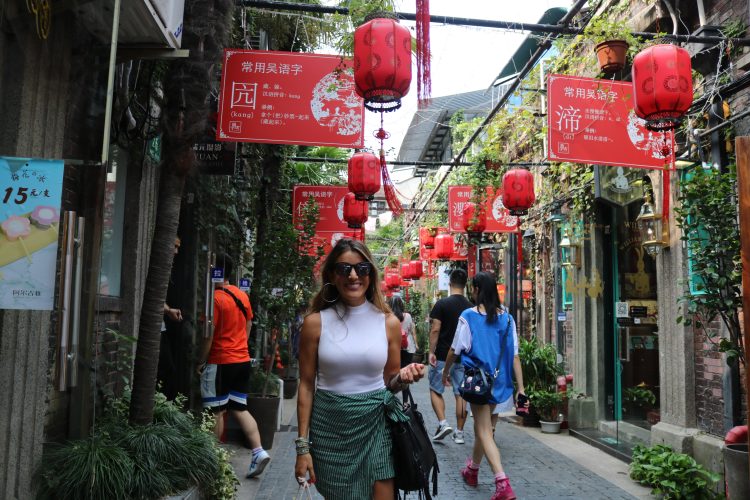 2Yes, your communications will be limited but there’s a workaround. For those that are utilizing China’s visa-free transit program in Shanghai or other cities, you’ll be in China for less than 6 days. There are options to download a VPN for your phone and while most are subscription-based services, we were able to download one on a one-week free trial and then discontinue the subscription when we departed. It’s incredibly easy; the VPN is a click-on and click-off app, which then allows you access to functions that are typically blocked like Google-based mail, Facebook, Instagram, and Google search functions.  A few hours in China without a VPN will allow you to quickly realize how much we rely on Google’s products!

For those wanting to be connected on the fly, try a portable Wifi hub like SkyRoam. Throughout China and Southeast Asia, our Skyroam WiFi hub has worked wonders. Some destinations struggle with the SkyRoam but our experience in Asia was a breeze. The hub itself is $149 (a one-time purchase) then you have the choice to turn wi-fi on and off as needed ($9 per day when it’s engaged). Up to 5 devices can be connected. We used it every day in China while we wandered around, which was especially helpful with the map function as we meandered through the city. Use this link + the code SKYROAMTWE upon check out for 10% off of your purchase for SkyRoam. Truly a traveler’s best friend in Asia! 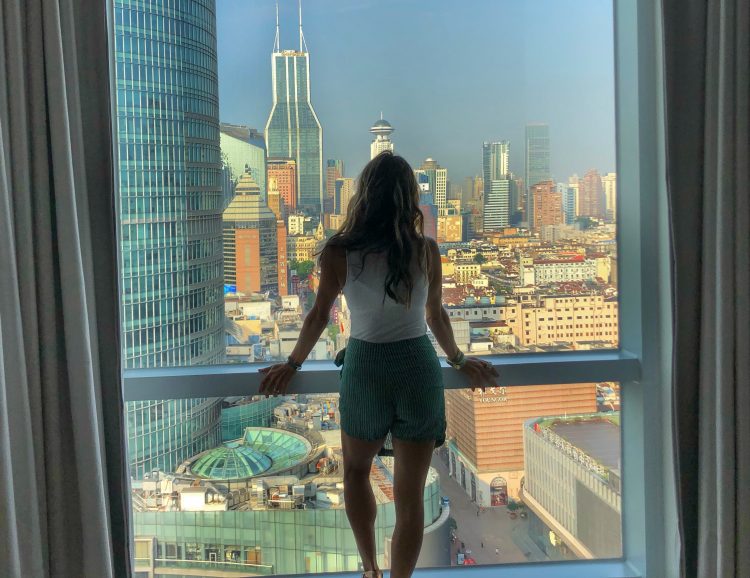 3Finally, currency and money handling. The Yuan is used in China (you’ll also hear it referenced as Renminbi – RMB – and colloquially as kuai), and at the time of writing the yuan is roughly CNY 7 to $1. We changed money at our hotel, the Shanghai EDITION, but there are money changing windows throughout the city. In our experience, credit cards were accepted at established restaurants (inform your credit card before traveling), but we used cash for the small, hole-in-the-wall local joints where we just wanted to grab a quick dumpling or two. I always err on the side of not changing too much cash as changing it back at the end doesn’t work in your favor.

In general, Shanghai surprised me a bit. Scott raved about the city from his time living there, and spoke highly about the quality of life and the cosmopolitan nature of Shanghai. My sister, who’s called the city home for just a couple of months or so now, quickly fell into her groove and shared her love for the East meets West feel in the city. I knew Shanghai would feel Westernized in many ways and have the big city feel, but I found myself very surprised by the cleanliness, orderliness and thoughtfulness of the city in general. The metro system isn’t only affordable, it’s clean, well-connected, and insanely orderly (people were literally lined up at each train door, entering one by one… like when does that happen?!).

There are green spaces interspersed within the high-rise scene, allowing small oases of peaceful nature within an otherwise bustling city. We watched people enjoying their morning Tai Chi or a game of badminton in the park during the early hours of the day, keeping some traditional elements alive in a city that seems to be changing around them rapidly. And yes, you’ll find McDonald’s and Starbucks on every corner, but you’ll also see locals pulling noodles as they have for generations, hand cutting them, and putting them into piping hot bowls of soup that are slurped up by Chinese patrons (you can read about our breakfast tour through Shanghai for inspo, too). There are wet markets selling a myriad of fruits, vegetables, meats and unidentifiable items that are eagerly scooped up by local grandmothers for their meals. Cities can sometimes feel like more of the same, but there are still vestiges of traditional Chinese culture in pockets that made me feel like I was somewhere. I haven’t been to other Chinese cities, but I know enough to know that Shanghai is not representative of China as a whole. That said, for me, it was a wonderful intro to the country, and a great way to start our ongoing journey to Southeast Asia.

What would you add for tips + thoughts for first-timers to Shanghai or China in general? Have you entered China (or considered going) on the Visa-Free Transit program?