We woke up our second morning to sunshiny skies and a pool that was beckoning outside of our window. We quickly developed a morning ritual that took us through the week: Scott would make a morning visit to the on-site barista to grab two iced coffees while I snagged two seats by the pool. Armed with a grande dose of caffeine, our iPads and SPF, we sat perched under the sun by 9:30 or 10A. We’re used to sunshine, but it was surprisingly hot within the early hours of the morning.

One of the criterion when picking a hotel was the pool. We are surrounded by world-class beaches every day so while the seaside view was important, we knew that we would likely be spending our time poolside, rather than in the sand. We also wanted a pool with a swim-up bar. Not only did Casa Dorada have a swim-up bar, they ran happy hours from 11A – 12PM and from 4P – 5P daily. $8 frozen drinks were okay by us, but 2 for 1s? I mean, who am I to pass up a deal? 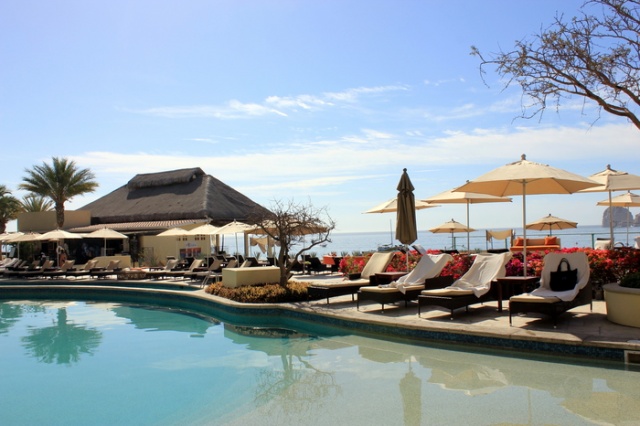 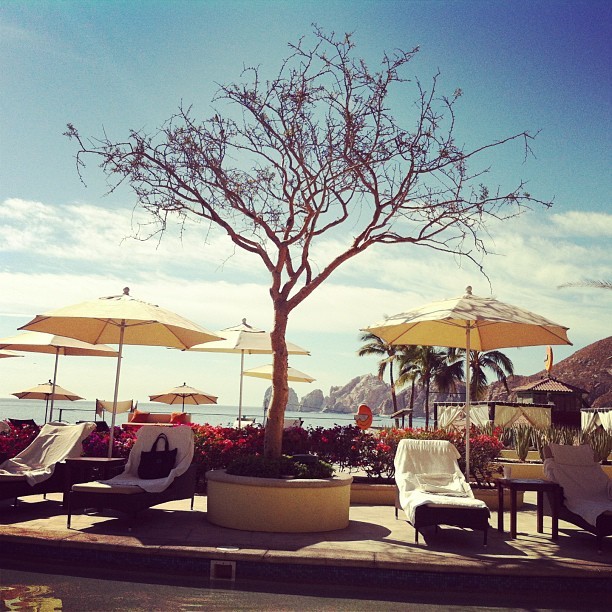 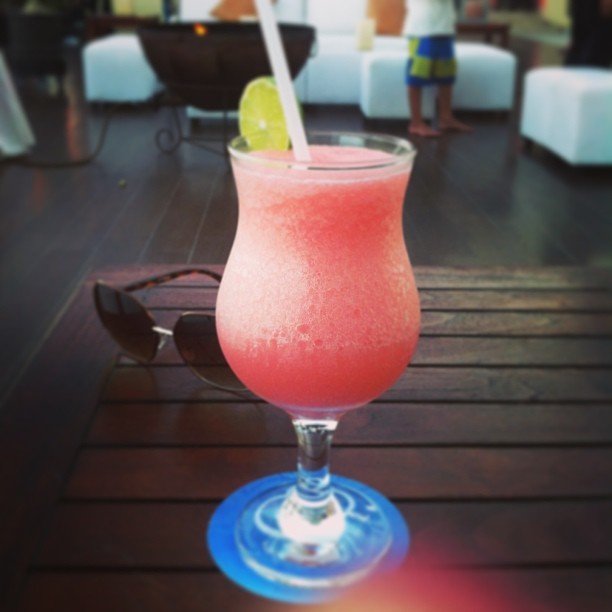 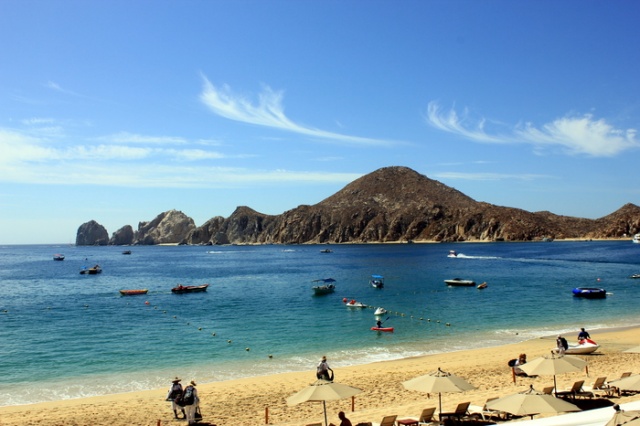 After our morning at the pool, we made it our mission to spend a fair part of the afternoon exploring and sightseeing. We started by heading to The Office, an institution in Cabo and a perfect place for lunch. We opted to split fresh ceviche and snag healthy, Mexican lunches. 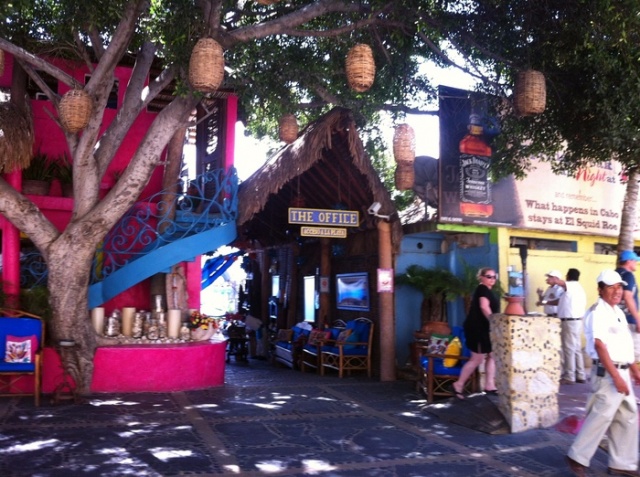 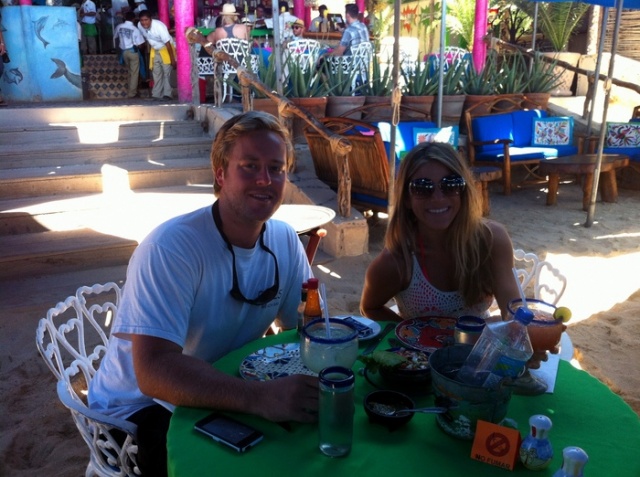 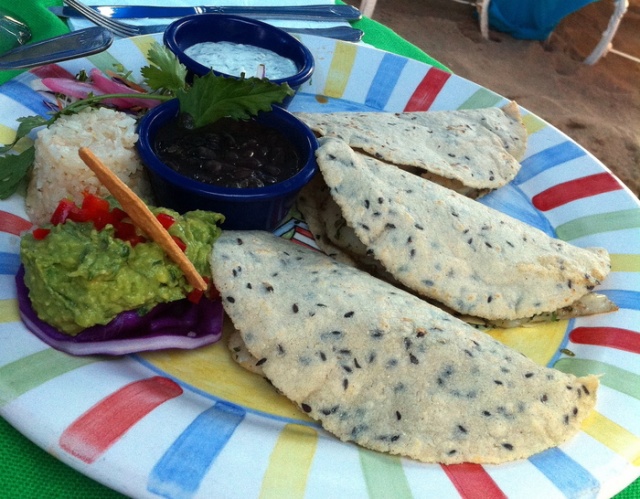 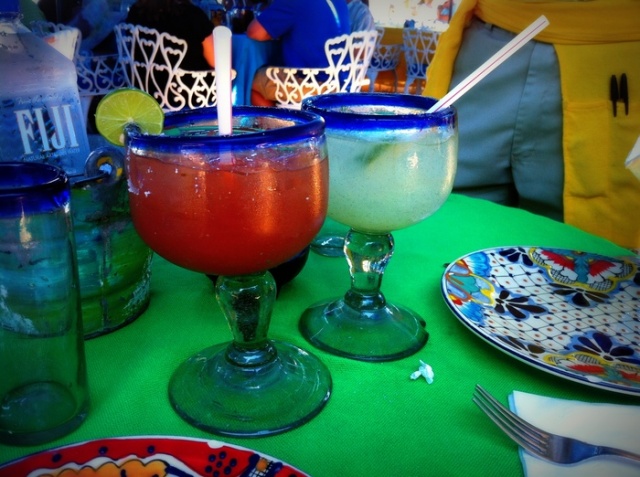 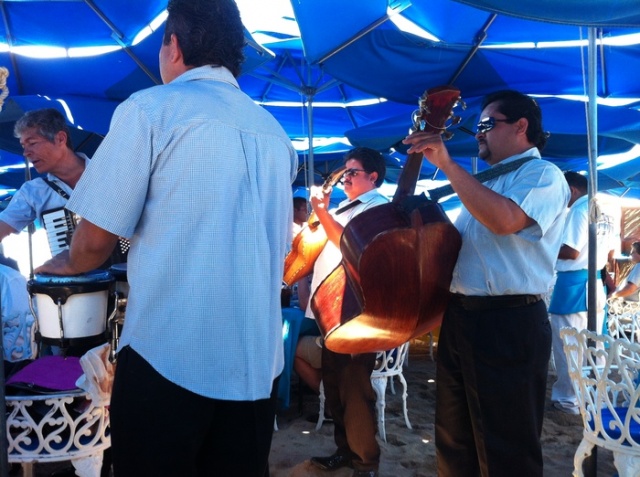 After lunch we walked down to the harbor, popping into shops along the way. We contemplated partaking in a number of the activities that locals were pushing: deep-sea fishing, zip lining and tours, but we decided against it. With only 3 real days to enjoy Cabo, we prioritized our outings and genuinely focused on pure, unadulterated and unstructured relaxation. On our way back, we were offered a ride on a water taxi. For $3 each (the same price as a regular cab), we decided a ride on the water would be well worth it. We were quickly roped into a mini tour. For $20 total, we were swept to El Arco, one of the main sights in Cabo. 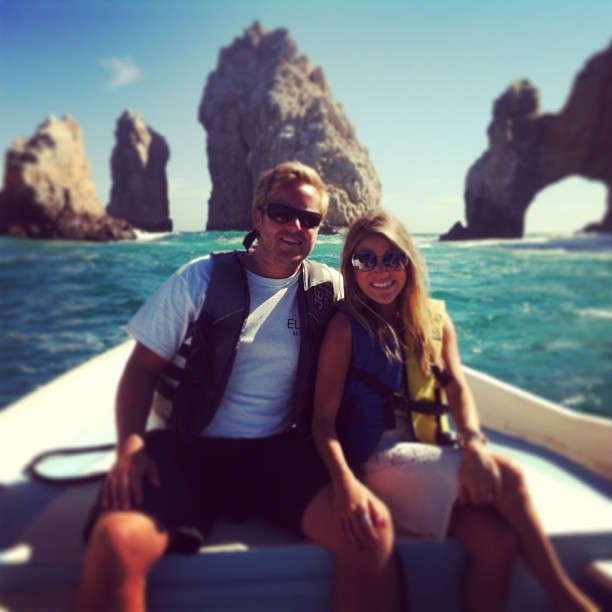 {See all of the pictures from our tour here.}

For $10 each, the tour (and the ride back to our hotel), was well worth it. We were driven down to Land’s End, where the Sea of Cortez meets the Pacific Ocean. Our driver/tour guide pointed out Lover’s Beach and doled fish food into the ocean to attract fish passing by. We arrived back at our hotel with enough time to cool down in our rooms, and grab margaritas at 12 Tribes, the on-site restaurant.

Like I mentioned in my first Cabo-related post, one of the things I was most impressed with during our Mexican vacay was the food. We’re both very much researchers, mind you, so we had a list of our top restaurants based on reviews we’d read, plus input from frequenters to the region. We veered away from fried fare and instead opted for fresh seafood (think ceviche and sashimi). As a non-meat eater there was no shortage of options for me; seafood — delicious, Grade A seafood — was plentiful. Our lunches were great, but our dinners were stellar. 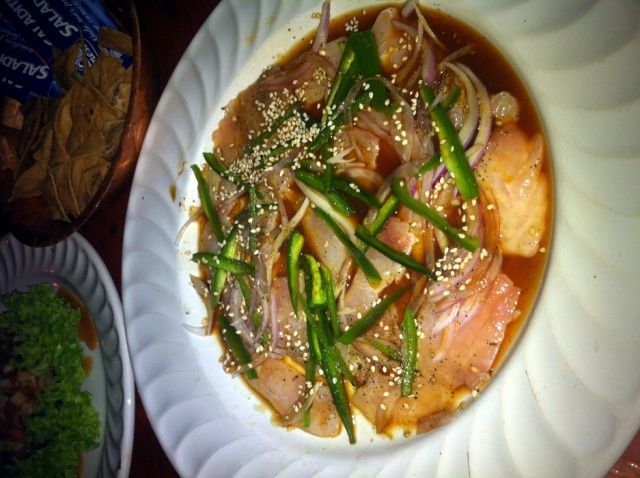 For dinner on Tuesday night, we headed to a small restaurant on a smaller side road, Misiones de Kino. The restaurant was a more casual option, but their TripAdvisor reviews seriously piqued our interest. Once again, we weren’t led astray (thank you, fellow TripAdvisor reviewers). After a quickie $6 cab ride, we were seated under a large palapa, being served up chalices of sangria and margaritas. The food was spectacular. We split tortilla soup, ceviche, sashimi and an octopus dish and had entirely too much food (the price point made us assume that the portions would be on the smaller side). The portions were massive and the prices were reasonable. In hindsight, this may have been my favorite meal of the entire trip.

Afterwards, we headed home, again calling it an early night. In writing this, I realize we sound like an abhorrently boring couple, heading to bed by 10PM while on vacation, but let me tell you — early bedtimes were much-needed and incredibly welcomed. Stay tuned for days 3 and 4 as we continue exploring Cabo and eating our hearts out at the region’s #1 establishment.