It’s nighttime now and the sun has gone down in Agerola, where we are staying for our three days in the Amalfi area. While we’re not far from the town of Amalfi, the drive takes nearly an hour due to the twisty, windy roads that lead down to the waterfront. The roads are intense. We arrived in Naples at around 2:45P and somehow managed to get down to Agerola after a number of bus changes and miserable attempts at speaking Italian. 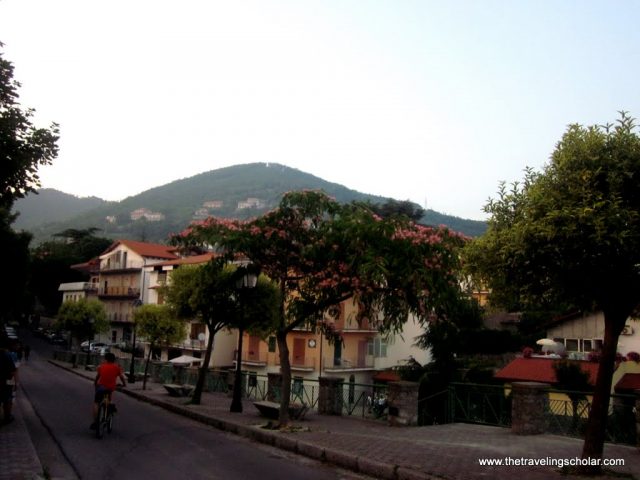 I had heard that Naples was a questionable area and all of the tales rang very true during our hour waiting for the SITA bus. The roads were dirty, the people that we interacted with were borderline creepy and for one of the first times since my move to Europe, I felt uncomfortable being a girl in a city. Soon, however, we met another English-speaking traveler from Australia, and joined forces in to make our way to the town of Agerola (she was staying there, too, though in a different B&B).

After jumping on the SITA bus to Amalfi via Agerola, we arrived an hour later at San Lazarro in the quaint (‘tranquilo’ is how our new friend Sebastiano described it) town of our B&B, Nido degli Dei. The roads weaved in and out, higher and higher while the views of the Amalfi Coast grew below us. The drive is not for the faint-hearted; the roads are narrow and the bus drivers are quite skilled at horn-honking to ensure that cars coming the opposite direction are aware of their presence. The views were exactly as I had imagined them, though I’m not sure that there’s a word that sufficiently describes it. 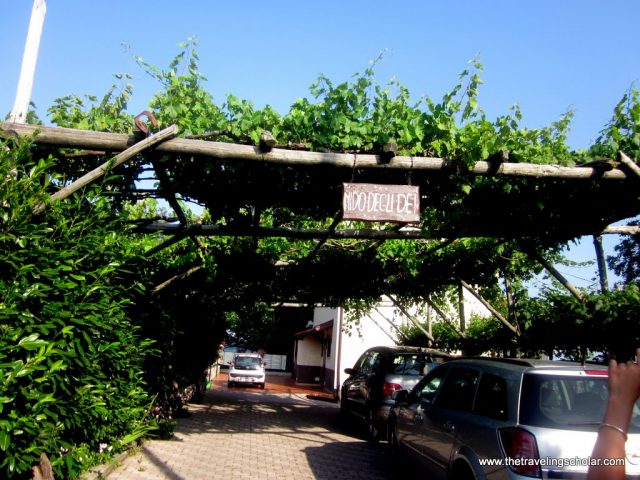 It’s places like this that fuel my desire to travel and reinvigorate my soul. I know that seems rather dramatic – and I realize this even while typing it – but it’s the truth. We have yet to head into Amalfi and the neighboring towns of Positano and Ravello but even the area that we’re in now is inspiring. The views are spectacular, the area is relaxing and the weather is perfect.

Tomorrow we’re heading to Amalfi to explore and check out the town and the next day we’re doing the walk of the gods. I’ve been here for about five hours and am already in love. This is definitely my kind of place – pure, unadulterated beauty in an otherwise chaotic world. I can’t wait to see what the next three days hold!

TRAVEL INSPIRATION: How to Spend a Long Layover in Puerto Rico

10 Wineries to Visit in Montepulciano