I’ve mentioned the whole issue with altitude sickness a few times in my Cusco-related posts and we’ve finally accepted the truth: Scott’s a victim of the city’s elevation. He’d been feeling crummy for a lot of the day. We were out exploring this morning and he pushed through like a champ, but I could tell he wasn’t himself. We headed back to the hotel so he could take a nap; his stomach hurt, his head was foggy and he had the chills.

We assumed altitude sickness would hit immediately, not have a slow onset. Since he was fine yesterday, we figured it was something entirely different. I headed to the local pharmacy to explain his symptoms — in Spanish, no less — to a local pharmacist who prescribed two pills to be coupled together and taken three times a day to fight off his stomach symptoms and his chills. I promptly returned to the hotel room, explained that I was providing him with Peruvian antibiotics and he took them with a bit of water and a few saltines to prevent any further stomach issues. 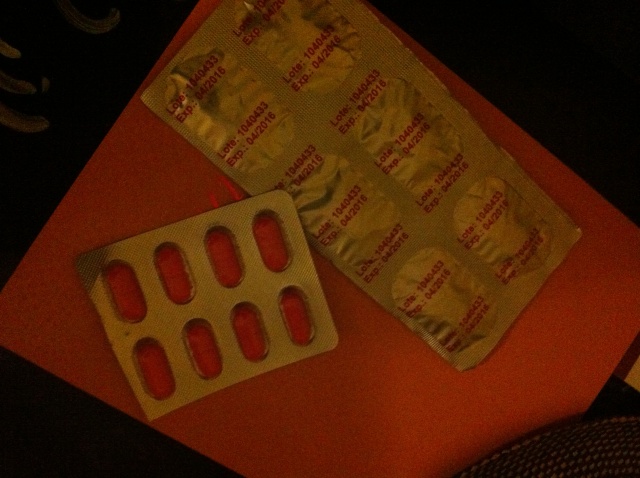 Fast forward a couple of hours (I went out to explore Cusco a bit more while he napped), and Scott’s Googling altitude sickness symptoms only to discover that everything he’s experiencing can happen in more severe cases. We called down to the front desk and they were kind enough to provide us with a tank of oxygen to help him battle the repercussions of the city’s thin air. So now, we’re at our hotel where Scott has taken two questionable antibiotics (though I’m sure they’re totally legitimate) and has now down two, 3-minute doses of oxygen.

On the bright side, we’ll be headed down to Machu Picchu tomorrow where the elevation is lower — a surprising fact — and he’ll likely experience fewer symptoms. Here’s to hoping!

Peru: The Sacred Valley of the Incas