We’re still getting settled in so it feels like vacation for the most part. After lunch and some beach time on Meads Bay, we decided to get some practical things done on Monday. We got our rental car for the month and Scott got his Anguillan cell phone number and an old-school Nokia on which to use it.

Living with Scott’s aunt is actually a huge blessing. We get some inside scoop on the biggest challenges of island life from an expat’s perspective. I sort of tell myself that life here isn’t ‘real’ life; that is, it’s not the life that I would live in the US and I shouldn’t have the same expectations. We had to wait in line for 20+ minutes at the grocery store even though there was just one person in front of us. A number of bills have to be paid in person. Yes, in person. For many services you can’t just pay online or mail a check in; you have to go into the place of business, wait in line and pay the cashier.

Lastly, our car. We got a long-term rental car for the month. After forking over a fairly hefty fee, we jumped into an unnamed Hyundai (I would wager it’s from 2000 or so). The car makes a rattling sound that can’t be tamed, the passenger door doesn’t have a handle inside (I have to roll down the manual window, open the door from the outside and then roll the window back up), and only the brights work (standard lights don’t turn on). On the bright side, the A/C pumps some serious cold air. Thank God! None of this is bad, mind you; it’s just very different and adds to the whole experience. 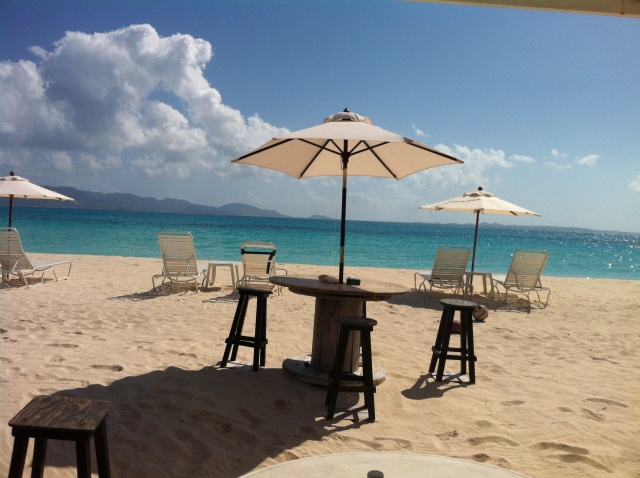 Tuesday felt the most like vacation of any day this trip. We headed to Garvey’s Sunshine Shack on Rendezvous Bay to grab lunch and get in some beach time. Aside from Garvey and a few staff members, the beach was pretty bare when we arrived. Scott and I grabbed two chairs and posted up for the afternoon while Garvey cooked up some fish (for me), and chicken & ribs for Scott. While we were waiting, we sampled some of Garvey’s drinks (the guy knows what he’s doing), and played soccer and volleyball with two local kids. 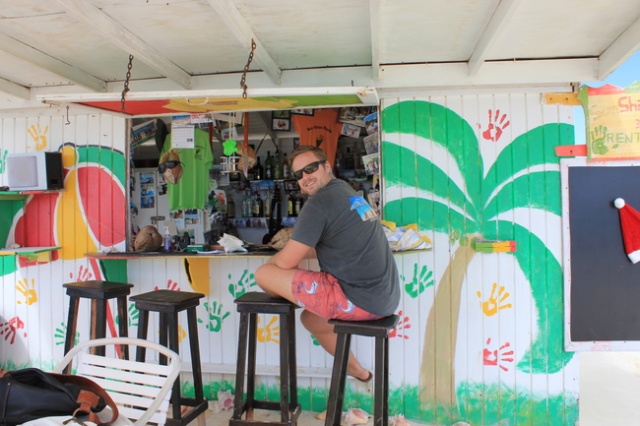 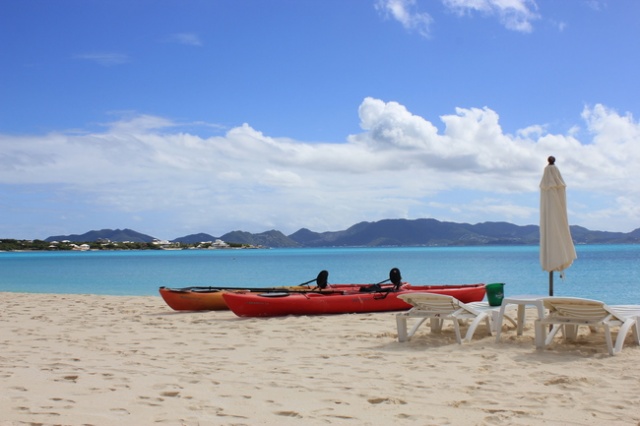 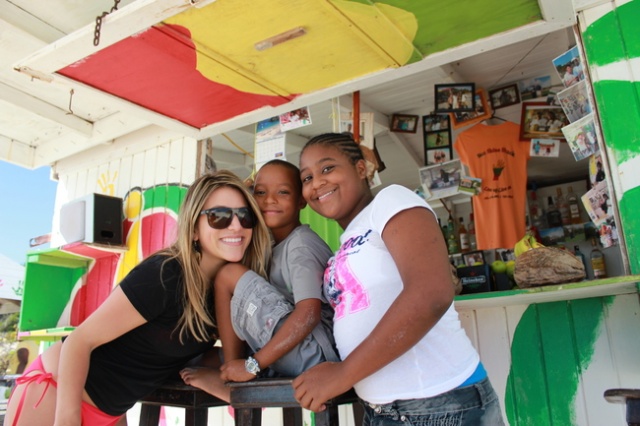 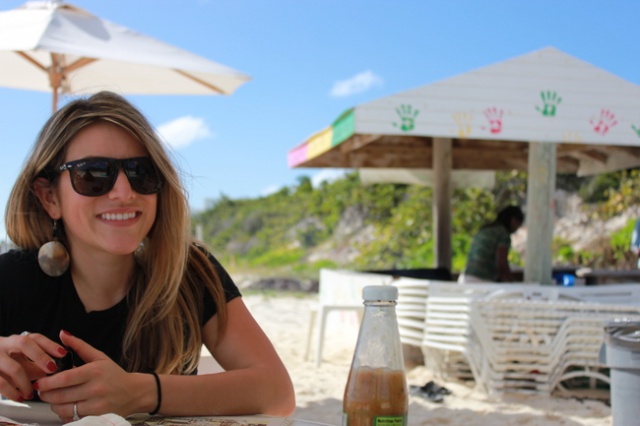 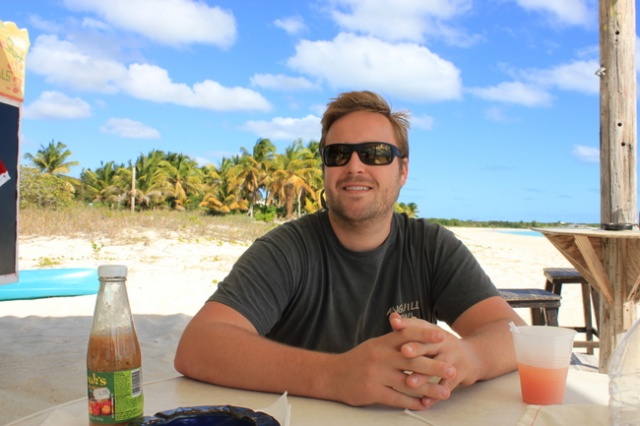 We took some time to stroll up and down Rendezvous Bay, past Bankie Banx’s Dune Preserve and past Cuisinart to see the length of the beach. Our new house is a short walk from Rendezvous Bay so I’m sure we’ll become highly familiar with it. 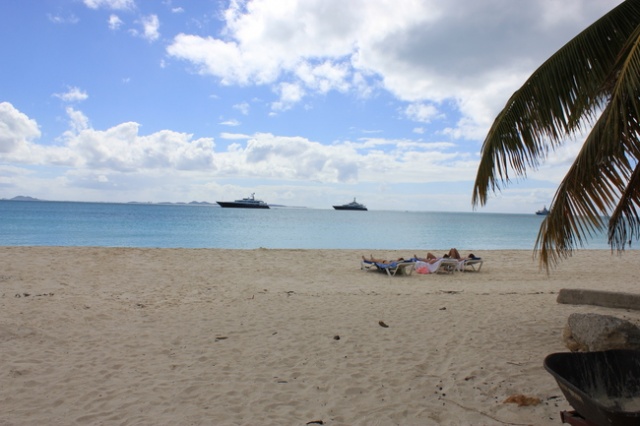 After our leisurely lunch, we headed to the local grocery stores to stock up on some staples. Thus far, if there’s anything about living on an island that I see being a bit of a challenge, it’s grocery shopping. There are maybe 4 big grocery stores on the island (plus a number of smaller ones) with mixed offerings. Prices are all in Eastern Caribbean Dollars, so I had to process what that actually meant for us in US dollars (the exchange rate is 1$ US = 2.68$ EC). A carton of Silk soy milk was around 17$ EC; a box of cereal is about the same. Fruits and veggies, which are largely imported, are a bit pricier, too. Obviously there’s a trade-off. We’re not paying astronomical rent prices like we would in San Francisco, but there’s still a bit of sticker shock at the supermarket. Plus, check-out is a feat in and of itself. As I mentioned, we waited 20+ minutes in the check out line. While I would have been hugely frustrated in the US, I kind of just accepted it here. Let’s hope I maintain that mindset as time goes on!

Check back soon for more stories on getting acclimated.

xoxo from the island,