So, I’m a little ashamed to admit this, but at 26 years old, I had never been to a Giants game. Actually, I had never been to a professional baseball game at all. Sad, I know, but I’ve never been much of a baseball fan. Still, everyone raved about games — ‘they’re way better in real life!’, ‘Even if you don’t like baseball, games are a blast.’ Yeah, yeah. Well, Boat Shoe Boy was on a mission to remedy this experiential lapse (without my knowledge). 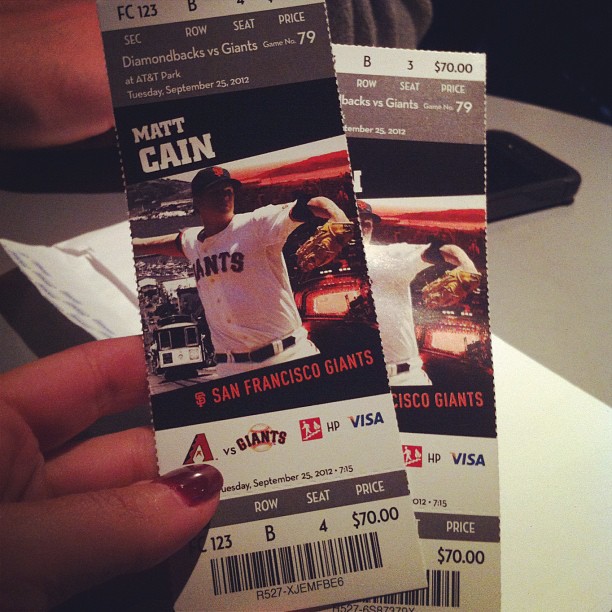 He had planned an entire surprise experience for Tuesday evening, and was committed to keeping it top secret (which is a total feat for him). I assumed I would have a solid inkling a few days before, but when 5PM rolled around, I was still at a total loss. When we linked up and he was wearing an SF Giants shirt, I still didn’t pick up on his cues (maybe my brain has been in a stunted place for the last week).

Me: (pointing at his shirt) ‘You didn’t wear that to work today, did you?’

BSB: ‘No! Have you still not figured it out?’

Me: (silence). Side note: I hadn’t figured it out at this point. I thought he was just a really proud San Franciscan. This is not a far-fetched notion.

BSB: ‘We’re going to the Giants game!!!’ (I use 3 exclamation points because that accurately expresses the excitement in his voice and on his face.)

With the mixed tip-offs he had dropped me, half of me thought we were taking a jaunt up to Marin for dinner, and then there were parts of me that thought we were going on a late night hike or a mini camping excursion. I had zero idea. It took me a minute to digest the idea, but I was so excited to finally experience the legendary professional baseball experience.

On our walk to the ballpark, he mentioned that he had scored some pretty awesome seats. Now, being that I don’t go to many professional sporting events and that I’m rather on the frugal side with these types of expenditures, ‘good seats’ is a very broad term for me.

Well, when he said we had good seats, he wasn’t kidding. First row, right behind the dugout. I spent half of the game watching the players interact because I was so excited! 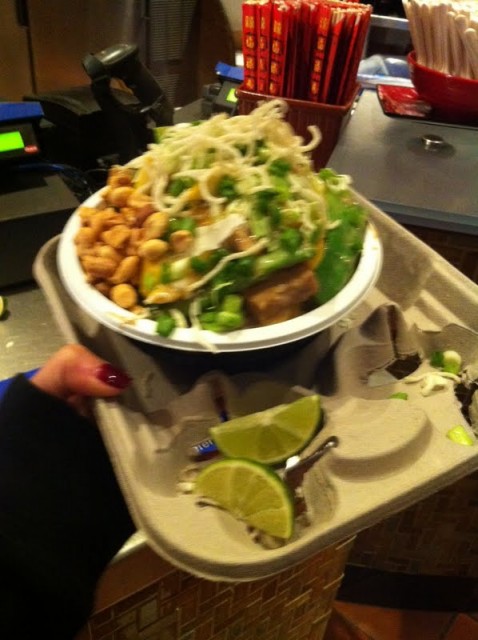 After the initial awe wore off, we decided to get some food! When you think ballpark food, you think hot dogs, right? Beer? French fries drizzled with fat? They had all of that stuff, of course, but I managed to order something a bit more up my alley: a brown rice bowl with veggies and tofu. I don’t know if all places have those options, but something tells me that it’s a quintessentially San Franciscan thing. Yum.

Score 1 for Scott for amazing surprise dates! As he mentioned, I couldn’t have lived in San Francisco and not gone to a Giants game. Now, I’m officially a real member of the community. Next up for surprise dates: I have something up my sleeve for a fun weekend getaway to ring in October. You’ll have to wait and see!

Note: Sorry for the incredibly poor image quality. Not being prepared with my handy camera, I was taking all pictures with my iPhone while on the move.

San Diego dining with a view