After a magical evening at Dromoland Castle, we were en route to County Kerry where we would be based for the remainder of our time in Ireland. I had heard incredible things about Adare Manor and put it on our itinerary for the day as a stop on our way south.

The town of Adare is utterly charming (the recipient of a tidy town award), and the manor itself is worth a visit to take in the sheer beauty of the facade. Unlike the traditional castles we’d seen, this is a manor home but is vaguely reminiscent of Alice in Wonderland. The hedges in front of the manor, plus the series of brightly colored flowers just add to the overall beauty of the space. We were incredibly lucky: the sun was shining for us, and the entire space was truly illuminated and transformed in the sunlight. We had originally planned on stopping for breakfast at the manor but instead opted for a quick brunch in the town of Adare at quaint Main Street haunt, The Good Room Cafe. After coffee and a light bite, we said goodbye to the tiny town so we could head south to the Dingle Peninsula. 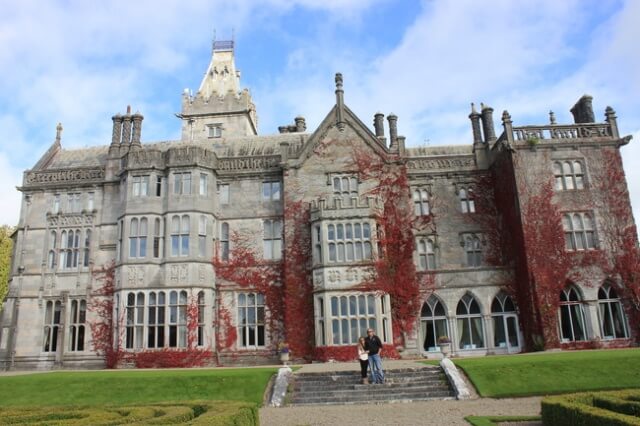 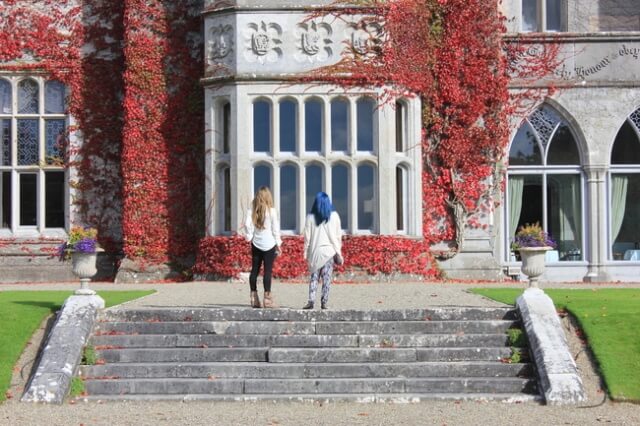 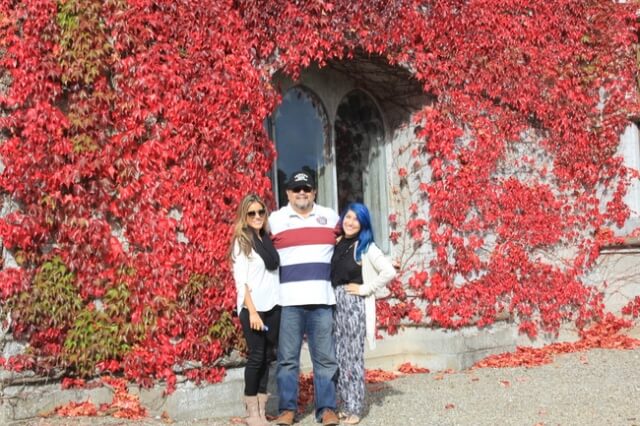 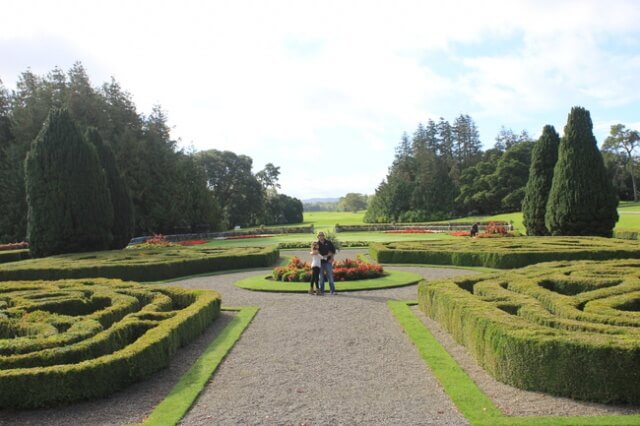 Keep reading for a recap + photos from Dingle and the Conor Pass! 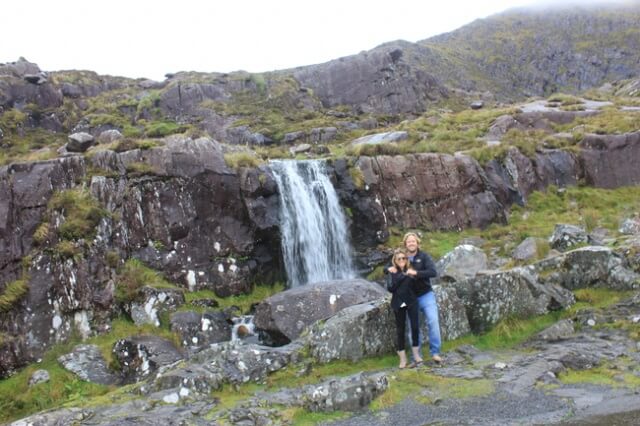 The drive was peaceful and the landscape was so vividly green during our journey that we couldn’t help but be enchanted. We passed field after field dotted with sheep; little white cotton balls meandering along the green, spray painted with large dots of blue or pink.

Finally, we passed Tralee and were entering the Dingle Peninsula. We had no real agenda other than exploring any towns that seemed interesting and taking the landscape along the way. We followed signs for the Conor Pass, which offered some of the most incredible vistas imaginable. The slight haze just added a mystical layer to the entire landscape. 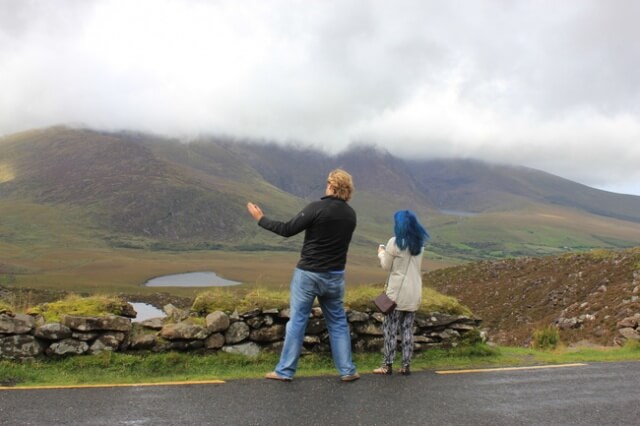 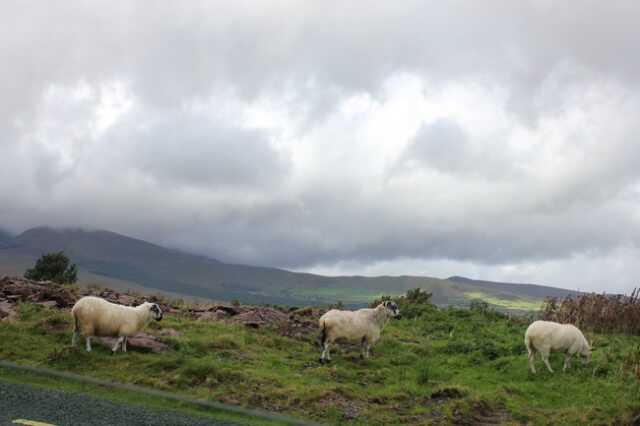 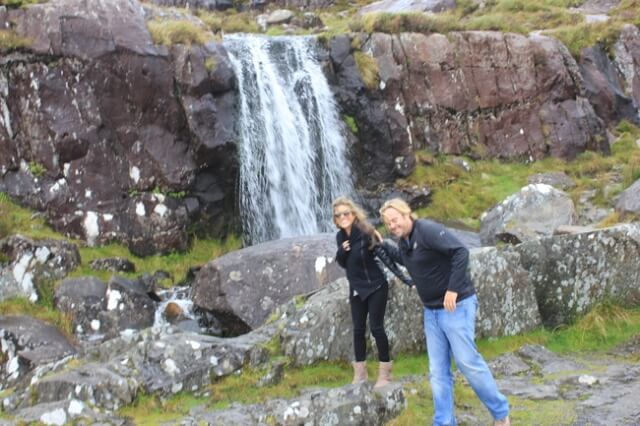 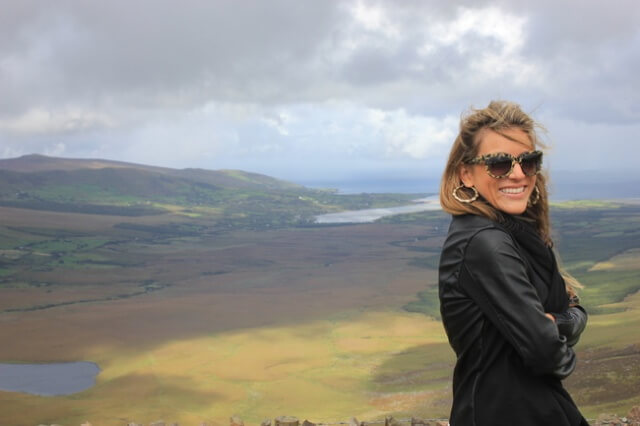 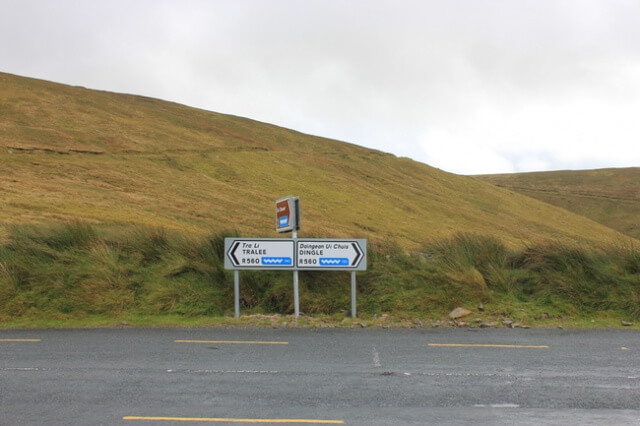 NatGeo and other publications have recognized the Dingle Peninsula as one of the most photogenic sites in the world and one of the must-see drives during your lifetime, and I can see why. The landscape is dramatic and diverse; white water crashing against cliffs, swathes of beautiful tan sand against emerald cliffs, waterfalls sprouting out of craggy rock faces, and stretches of green fields so lime-colored that they seem painted. This was our first brush with one of Ireland’s scenic drives and we were mesmerized by the beauty along the Wild Atlantic Way. Along the drive, there are pull outs for visitors to stop and drink in the vistas. Give yourself enough time to do this properly; there are so many beautiful views that are worth taking in along the way.

Our final stop was in Dingle Town, the de facto capital of the peninsula, where we shopped and dined. Street after street housed brightly colored shops (from souvenir shops to cool artisanal spots), restaurants, and bars. So. Many. Bars. For a relatively tiny town, we were stunned by the number of quaint drinking establishments, and only wished that we had carved out more time for the Dingle Peninsula in general.

We intended to be in the town of Kenmare between 6 and 7PM and calculated that we had roughly enough time for a great seafood lunch in town before we would need to begin making our way east. We dined at The Boatyard, a seafood restaurant doling out loads of fresh fish and locally-crafted brews and ciders for visitors. Fueled by fish & chips and chowder, we made our way out of Dingle and east to Kenmare, our home for the remainder of the week. 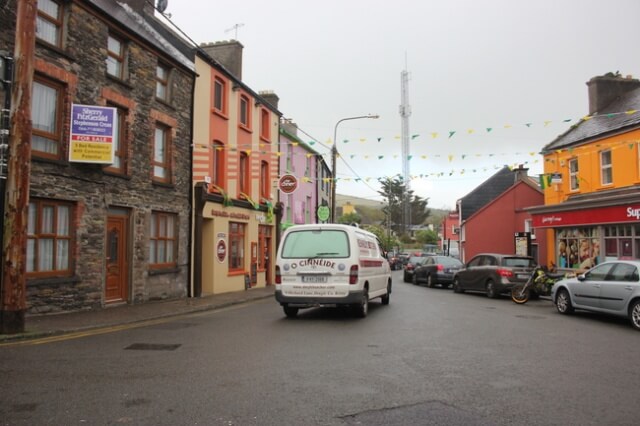 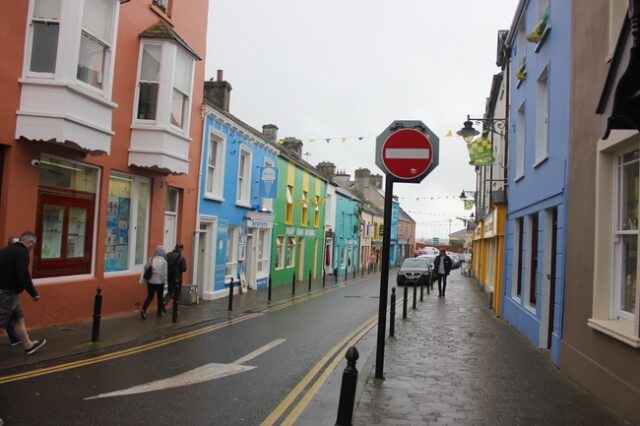 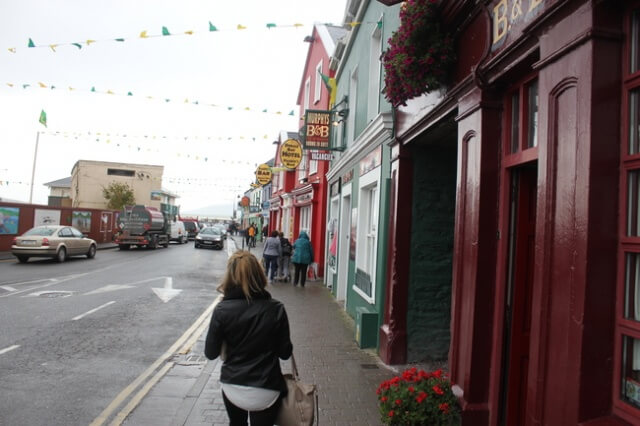 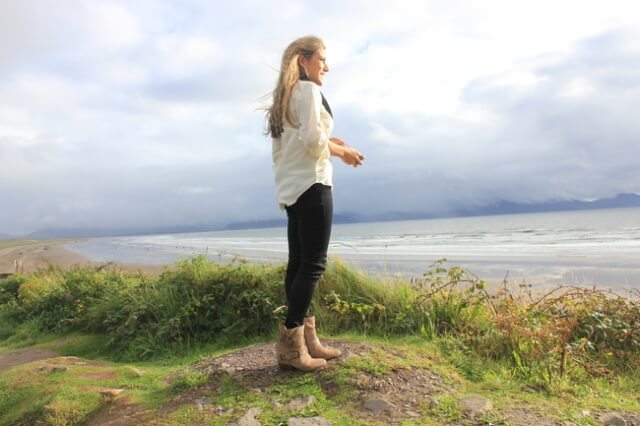 For anyone heading to the Dingle Peninsula, my advice would be this: spend at least a night there. We saw a number of quaint B&Bs which likely offer competitive rates, plus there are bound to be more luxurious accommodations for anyone looking for something a bit more high-end. With the time we had and the sites we wanted to see, we simply didn’t carve out the time for a night in Dingle but it would be a worthwhile stop for an evening or more. There are loads of fabulous shops and pubs, plus there’s the famously stunning Slea Head drive, which we missed. Additionally, there’s a distillery in Dingle turning out locally made gin and vodka, which I would have like to see – and taste! – as well. If someone in your party is driving (as was the case with ours), Ireland has an incredibly strict drinking and driving policy (as they should!), which means if you want everyone in your group to be able to enjoy the full pub experience during an evening, you should plan on spending the night so no one has to worry about driving.

Also, don’t be fooled by the seemingly short distances. We factored in time to explore during our planning process and even that wasn’t enough of a buffer to see what there is on offer. Sure, you could drive the peninsula in a few hours if you were driving from Point A to Point B without stopping, but the entire point is to stop and take it all in. The roads are on the narrower side so plan on going 40 – 50 kph for many scenic stretches. It’s worthwhile to think about the key things you’ll want to do when on this drive. Are there towns you want to see along the way? Specific routes you want to take (e.g. Slea Head Drive and/or Conor Pass)? Prioritize those things. If you come to a point where you need to cut something out or sub something in, you’ll want to have an idea of what’s most important to you and your group.

Even with our time in Dingle cut a bit short, we found the peninsula to be an incredible introduction to the scenery of Ireland. Even if you only have time for a day of touring the area like we did, it’s highly recommended!

Have you spent time in Dingle? What’s your recommendation for how much time to spend there and must-sees along the way?