When we had originally booked our trip to Rio, we hotly debated where to stay, and the artsy Santa Teresa neighborhood made the list. The Relais & Chateaux property there looked enticing on its own and the views and boho feel were altogether different from what we sensed in other popular areas in Rio (e.g. Copacabana, Leblon, etc.).

We ultimately decided on a beachfront property but we vowed to trek to Santa Teresa to scope out the area. 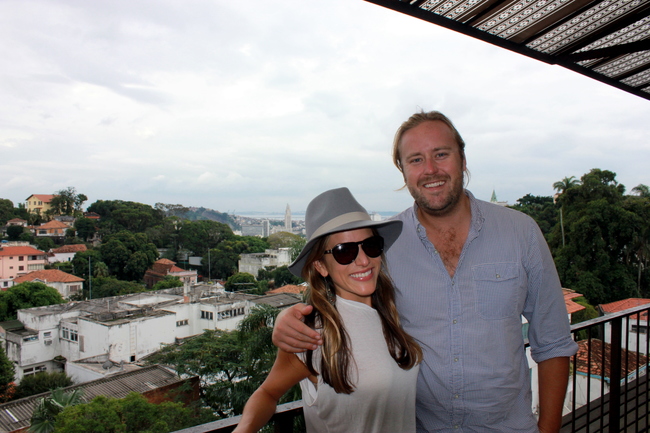 The cab ride took us up, up, up into a colorful part of Rio. Construction was being done at the time and while the area itself looked like it held a great deal of promise in terms of personality and vibe, it was actually rather dead when we were there. Construction workers were hard at work, and there were just a few other visitors roaming the streets. We were dropped off in what we were told was the heart of Santa Teresa, a main street that was bold with eclectic shops lining the way. I’ll be honest: from what I’d heard and read, I expected more. Not necessarily ‘more’ in terms of the overall experience, but I expected there to be a larger number of shops; more to do generally.

Still, for an afternoon we had it dialed. We started at Santa Teresa Hotel, in part just to take in the pretty views, but also partially to scope it out for future trips to Rio. Would we regret not having stayed here for a couple of nights? Would we want to stay here in the future instead of the typical Copacabana scene? 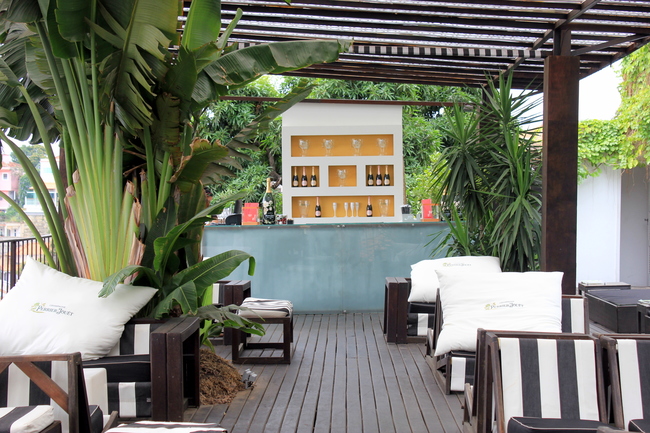 The hotel offered great views and a fun caipirinha list that fueled the start of our afternoon (the spicy passionfruit was perfection). The setting was nice overall, though I was slightly surprised that it fell under the Relais & Chateaux umbrella considering the off-beat location and the slightly outdated feel of the space. We were happy to have explored and ultimately left feeling more confident in our decision to stay in Copacabana and take a trip to Santa Teresa vs. using Santa Teresa as a home base. While it’s not restrictively far, the location still felt a bit isolated (this may feel different during Rio’s high season). 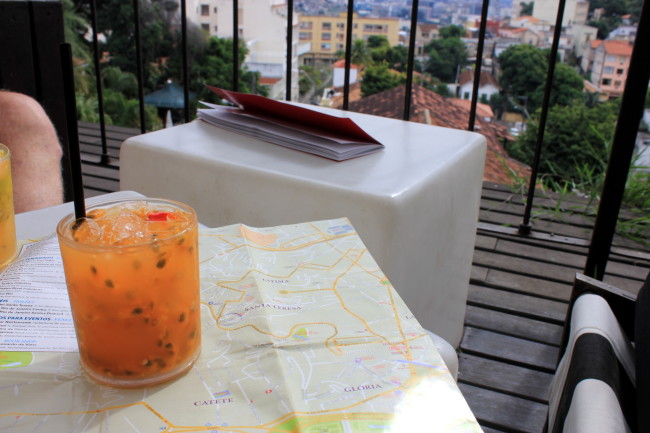 After our daily dose of cachaca, we made our way to Espirito Santa, a restaurant that boasts Amazonian cuisine. We were in for a late lunch and this couldn’t have been a better fit. Its elevated location gives diners an awesome view which would be less brilliant after dark. Plus, sitting amongst the trees, we were visited by a collection of monkeys who made their way to the deck to scope out fallen morsels. I’m sure this is moderately annoying for the wait staff, but for visitors it just adds to the charm. The food was spot on, and was exactly what I was hoping for in terms of offering something local and authentic. Being a pescetarian, traditional Brazilian BBQ doesn’t work for me (meat upon meat upon meat), so having a dose of Amazonian specialties gave us the opportunity to nosh on Brazilian bites in a healthy – and unique – way. 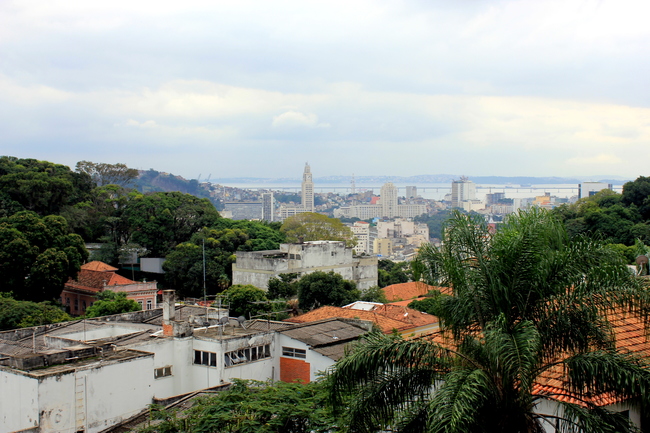 All in all, a great addition to our time in Rio, and definitely an area worth checking out for an afternoon. While it wouldn’t be my top choice for an area to base myself for exploring the city, it provides an alternative view to the traditional beach scenes of Rio de Janeiro.

Have you been to Santa Teresa? What did you think? Worth staying in for a night or two?