We woke up to serious sunshine peeking through our window in Amsterdam; an incentive to be up at 7:30 to get the day started in proper Dutch fashion. We hit up Le Pot au Feu for breakfast on Damrak before heading out for the day. Though we came into Amsterdam with few plans, we decided to try a Hop On Hop Off Canal Bus for €22 euros per person.

The Canal Bus is a cool way to get around the city and works just like a Hop On Hop Off Bus would traditionally work except you’re transported by boat through Amsterdam’s iconic canals. Stops include places like Anne Frank’s House, the Van Gogh Museum, City Hall, etc. You’ll get an audio guide to help narrate your journey with a bit of history layered into the journey.

We jumped on the bus at Centraal Station and ended up taking it down to Dappermarkt for a taste of local street markets. Sadly, we discovered that the day after Easter (‘Easter Monday’) is as much of a holiday as Easter itself. Most stops were closed, none of the markets were functioning and even the majority of eateries weren’t serving. We ended up grabbing a quick bite at Amstel Haven, an awesome eatery on the water. 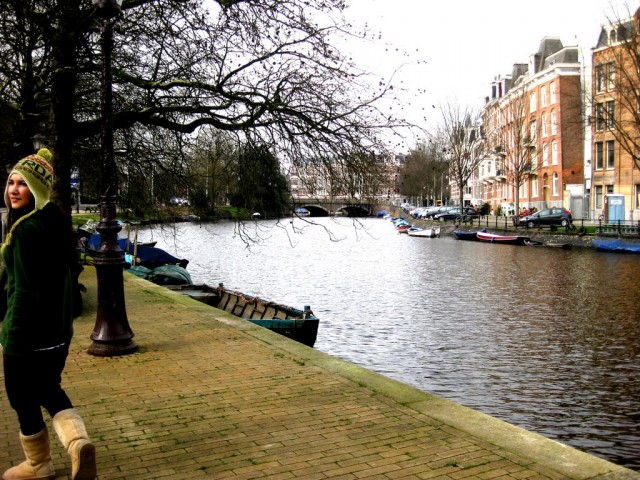 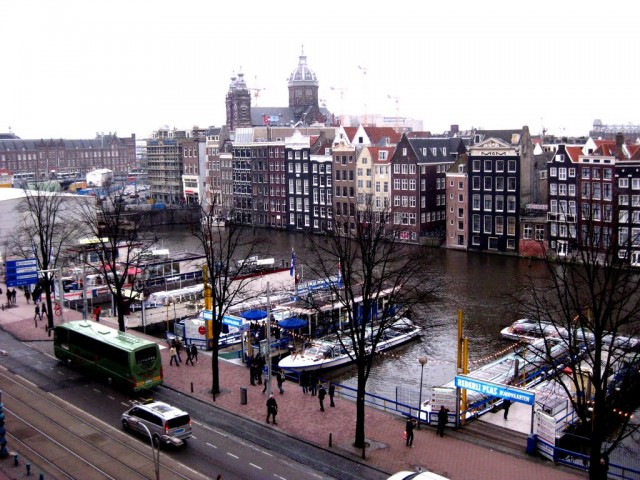 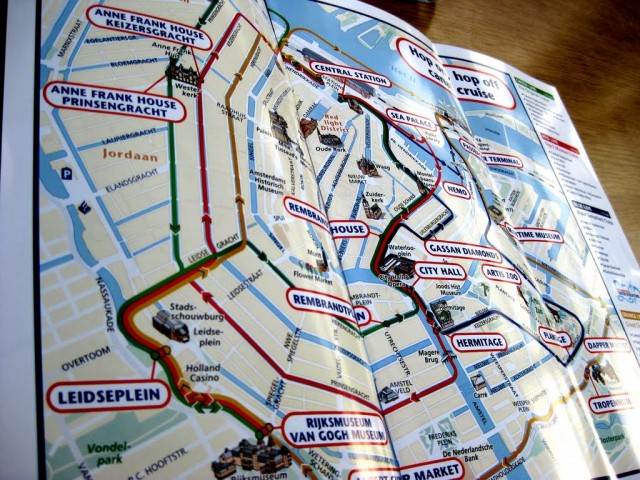 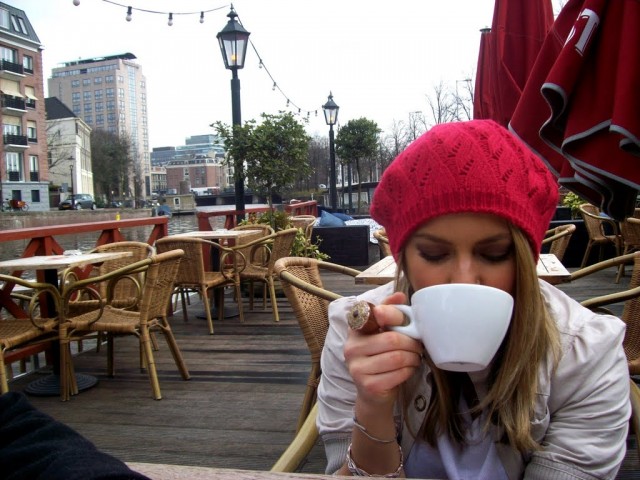 After we came to grips with the fact that our market-focused day wasn’t going to pan out, we decided to explore on foot for a while. We passed by a couple of coffee shops around the city that Tiffany wanted to check out and ended up spending the majority of our afternoon and early evening exploring the cute Rembrandtplein area. The area is filled with cute shops and restaurants and we explored local stores, international chains and smart shops. We also passed by Manneken Pis, a little shop that serves ‘Holland’s #1 Fries’ with a heavy dose of mayonnaise being the condiment of choice! Apparently my sister agrees with the spot’s accolades. She had five servings of Manneken Pis’ famous fries in two days. We’re hoping she doesn’t have a heart attack before making it back to San Francisco International. 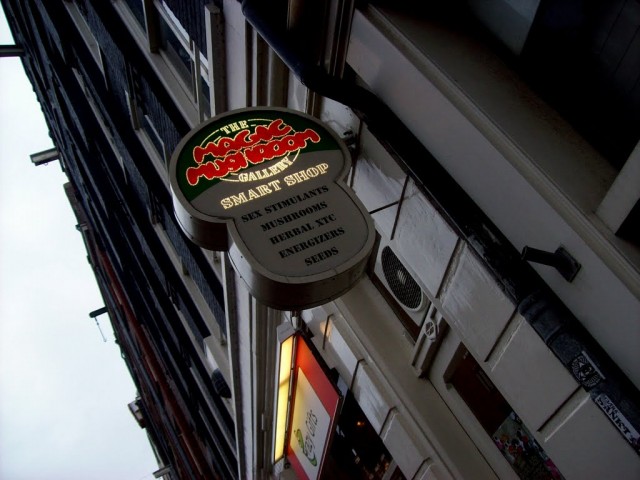 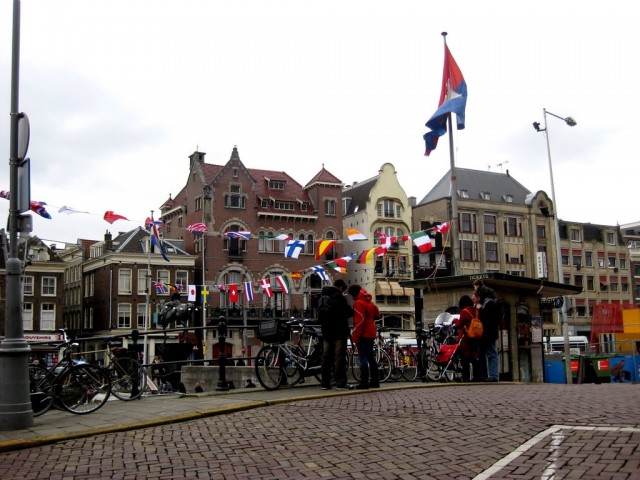 As evening approached, Tiffany wanted to check out the infamous Red Light District. En route, we passed by the Royal Palace across from the National Monument, where young musicians play in the square. We had to linger for a bit to listen to one singer’s incredible rendition of MGMT’s ‘Kids’. I waited after to talk to James O’Reilly, the singer, and he mentioned that he’s a Dubliner that travels and plays throughout Europe. I’m crossing my fingers that he will be coming to London some time soon – he’s seriously amazing! Check out these short videos we caught:

Finally, we made it to the Red Light District which was actually just down the way from our hotel. I’m not 100% sure what I was expecting from it, but it was definitely a little more real that I had imagined. The area literally glowed red with lights surrounding the area while women stood in windows on the main streets and alleyways trying to attract customers. A unique experience to say the least, but the day’s highlights were definitely the natural beauty of Amsterdam as a city. There’s such a broad global acceptance of Amsterdam as a liberal party town, which completely disregards the fact that it’s a stunning city with gorgeous architecture and a heap of cultural endeavors. The canal cruise was a fun way to pop around the city during our brief time there, but getting around by bike would be a great way to sightsee as well!

Have you been to Amsterdam? How would you recommend seeing the city’s highlights?

xoxo from the Netherlands,

Journey from Amsterdam to London

Family Getaway: Day One in Amsterdam

Thalys Journey: Notes from the Train