Sorting through honeymoon photos, I finally gained enough motivation to look through pre-wedding and wedding photos that I had built up on my camera. I had pictures dating back to my sister’s birthday in late June with some of the greatest pictures of my grandmother.

You’ll remember my frequent posts in June with my grandmother being a large focus (e.g. here, here and here). I was dead set on making sure I captured those memories as they happened — to see her lounging on the beach, sipping rum punch and swimming in the ocean as an octogenarian was an incredible experience (for her and for us). We had her with us for just slightly over a month, during which time she was perhaps the happiest and healthiest I’ve ever seen her. We’re already planning her return trip to the island, but I wanted to share a few more pictures and a video that made me smile.

When my grandma arrived in Anguilla, I had accepted the fact that she wouldn’t see Little Bay or Scilly Cay. Getting on and off of the boat can be a bit treacherous at times and none of us really felt like risking it with an almost-88-year-old on board. She surprised us though (as she had many times throughout her stay) and was up for the ride. Scott’s brother and a family friend helped her on and off the boat by creating a chair and carrying her from Point A to Point B… if this is what it’s like to be almost 90, I’m looking forward to it!

Getting on the boat from the beach: 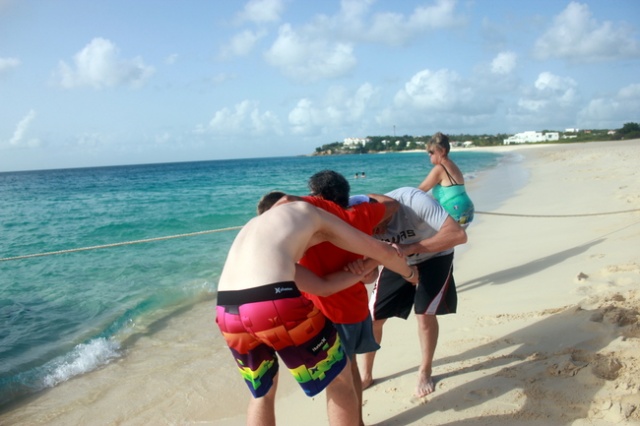 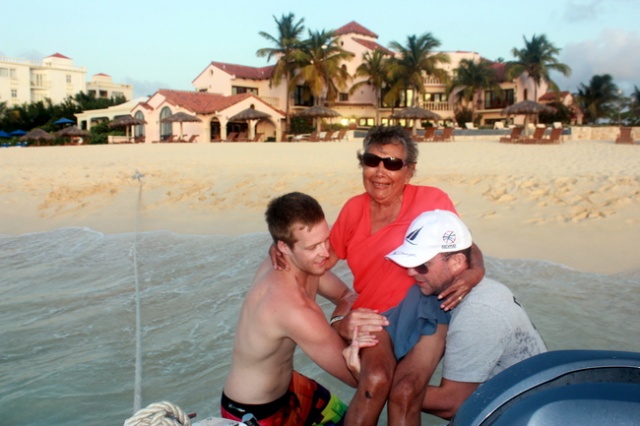 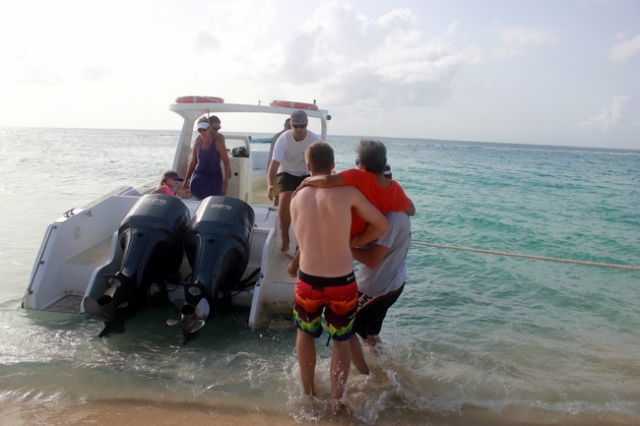 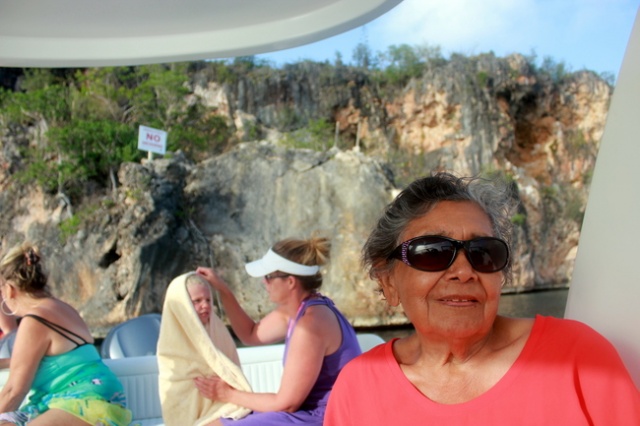 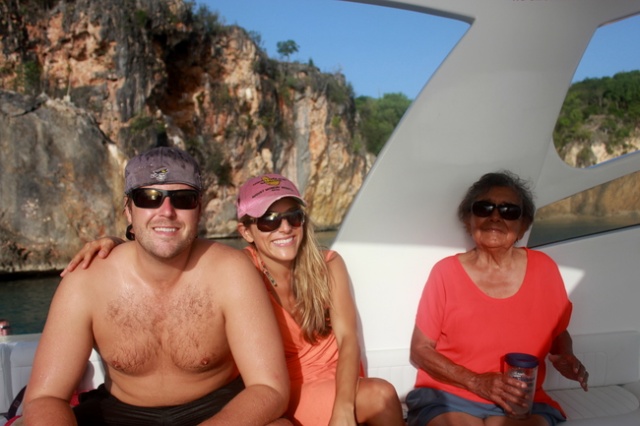 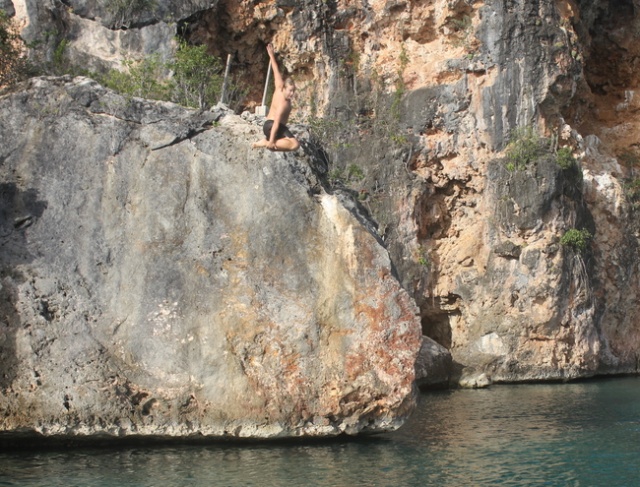 Disembarking was equally fun to watch: 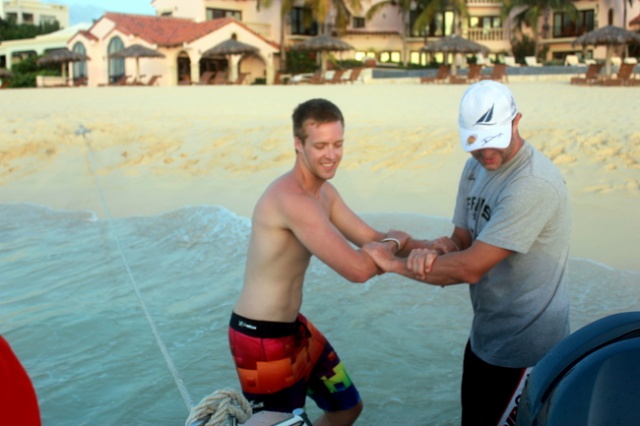 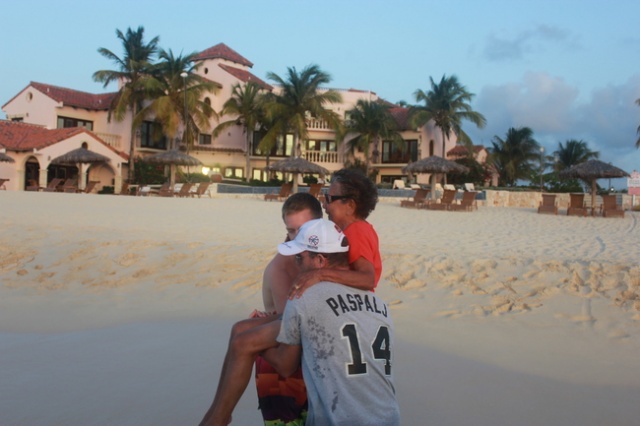 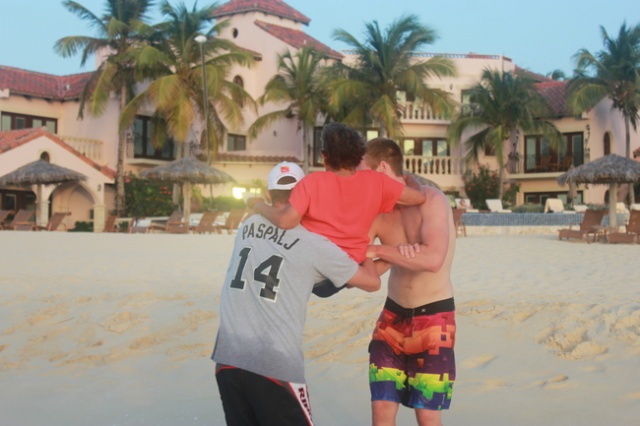 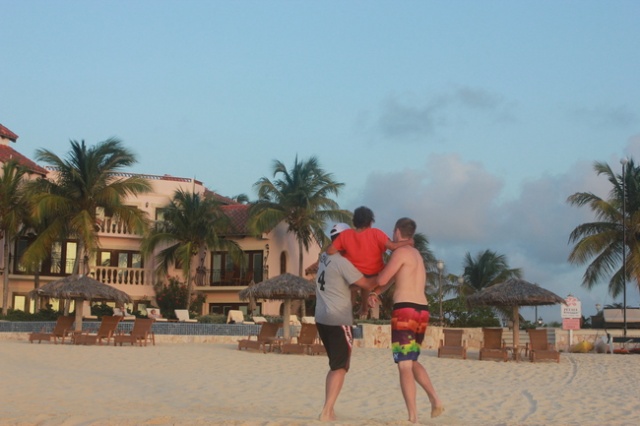 This is from an entirely different point in the trip, but check out this great video of us dancing with nana at Scilly Cay! I’ve never seen her dance before her time in Anguilla (she danced with one of Scott’s fraternity brothers and then again at Scilly Cay). How cute is this?

Anguilla: Holidays as an expat

Wedding in Anguilla: Making it official