A Final Day in Nairobi

Normally a night at Nairobi’s Sarova Stanley Hotel, a stunning five-star resort in the city center, would leave me swooning. However, we weren’t planning on another day in Nairobi, and while it ended up being a wonderful hotel experience, our flight experience was quite the opposite.

Picture this: we’re leaving Mombasa a day before the rest of Scott’s family. We had our last meal at Monsoon in Mtwapa, where we said our tearful goodbyes and hopped in a cab to the airport. An early flight was available on Fly540 to Nairobi so we took them up on it. Perhaps there’d be free wifi in Nairobi’s airport! We were off to a great start.

Then we arrived in Nairobi.

We had over five hours in the airport and we quickly discovered that our fantasy about the airport having wifi (and us being able to get some work done) was just that – a fantasy. Honestly, I wasn’t feeling great. My head was hurting, coffee wasn’t helping, and the smoking lounge that was near us was making it worse. Needless to say, I was ready to get off the ground and make our way to London, where we had our Saturday mapped out. We headed to the departures lounge and waited until 12:40AM when our flight was scheduled to take off. It was about ten minutes prior to that at which a ground crew member came out to inform us that there may be a slight mechanical issue, but that he would report back.

Then the captain came out, again informing us that there was an issue with gauges on the plane. While there were two of these gauges, both seemed to be having issues. The mechanics were hard at work trying to remedy the problem as safety is naturally the number one concern. I get that. We waited, still optimistic as it didn’t seem like a massive issue.

The pilot came back out about thirty minutes later to explain that they were still at work and the parts needed to be repaired as the nearest replacement parts were in London. No other useable parts were in Nairobi, and apparently not in East Africa either. We waited, optimism slowly fading from the crowd of people.

When the pilot came back the next time, around 2AM to explain they were still working, we had more or less accepted our fate. Still, they brought food and water in from the plane to help keep people sane.

Now, let me pause here to explain something. I think we’ve flown enough to understand that mechanical and weather-related issues happen. They’re not fun for anyone, but I don’t think they’re within the airlines’ control and I do believe that the airline does what they can when possible. After all, they want to get the plane off the ground, too. I grumble over delays and mechanical problems, but I accept that it’s a part of flying. What I do think is within the control of the ground crew and airline: the service element.

This back and forth with the pilot and ground crew continued every thirty or forty minutes. By 2:30AM, people were ready to get to a hotel in Nairobi, get a bit of sleep and try their luck the next day (or with an alternate airline). The crew insisted that they would continue working though, which didn’t allow us to leave the airport and move to a hotel since we were already checked into the flight. We were trapped in this little departures space with zero food, water or wi-fi access (which I realize isn’t quite equivalent to food & water, but there were four British Airlines networks available and no one seemed to know the password to help us keep ourselves entertained).

It wasn’t until a little after 5AM that they finally cancelled the flight as the crew was no longer legally allowed to fly. We listened as they gave us instructions on how to proceed. Everyone fought their way to get out of the departures area, get their bags and get on their way. There was one girl helping all the passengers get on a list for a hotel (as you can imagine, this took a while), and instead of arranging buses to the hotels, one man was calling individual cabs to transfer four people at a time to their respective homes for the night. Pure and utter chaos. By the time we checked into our hotel and actually got to bed it was 7:30AM.

Lest this all be less-than-positive, below are some snapshots from the beautiful Sarova Stanley in Nairobi — they took great care of us! 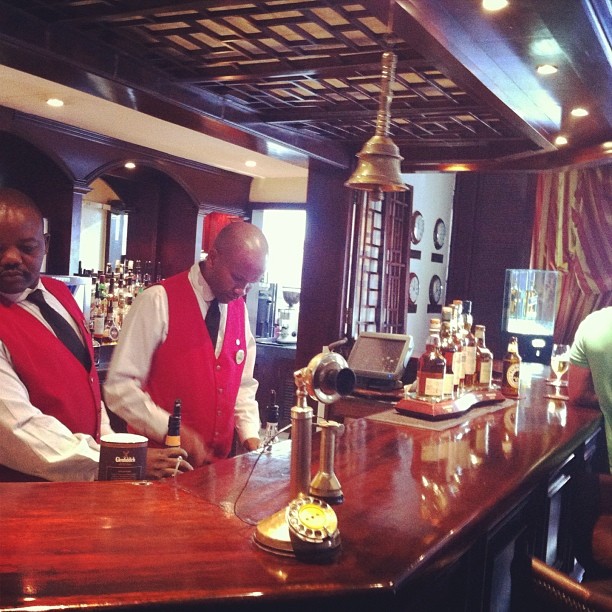 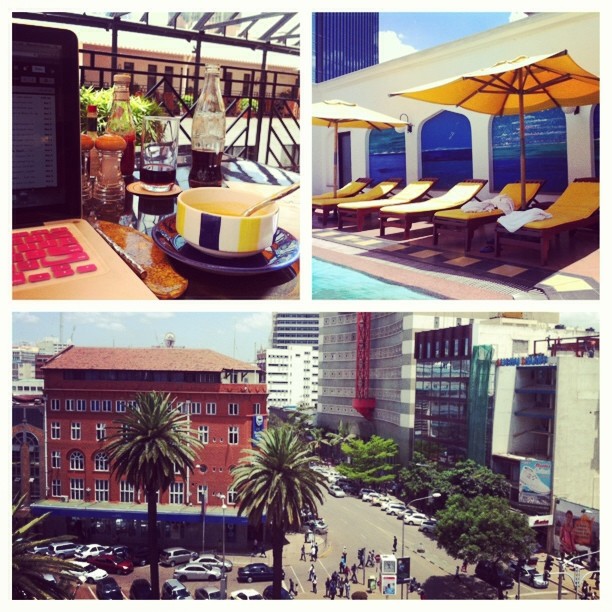 Now here’s the kicker: during this fiasco (immediately after the flight was cancelled), I decided to call American Airlines (with whom we booked the flight) to get us rebooked on alternate flights the next day. As far as their system was concerned, our flight was on time and landing as scheduled. They couldn’t help until the flight was officially cancelled and they suggested that I speak with British Airways since I was flying with them. Ugh. I called BA in the morning – desk closed. I called AA again at around 11AM and they informed me that my flight appeared to be on time. Hmm… well, if it were on time, we would have landed in London. We were still in Nairobi so clearly this was not the case. Still, she couldn’t help me because the system showed otherwise. When we looked online, the AA app showed we had landed in London on time. Curious, no?

I called AA again four hours later, defeated. Who am I supposed to talk to?! BA pushes me off to American, and American pawns it off on BA. Meanwhile, I’m paying upwards of $10 per minute to talk to a human that can help us. The flight was never officially canceled (something I still find very, very suspicious) and no one could help us. Finally, one very understanding and empathetic customer service rep helped us rebook our flights after profuse explaining on my part. We retained our layover in London, though most of our plans were no longer relevant as Sunday is a far different day from Saturday when it comes to city happenings. Still, we were relieved to finally be on our way.

We left that night from Nairobi an hour late but still made it to London to continue our onward journey. Naturally, we were utterly put off by the entire experience, the worst flight experience either of us has ever encountered.  After letting the initial anger subside, I finally wrote a letter to AA earlier this week. I’m patiently awaiting the response. Oh, the joys of flying.

Stay tuned to hear about our day in London! It wasn’t quite the day we had originally planned but it was spectacular nonetheless.