Exploring Africa: What not to miss on safari

Those who have witnessed the beauty of an African sunset without worrying about what time it was will know the continent sufficiently to understand its beguiling complexity. In the patchwork of cultures and languages that spans across the African continent, an endless account of equally breathtaking activities are set to impress the curious traveler. For those new to the immensity of Africa, the buzz of the metropolis might be as intriguing as the peace of its paradisiac beaches. Nevertheless, there is one attraction that is hardly ever contested as the number one activity to experience in one’s lifetime: a safari.

Losing yourself in total wilderness and witnessing the natural cycle of the African ecosystems attracts intrepid and demanding travelers alike, eager to witness Africa’s natural beauty unraveling before their eyes. The strength and power of the most exotic species as featured in travel magazines come alive when traveling on safari. Native big-game hunters coined the term “Big Five” to refer to the five most difficult animals in Africa to hunt on foot. The lion, African elephant, Cape buffalo, leopard and rhinoceros make up the Big Five; arguably the most regal of all species in the continent.

The Big Five, in a nutshell, are what you would not want to miss on a safari at any cost. They can be spotted in a number of countries in the African continent, yet arguably a Safari in Tanzania is bound to be the very best choice when it comes to planning a safari trip. Putting oneself in the hands of a specialised travel agent with extensive experience in the field is in any case advisable. Among other reasons, it will grant you access to areas of outstanding beauty, such as the Ngorongoro Crater, in the northernmost areas of Tanzania; and will guarantee that you don’t miss the truly amazing Great Migration in the Serengeti, a wildebeest migration that precisely begins at Ngorongoro.

Seeing the great herds crossing the Mara River in Northern Tanzania has been described by a number of travel writers as an experience of a lifetime: countless African buffaloes on a histrionic stampede towards their yearly destination.

The king of the savannah 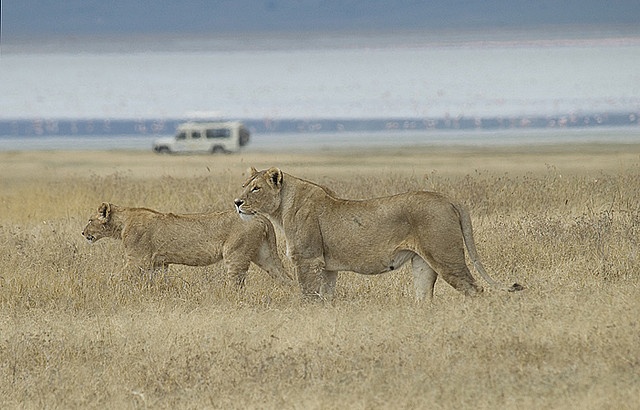 The undisputed king of the savannah, the lion, and its female counterparts, the lionesses, are an endangered species. Lions are particularly difficult to spot, as they sleep mainly during the day, being primarily nocturnal in nature. For this reason, again, careful planning is essential – it is highly unlikely to spot lions if traveling independently, for only locals or specialised travel agents will be familiar with the landscape when it comes to lion-watching.

African elephants can prove equally difficult to spot if one does not know its customs and habits. As the largest living terrestrial animal, standing in its footstep marks on the Tanzanian ground alone can be the most humbling experience of your lifetime. 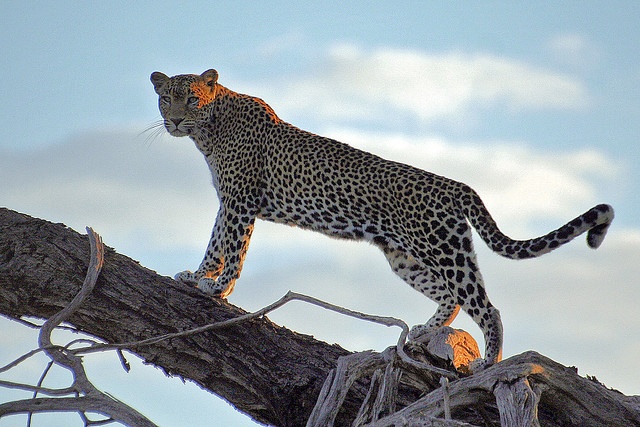 The leopard, the smallest of the big cats, and the endangered rhinoceros outcompete each other in appeal, especially when found in their natural landscape.

In any case, a fairly reasonable travel tip when it comes to safaris, no matter which of the animals is your favourite, would be to eschew independent travel in this instance. In addition to these five species, a safari in Tanzania will also give you the opportunity to see plains game, hippos, crocodiles and an unbelievable amount of birdlife. Tanzania is also home to some of the most grateful and interesting people that you will have the privilege of meeting. Be aware though, the average duration of a safari is three hours; that is, three hours African time. If you were to encounter a lion kill or a peculiar sighting, your vehicle might stop while you observe this unique phenomenon. Do not get impatient: sit back and enjoy your holiday in the idleness of African time.

Patricia Salazar is a writer and illustrator based in London – that is, when she is not travelling! Before she started working for Africa Uncovered, she had been living for years in the African rainforest, and now defines herself as a nomadic storyteller, determined to unravel the essence of the places she visits through her writing. Featured photo courtesy of Stuart Parker © Africa Uncovered. All rights reserved.