‘They want your parents’ number,’ my cousin reiterated to Scott in English.

We looked at each other quizically, far removed from being mandated to call our parents about anything in a long time.

We were sitting at the police station in Antigua, Guatemala, finally beginning to laugh at the thought of how the conversation may go.

‘Mr. and Mrs. Kircher, this is the police department in Guatemala. We have your son here related to an incident in Antigua.’  It was our first morning in Guatemala and this sounded like it could be about the worst thing the police could do (for the record, they didn’t actually have to call his parents). 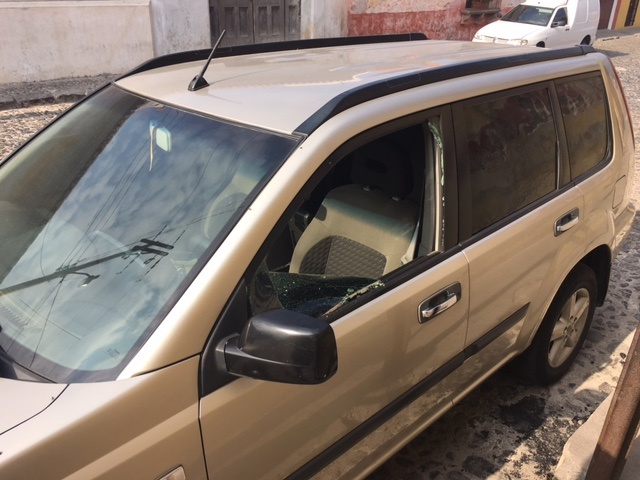 The ‘incident’ was a bashed in driver’s side window that we discovered while going to pay for our daily parking permit in Antigua. We had approached the window early on our first morning, around 8:15AM, to find tempered glass in a fractured sheet with particles on the driver’s seat, on the ground, and on the sidewalk. Scott had parked the car the day before after having driven around Antigua’s cobblestoned streets for a long while trying to find a spot within reasonable walking distance. At the time the space seemed perfect, surrounded by other cars just a couple of blocks from our hotel.

The owner of the nearby home seemed perplexed as to why we would have left our car there overnight. In hindsight, the road was less trafficked and not overly well lit, but it wasn’t even a thought at the time. How were we to know? How would we best handle this now? We knew there would be chance we would need to get the insurance involved, but neither of us had dealt with anything like this before.

We talked to the officers patrolling our corner and they vowed to keep their eyes on the impaired vehicle so no one else would attempt to take a peek inside. Fortunately for us, we had nothing valuable in the car. Not a single thing. We had parked there and completely unloaded into our Antigua hotel for the evening, leaving only our car rental agreement and a city map in the glove compartment, which sat open when we went to inspect the car. No doubt the thieves were disappointed.

My cousin, who joined the family from El Salvador, was in town and assisted us with handling this foreign situation. If need be, we could have figured it out on our own, but the process would have been much more difficult, frustrating, and time-consuming. He was a godsend in this situation and made the process infinitely more manageable.

After our initial moment of frustration, we were beginning to brainstorm the best course of action. It was an inconvenience – a very unexpected one at that – but we weren’t going to let it taint our trip. My parents shared similar sentiments. We would pray for no rain, and figure out the best way to proceed.

I was surprised more than anything. Antigua felt very safe to me from the moment we began exploring and the officers dotting each corner lent to the sense of safety and security in the area. As we would soon find out, the city clearly takes its tourism product very seriously and we had the incident sorted out with a police report in hand in less than 45 minutes.

While walking towards our car, we saw a police officer, with whom my cousin chatted briefly about the incident to explain that we would likely need a police report to be able to provide to our insurance or the rental company. The officer asked where we were parked and fortunately Scott had taken pictures of the cross streets to show them. They called the main police station in town (a few blocks away) and we were told that officers had been dispatched to the scene. 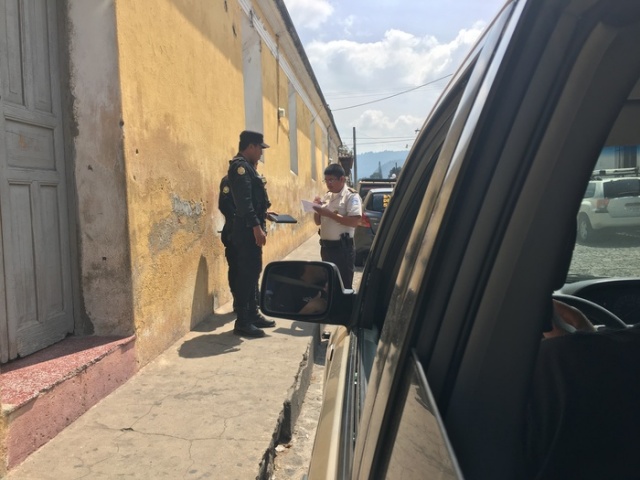 By the time we arrived at our car (this couldn’t have been more than five minutes), there were two officers around our car and a police car pulling up behind us. They were quick! They tried to get an idea of when we had parked our car the day before, when we had found the car, and if anything was missing. The woman living in the house nearby came outside to assist.

Despite the inconvenient situation, we were impressed. They were handling this swiftly and it was apparent that they wanted us to know that this shouldn’t happen in Antigua. If their goal was to ensure that we felt looked after and safe, their mission was achieved. Once we dusted the bulk of the glass out of the car, we hopped in and followed the police officers to the station nearby where a formal police report could be filed for us. 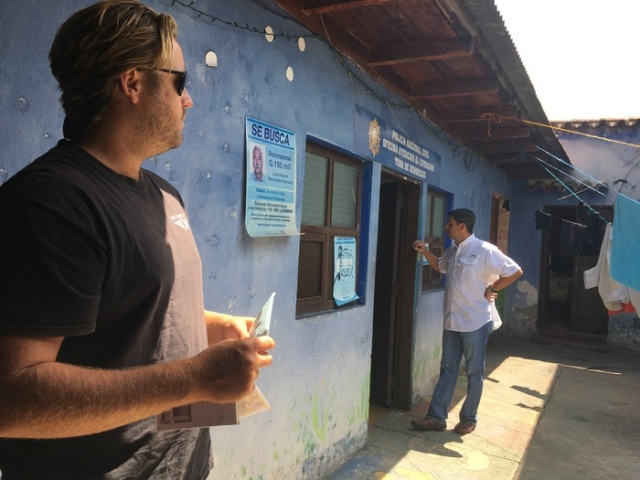 Just a few blocks away, we parked on a cobblestone street lined with police vehicles and entered a nondescript area where the police department was housed. Like the rest of Antigua, the facade didn’t reveal much of what was inside. We walked past colorful laundry strewn overhead into a small building where a female officer assisted us in writing a report.

We recapped the incident, and she asked questions to verify information in the dissertation that she was preparing to pen. We detailed times, where we were parked, which house was nearby, and we shared a driver’s license and contact information. This was about the time she asked for Scott to write down the details of his parents for the record, and at which we looked around nervously hoping that the Antigua Police Department wouldn’t call Scott’s family and frighten them at the beginning of the trip. 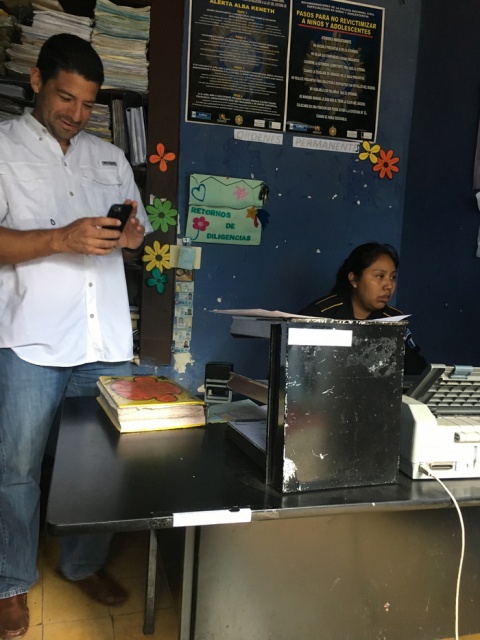 After twenty or so minutes, she was done. Five copies were printed, stamped and signed, and we were given one for our records. All in all, a simple process, and we again found ourselves very impressed by Antigua. You might think we would be put off by this entire situation, but the town recovered from the debacle impressively well. They were faced with a situation that could have turned a group of tourists sour, and instead righted a wrong and made us feel much more at ease with the presence of the police force.

The reality is that crime happens everywhere, and in the big scheme of things this incident was minor. Annoying, but minor. We couldn’t fault Antigua in general for this and we certainly weren’t going to paint Guatemala with a broad, you’re-all-criminals brush stroke. For the most part, people we encountered were kind and extremely helpful. The government has been open about wanting to crack down on crime and the police officers we talked with were wonderful examples of the face the country is aiming to put forth.

As I mentioned in my post about our 24 hours in Antigua, despite a smashed in window and a couple of hours spent trying to handle this inconvenient matter, we left the city wanting more. It’s a place with such charm and character steeped in a tremendous amount of history. With the help of UNESCO, the city has done a great job with maintaining the historic beauty of the town and ensuring that tourism continues to flourish.

For anyone wondering how this story ends, we were able to get a replacement window (tinted!) for about $80 and we all lived happily every after.

Have you dealt with crime while traveling? Share your comments below!

10 Tips for Planning an African Safari