After waking up bright and early today, Alex and I started our morning with breakfast in our hotel’s breakfast nook, looking out over Sultanahmet and facing the Blue Mosque in the distance. 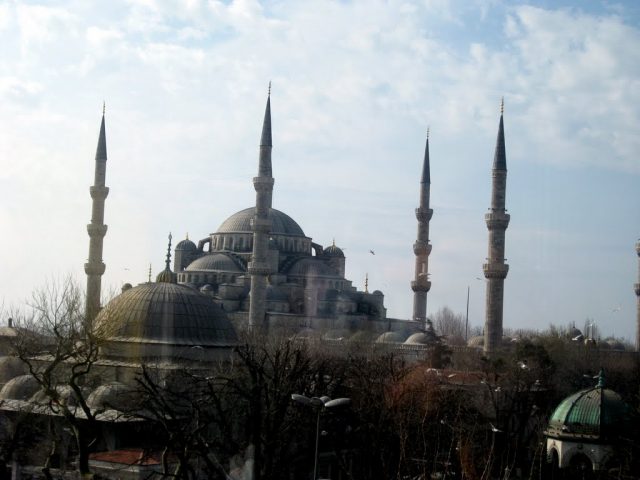 After indulging in the hotel’s Turkish breakfast (olives in the AM, anyone?), we started our day by checking out the Hagia Sofia, and then traveled over to see the Blue Mosque up close. 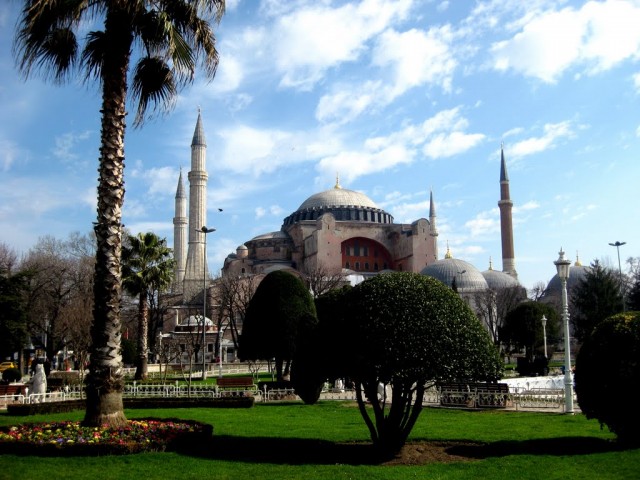 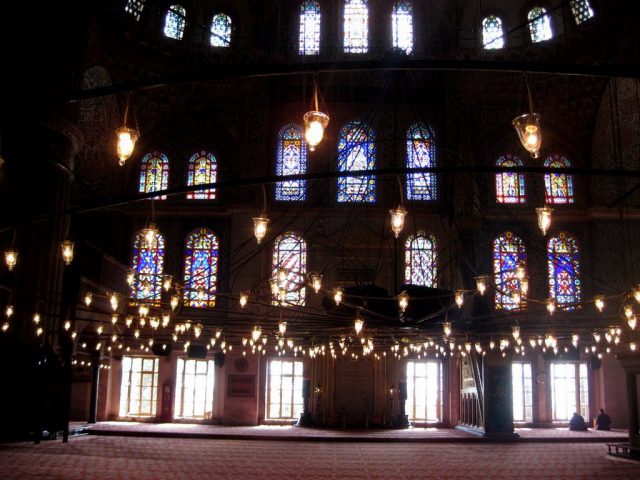 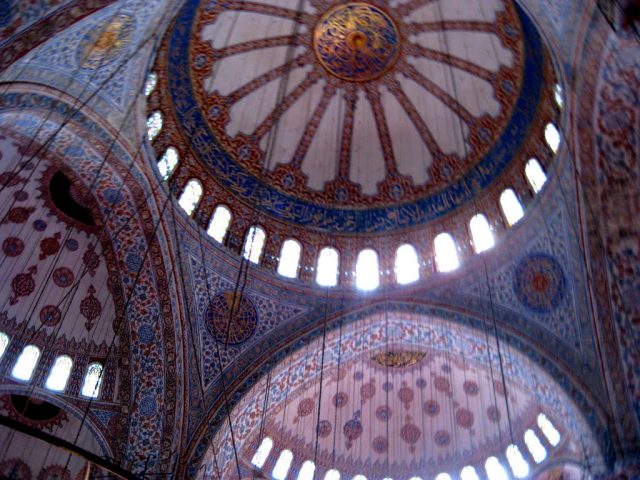 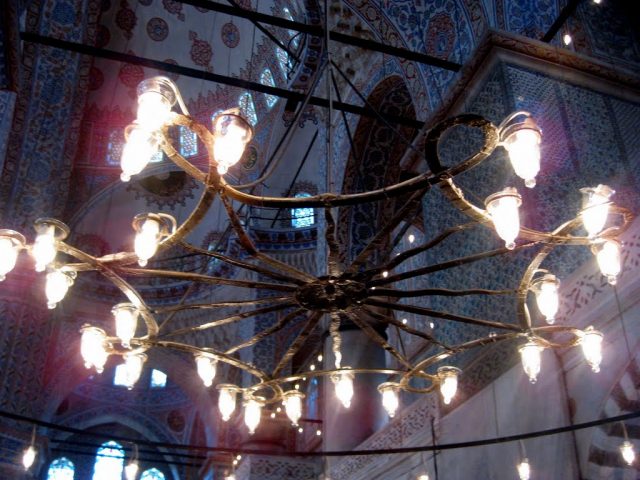 The Hagia Sofia and the Blue Mosque are considered two of the most impressive architectural achievements in Istanbul and though these pictures probably don’t do them justice, they live up to their reputation. We didn’t go in to the Hagia Sofia (we may head in tomorrow), but we did venture into the Blue Mosque to see the inside. After removing our shoes and covering our heads, we headed in to what is considered one of the most holy of places. The outside is remarkable, but the inside definitely competes — there’s something really amazing about being inside of a mosque. Where cathedrals and castles dot Western Europe, mosques are not something that I normally get to see. In fact, this was the first mosque I’d ever been inside. 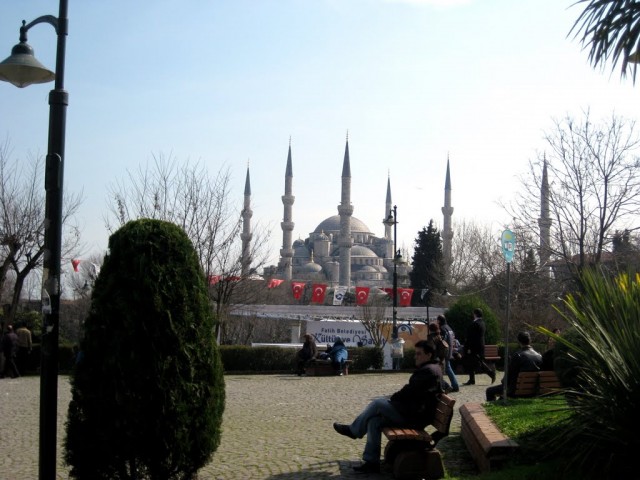 The Blue Mosque is absolutely mesmerizing inside, with the stained glass and lights strewn across the interior. Before entering, visitors are advised to remove their shoes and women are given head coverings to respectfully enter the mosque. This is true with mosques around the city but you’ll see more of a queue to enter the Blue Mosque than with most. Beyond the Grand Bazaar, the Blue Mosque and the Hagia Sofia are some of the more famous iconic sights in the city so a visit, regardless of religion, is worthwhile. 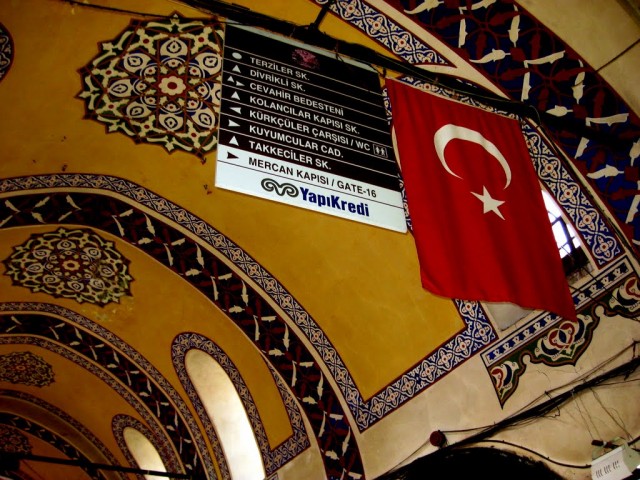 After exploring the Blue Mosque, we made our way down to the Grand Bazaar, something I had been looking forward to for entirely too long. Despite all of the amazing things to see here, the bazaars were on the top of my list. Markets are generally one of my favorite things to experience when traveling, whether its a local food market, a craft fair, or a large scale farmer’s market, I find the local/tourist mix and the unique items a highlight. Unlike the rest of Western Europe, many of the pieces from here are quintessentially Turkish and make for some of the cooler trip gifts. The Grand Bazaar was an incredible sight to take in. Throngs of vendors secure their places selling water pipes, handmade ceramics (gorgeous), candle holders and rugs on every corner. We met a number of interesting people during our journeys and had tea with locals while haggling with vendors. I ended up leaving with a few gifts and began brainstorming a few more items that I wanted to take with me before saying goodbye to Turkey. 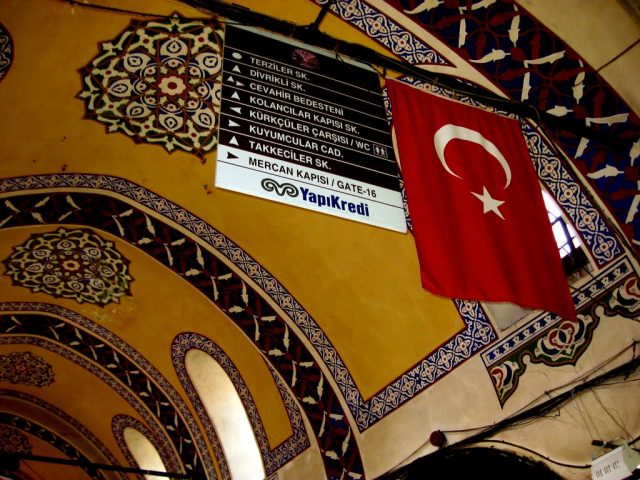 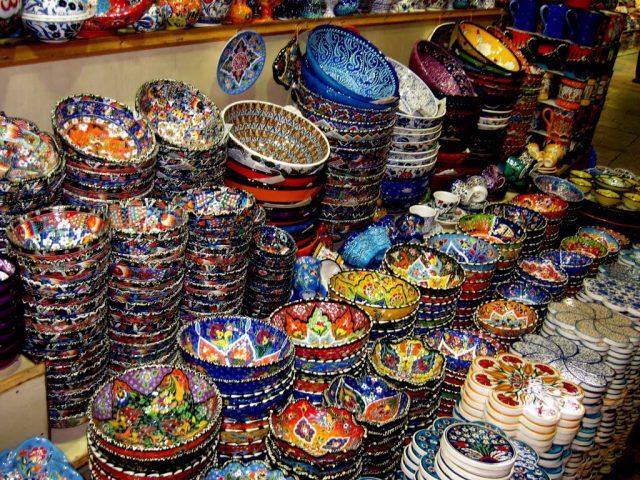 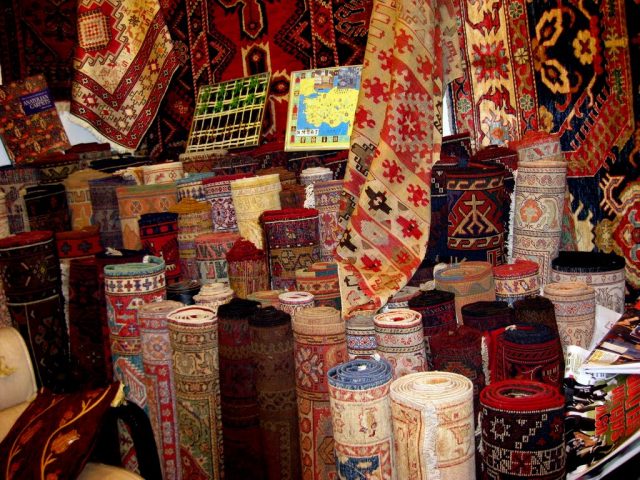 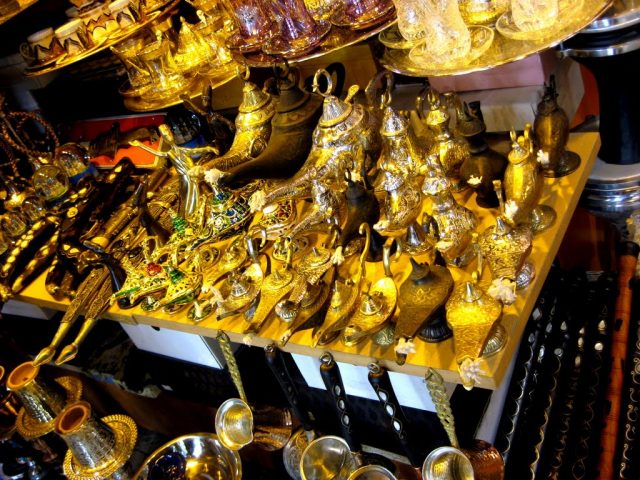 I felt like I fell into a scene from Aladdin: brightly colored ceramics, vibrant illuminated candle holders, intricate rugs, plus teas and candies for visitors looking for something smaller to take away with them. My biggest issue was how to get all of the items home. Many people who come in with serious intent to shop have larger or heavier items packed and shipped back for them, but I was working with limited space in a checked bag so had to choose my gifts wisely.

After spending a few hours perusing the Grand Bazaar, we made a new friend that led us down to the Egyptian Spice Market and to yet another beautiful mosque. There are stunning mosques around every turn and you can hear the call to prayer throughout the city five times per day which really adds to the sense of place. The spice market, notably different than the Grand Bazaar, was a great experience as well. Instead of all of the goods, it’s stall after stall of food. Olives, nuts, Turkish delight and loose leaf tea in container after container. I’m always mesmerized with markets like this because the colors are utterly captivating and the scents are intoxicating. For lack of a better description, it feels exotic; like you’ve entered an entirely new world. 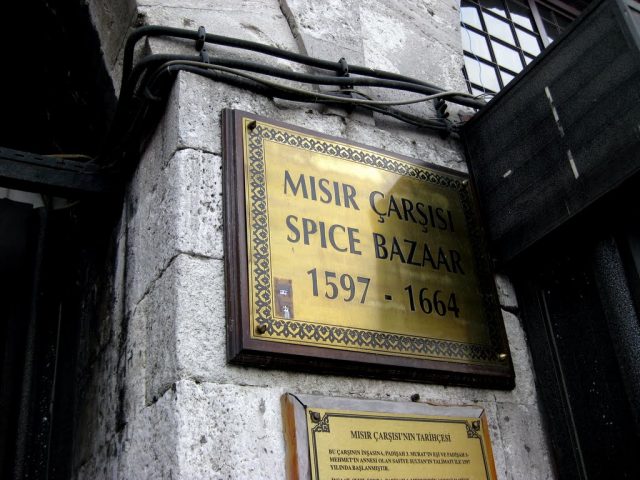 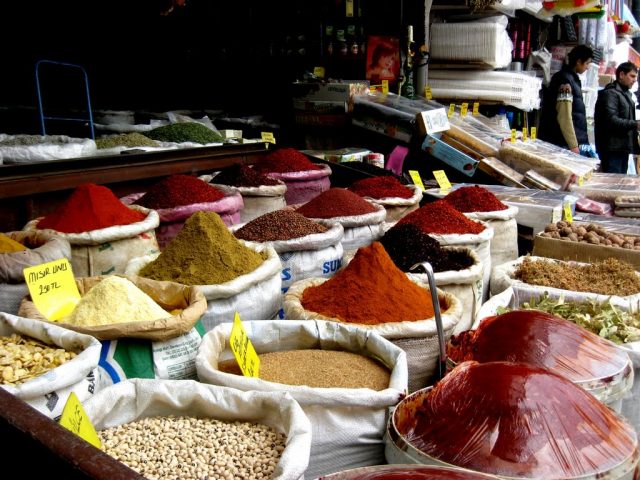 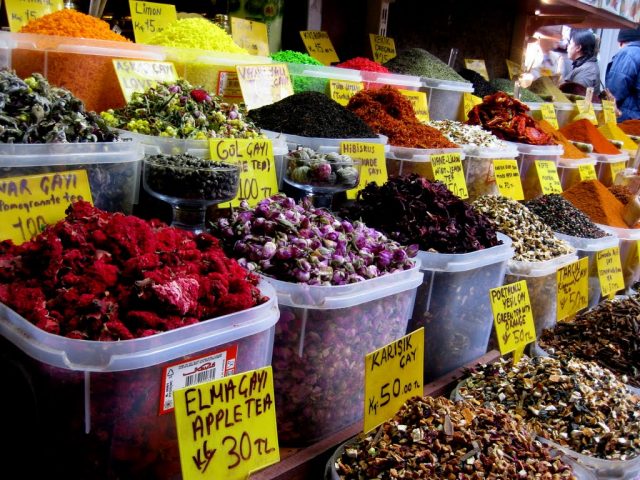 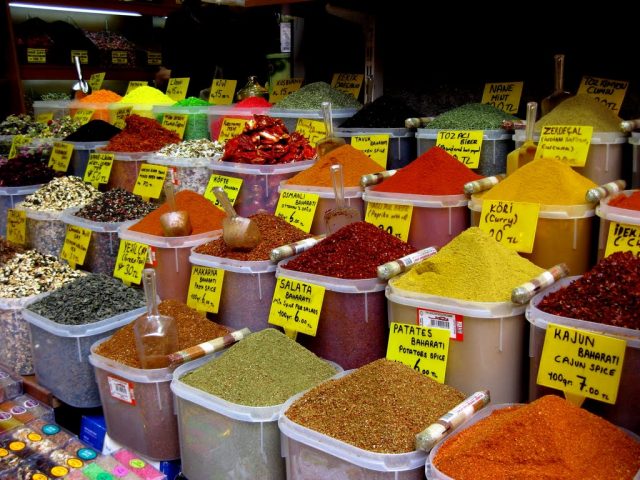 For the record, the apple tea is incredibly delicious. Purchasing some loose-leaf tea and Turkish Delight is on my agenda for tomorrow. The pomegranate-pistachio version candies are standouts! What better way to get through a travel withdrawal than by having a little taste of a special place? Always a fun way to bring back memories.

After a long day of walking around – with many hills! – we ended up back in our hotel room for a power nap before a Turkish dinner and a two-hour hookah experience near our hotel. The evening was so fun and so relaxing, but felt very real. On the agenda for tomorrow: Topkapi Palace, an archaeological museum, back to the Grand Bazaar for some shopping and then off on a ferry ride to the Asian side of Istanbul for a view of the Bosphorus Strait and a tentative dinner on the the city’s Asian side.

Tips for Las Vegas with a Group

A Day in Argentina: Iguazu Falls