The 6th Annual Festival del Mar took place over Easter weekend and marked the first real cultural event that Scott and I were able to attend on the island. The festivities took place in Island Harbour, a fishing village on the east end of the island. The beach was dotted with tent after tent where locals were cooking and serving up lobster, crayfish, wahoo, shark and other local fare for hungry expats, tourists and locals.

Lest we miss out on anything, we made the rounds and noshed on some conch soup, saltfish fritters, fish, johnny cakes and tried out coconut dumplings with West Indian flair. We only popped in to take note of the festivities and have a local, fresh lunch but the festival continued on through the weekend. Saturday night, which was supposed to feature live music to christen the weekend’s happenings, ended up being rained out. We couldn’t make it on Sunday, but the musical acts doubled up to make up for the loss on Saturday. 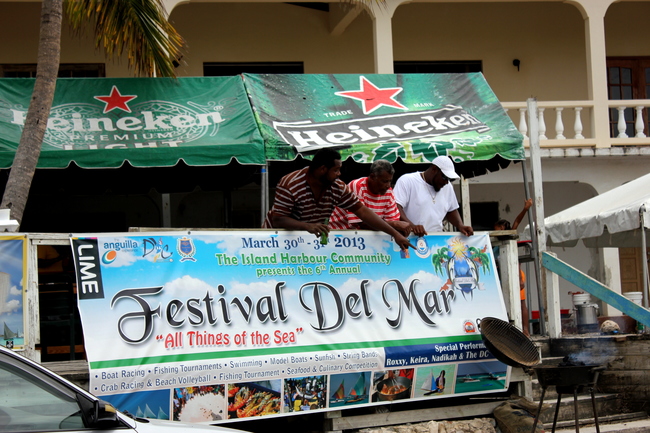 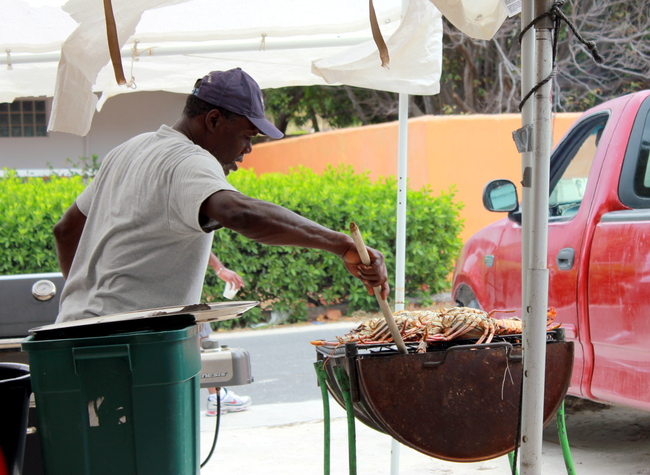 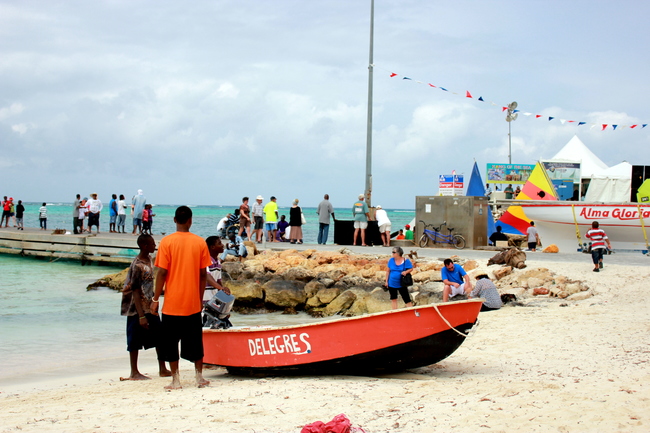 The festival takes place during Easter weekend, acting as a precursor of sorts to the Easter Monday boat race. The Frangipani sponsors De Tree (which is captained by the resort’s landscape architect) so we were rooting them on from afar. Sadly, the boat sank (we thought it was an April Fools Day joke at first) so naturally, we’re pushing for a bit more success in the coming races! 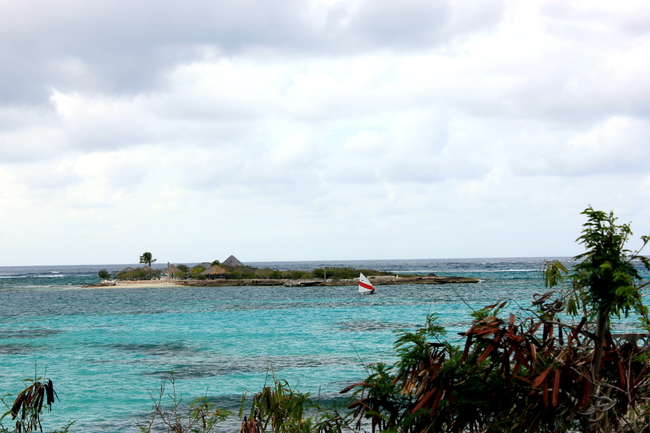 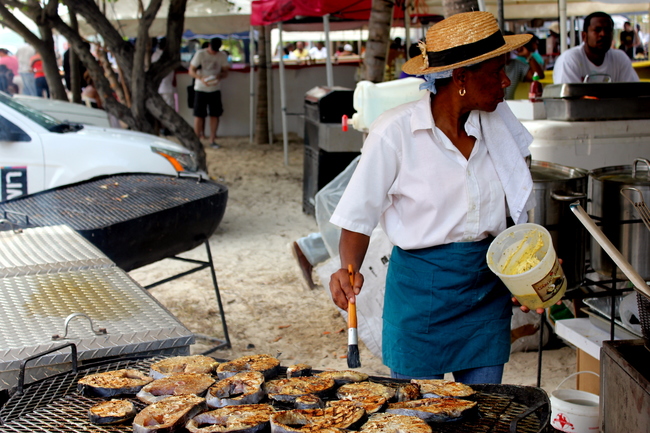 Did any of you check out Festival del Mar? What did you think?