I left Northern California on Thursday morning and jetted down to the airport to start my early weekend in Vegas, my first experience in the famous city! Scott was already in Las Vegas making his rounds for the IMEX conference, so I was all set to link up with him at the Palazzo when I arrived early that afternoon.

After a quickie $7 shuttle ride to the hotel, I got settled in to our stellar suite (side note for those not wanting to throw money away, the shuttle is a mere $7, a cab is around $30 + tip). We quickly changed into comfy clothing and made our way to one of the hotel’s restaurants, FIRST Food & Bar. I was more than a little excited to see a ‘skinny’ drink (the DIY ‘Skinny Bitch’ made with Crystal Light) on their menu so I had to test it out. Imagine my surprise when it came out looking like this: 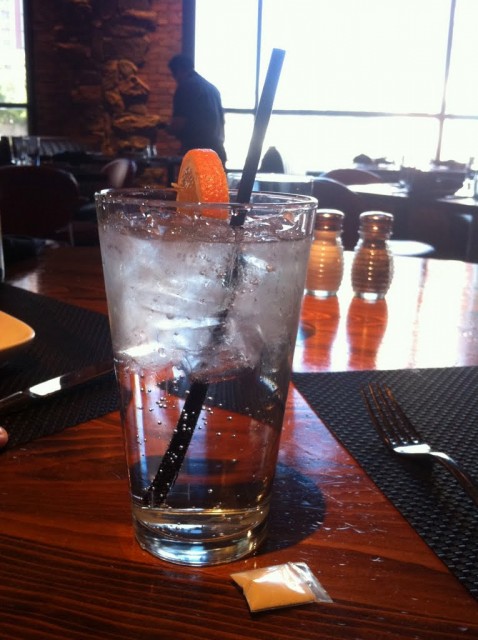 I love that they put the Crystal Light on the side. While the packaging looks a bit questionable (read: like you’re harboring illegal substances), I thought it was clever Vegas-inspired packaging. After re-fueling, we headed out to explore the Strip for my first time ever. 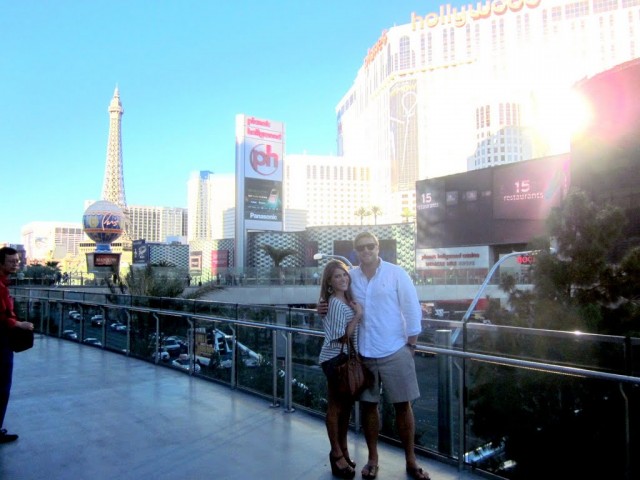 There’s no doubt about it: Vegas is totally Disneyland for grown-ups. Much more expensive and debaucherous, but equally mesmerizing. You know the way you feel when you stumble upon Adventureland in Disneyland at 5-years-old and are awe-struck by everything around you as you try to take it all in? Yeah, same thing as a 25-year-old in Vegas. I was immediately mesmerized with the Palazzo as we walked through it: fake blue skies, waterways, gondoliers and a replica of St. Mark’s Square? Who thinks up these things? 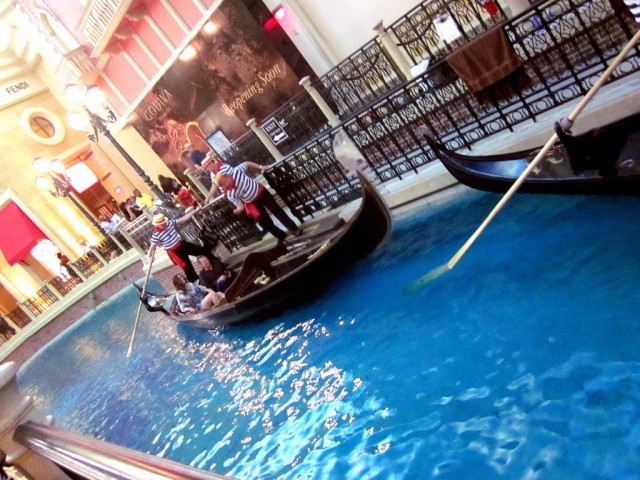 We spent a few hours walking down the Strip, exploring hotels and sipping on some suspiciously delicious margaritas from Margaritaville {margaritas were definitely a trend during this trip}. 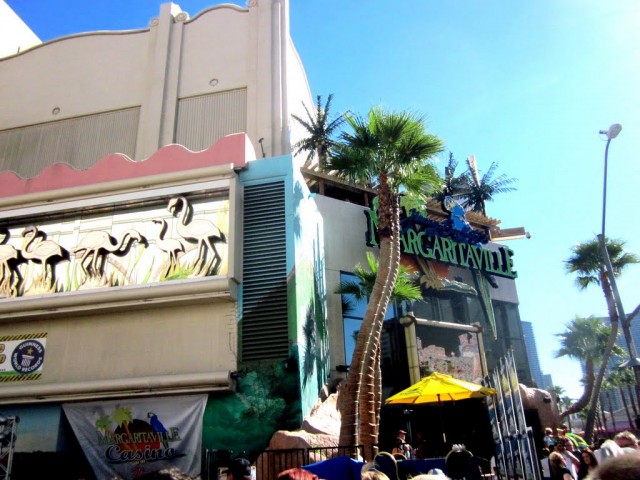 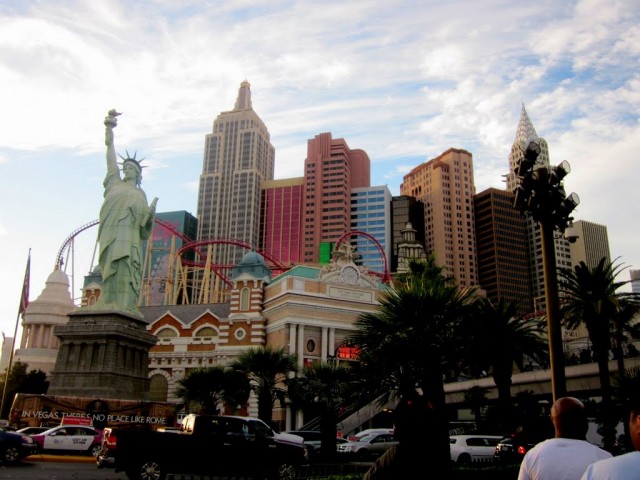 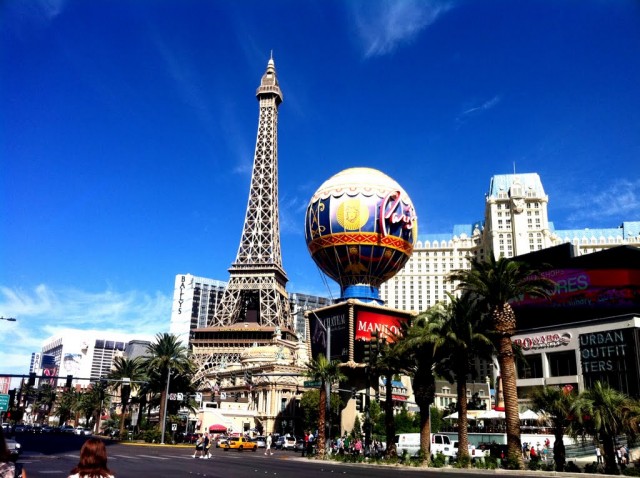 After running around in the Vegas heat, we got cleaned up and made our way out for the evening. There is certainly no shortage of amazing restaurants in Vegas and while it’s great to have such incredible options, it also makes choosing really difficult. After much deliberation we decided to eat at SUSHISAMBA, right inside the Palazzo. 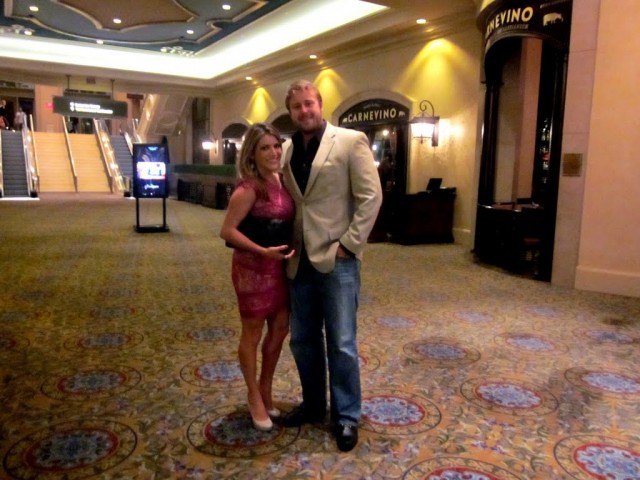 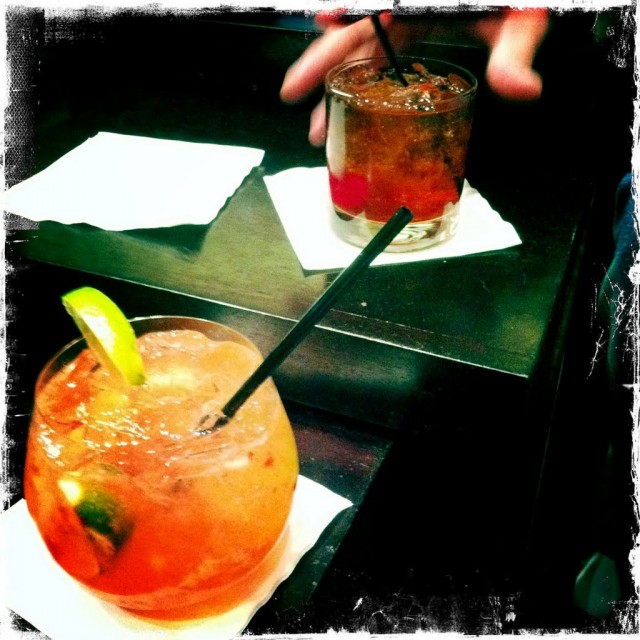 With a 45 minute wait at 9PM, we decided to kill some time at Double Helix Wine and Whiskey Bar, also in the Palazzo. We each grabbed a drink before making our way back to SUSHISAMBA for dinner.

I’ll admit, I wasn’t 100% sure about SUSHISAMBA before we sat down. Sushi’s always great in my book, but I didn’t get the full concept behind the restaurant. It ended up being a very cool mix of Japanese, Brazilian and Peruvian cuisine and our meal was an absolute winner. Sushi, sashimi, ahi tacos, chilean sea bass, Alaskan king crab… the list goes on and nothing disappointed. The standout was the chilean sea bass which a must, even for meat eaters.

After our SUSHISAMBA night, we made our way to Wynn and the Encore to explore the neighboring hotels. Being big piano bar fans, we stopped into the dueling piano bar at the Encore (open from 9:00P on) and spent the rest of the evening lounging and doing a bit of people-watching.

All in all, it was an amazingly jam-packed first day in Vegas! For someone who was apprehensive about visiting the city, I’m only disappointed that I didn’t explore years ago!