Laid out like strings of emeralds, the islands of Loch Lomond offer moments to glimpse worlds far removed from our own. Here through thousands of years of history, people have used the islands to escape the world on the shore. They offered sanctuary and seclusion to bronze age man, missionaries, monks and saints. Today a trip down the 24 miles of Loch Lomond on one of the many pleasure crafts that use the water gives a chance look upon the 30 islands in the mainland UK’s biggest body of fresh water.

Loch Lomond is at the centre of Scotland’s first national park, Loch Lomond and The Trossachs National Park. The area divides the Highlands from the Lowlands and has been a major draw for tourists for many years. In addition to the walking and messing about in boats, the area offers fascinating history which, in keeping with Scottish tradition, merges fact with fable. 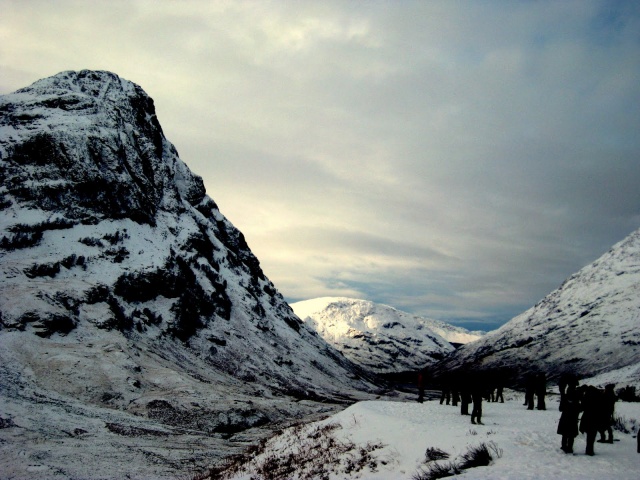 Photo of the Scottish Highlands by Shannon Falzon

The connection of St. Mirrin to the area is just such a story. Did the Irish saint actually visit Inchmurrin (the island of Mirin) or was the island merely named in his honour? The island is the largest on the Loch and boasts the best view from the water from its hill some 89m above the water. There was a seventh century monastery on the island but this has never stopped the island from providing the backdrop for many notable murders. Iain Colquhoun died here at the hand of robbers in 1417 and not twenty-two years later Sir John Colquhoun of Lusswas murdered on the island by the raiding Lachlan MacLean.

Maclean was not the only raider with Rob Roy also joining a later attack. If this history was not enough for an island a mere 1.5 miles long then the island has also hosted hunting trips from many of Scotland’s kings including Robert I and James VI.

Inchmurrin is one of three occupied islands in Loch Lomond. Another is Inchtavannach, Monk’s Island. Similarly misted in murder and fable, this is said to be site of St. Kessog’s murder who preceded St Andrew as Scotland’s patron saint. He brought Christianity to this part of Scotland in 510 when he travelled from Ireland to spread the word. He used the island as his base and the monastery stood here until it was replaced with a large house in 1760.

The rich history may have added a layer of excitement to the area but Loch Lomond and its islands have long been a delight to poets. In 1803, Coleridge, a poet and founder of the Romantic Movement, toured Scotland with fellow poet Wordsworth and his sister, Dorothy. Dorothy was particularly captivated by the beauty of Loch Lomond and the village of Luss, providing inspiration for her book, Recollections of a Tour Made to Scotland.

Today visitors to Loch Lomond can also catch a glimpse into another world by taking a boat out on to the water of the loch to see the islands that dot the surface.

{Editor’s Note: For those looking to book a tour of Loch Lomond by boat, check out Cruise Loch Lomond, Loch Lomond Leisure, or Sweeney’s Cruises. You can also do a full tour of the area with Timberbush Tours which takes you to Loch Lomond, the Trossachs and Stirling Castle.}

Have any of you visited Loch Lomond? What did you think? Leave your thoughts and tips in the comments section below.

Melissa Turner hails from Edinburgh, and is always out to explore something others have been known to fear, the world outside their own comfort zones. She comes from a family of travelers and believes that travel is truly the best education. She has acquired an amazing amount of travel experience and loves sharing her knowledge. She written extensively about Scotland holiday homes to help others experience all that Scotland has to offer. Featured photo by Butch Osbourne via Creative Commons.