Saturday in Vegas entailed a lot more than Garth, but that was definitely the focal point. The reason I had booked the trip centered around seeing this man perform live (checking one off of the bucket list!) so all other elements fell into place around him.

I woke up rather hungry, but kept it under wraps for a while so we could get some poolside relaxation in. For being October, it was still very warm in Vegas so 9:30A wasn’t too early to be napping on a lounge chair. We spent about an hour outside before deciding we wanted to explore again. Our first order of business was brunch. The chosen venue: Mesa Grill. We ate at Mesa Grill last year and the food was excellent (one of the most memorable meals of my life, actually). We wanted to test out other places this go around, but Mesa Grill ended up being the perfect spot for brunch; an affordable way to check out Bobby Flay’s spot. 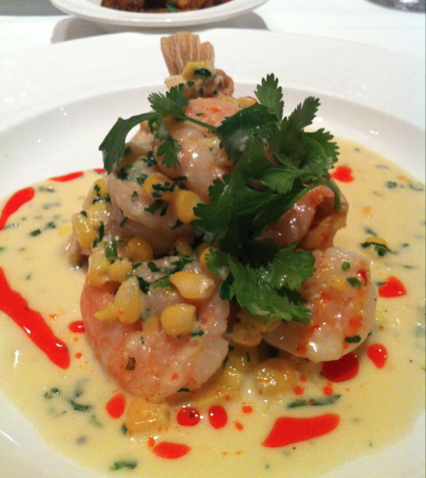 Afterwards, we wandered around. We strolled through Caesar’s (yet again), and made our way across to the Paris Hotel to check out the inside. We spent a few early hours of the afternoon enjoying my new favorite activity, video poker. Mind you, we only played with $5 – $10, but it’s way too fun. I’m not yet at the point where I’m comfortable sitting at an actual table, but the video versions are fun enough for me! From there, we decided to head back to our hotel around 3:30P to get a little nap in before dinner and the show.

Before seeing Garth, we had 7:15P reservations at Thomas Keller’s Bouchon in the Venetian. Being that we’re from Northern California, we’re both acutely familiar with Thomas Keller’s work at French Laundry but the chances of us spending $270/person on a prix fixe menu is probably not going to happen in the near future. 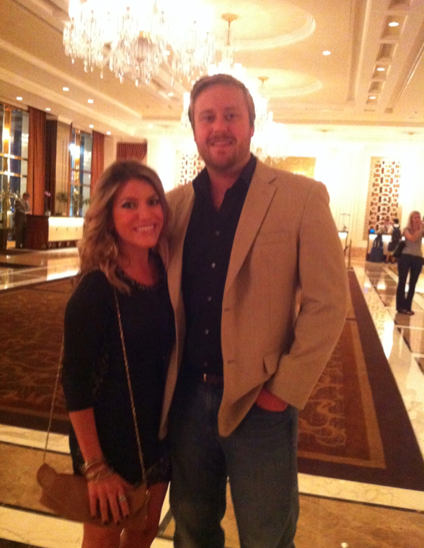 Who am I kidding? It’ll never happen (ever). I’m generally opposed to spending that kind of money on food. Still, I thought it would be fun to try his menu and experience one of his restaurants. The menu at Bouchon was actually much more affordable (by Vegas standards) than many of the other options we had looked at. The bill ended up being less than STRIPSTEAK and I thought the food and experience was notably better. The restaurant is very intimate inside; dark wood, a great bar and a romantic air, unlike the modern quality that STRIPSTEAK possessed.

From there, we made our way to the event of the evening: GARTH at the Encore. Naturally, there are no pictures allowed inside the theatre, but the experience was phe-no-me-nal. The space is small — maybe 1500 people– and we had front row seats in the mezzanine level (I’m sure my amazing cousin had a hand in picking those seats)! We walked in and looked down at a stage that had a stool, two bottles of water and a guitar perched on the side. About 15 minutes later, Garth came out and got the show started to a bevy of cheers, hollers and a standing ovation. Clearly we were in good company. 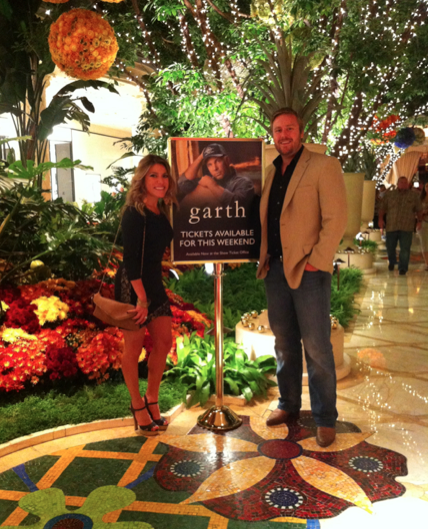 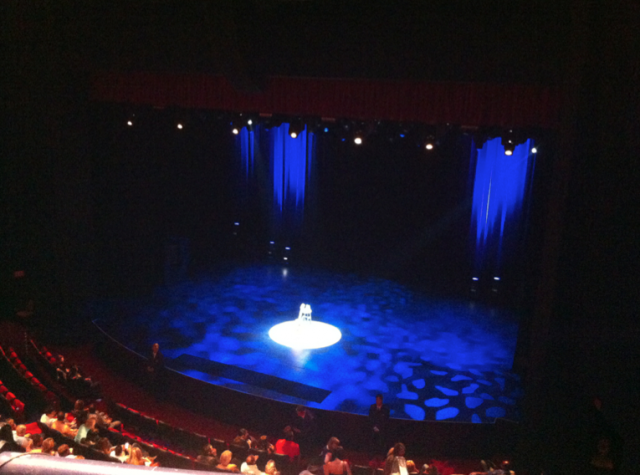 I can’t really describe the show because it was too amazing for words, but suffice it to say that he has won entertainer of the year many times for a verrry good reason. The man had everyone entranced for two and a half hours while he told the story of his journey from boy to established musician. He sang songs from his youth (an incredible range that just showed how awesome his voice really is) and then ended with a selection of Garth-only songs to cap off the evening. Trisha Yearwood came out to sing their duet plus a few songs of her own. To say that we were sad to see it end would be an egregious understatement. He just announced that November 17th will be his last show ever before he retires for real. I’m not sure if it will stick this time, but either way, I couldn’t be more happy to have been able to see him in Vegas. What an incredible experience!

Has anyone else seen Garth in Vegas? What did you guys think?