We are gone so frequently that I find myself appreciating the rare weekend that we actually get to spend in the city. No driving, no flying, no sleeping in a foreign bed. We’ve been pretty diligent about exploring San Francisco since our move here a year ago, but still, there’s so much to see and do and a warm weekend is a perfect backdrop for it!

Last week was rather long for me and was excited for Friday to roll around. We had no plans to speak of, mind you, but nothing sounded just fine. On a bit of whim, we decided to get dressed up on Friday evening and head out for a night à deux. We’ve eaten at our fair share of restaurants in the city, but there are so many incredible eateries in SF that it would be nearly impossible to sample them all in a normal person’s lifetime. One restaurant in particular that had been on our radar: DOSA. There are a fair share of hole-in-the-wall, sub-$10 plates of Indian fare dotting San Francisco (many of them are great for weekday bites), but we were intrigued by this fancy shmancy Indian place in Lower Pac Heights. Committed, we made reservations for the only reasonable time available: 9:15PM.

Since it was barely striking 6PM at this point, we made a night out of it. We started at La Folie Lounge where we each grabbed a drink while listening to the wine snobs next to us talk about their drinks as if they were filming a Food Network show. (Side note: the chef came out and spoke with them and they got some serious VIP service… I can’t be sure they’re not food writers, in which case their snobbery is somewhat justified.) For those that are intrigued by La Folie but intimidated by the menu pricing, the lounge is a great way to try some of their food a la cart and enjoy some cocktails in a fancier than normal setting without breaking the bank. 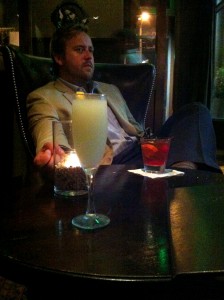 After La Folie, we made our way to Lower Pac Heights to visit Fat Angel for a glass of wine and a cheese plate, and then popped over to 1300 on Fillmore for a final drink before dinner (sadly, we left just minutes before the live music was underway).

Finally, we made it to DOSA. We grabbed a drink at the bar while we were waiting and I was already impressed. Delicious, creative cocktails.

We were seated shortly after and laid out our ambitious order (we over-ordered, as per usual). Everything was incredible. It’s rare that we eat out and the whole experience is just phenomenal from start to finish, but this place does it. Great food (perhaps, in part, because it’s different), exceptional drinks, world-class service. Like, wow.

Standouts on the DOSA Menu: The vegetarian sliders, the prawn masala, and the spicy basil dosa. For drinks, their rye cocktails are out-of-this world, even for non-bourbon drinkers. 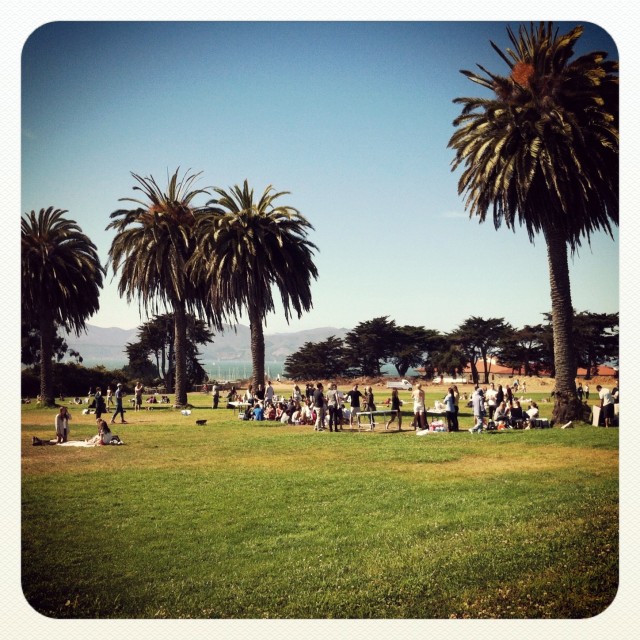 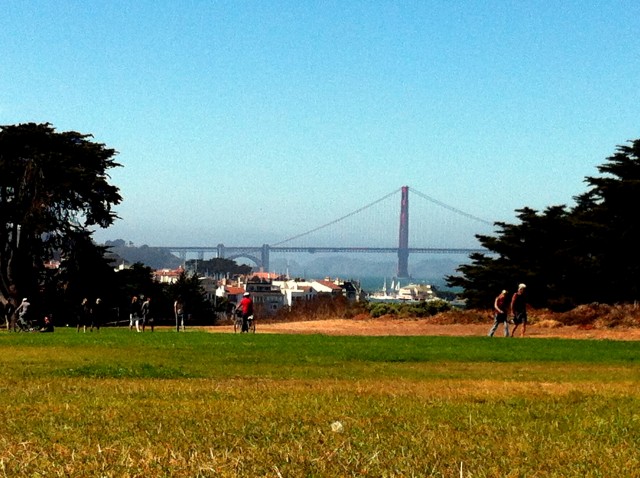 We woke up on Saturday a bit more slowly than usual, with hangovers that were equal parts food and drinks. With temperatures in the 70s, we knew we had but one option: Fort Mason. Thus, we hit up a sandwich shop, loaded up on some picnic food, and walked down to Fort Mason to post up in the park. Lots of reading, hanging and sunning.

With Friday night being more ambitious than I had anticipated, we decided to hit up the grocery store, load up on dinner food and cook in for the night. Since we live separately, we rarely get those nights in (cooking together, hanging out, watching a movie, etc.) but we made a point of it last night. 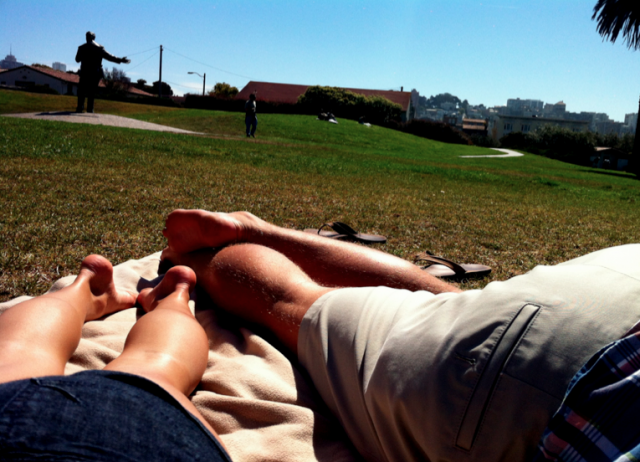 I’ve committed to making today a productive Sunday! Coffee’s in hand, laundry’s being washed and I’m making a handy to-do-list for the week as I sit perched in the bay window of my living room. The sun is calling again today, so I’m hoping that my to-do list gets checked off quickly.

Anyone do anything exciting this weekend? Was anyone at the Social Good Summit in New York?

5 suggestions for sightseeing in NYC