Separating Lake George and Lake Edward, the Kazinga Channel runs for about 20 miles between the two African lakes. For many visitors to Queen Elizabeth National Park, a boat trip on the Kazinga Channel is a must, providing a contrast to a land-based safari with different animal life concentrated near the water.  After our less-than-ideal journey across Lake Kivu, I had mentally calculated whether I could swim the width of the channel before embarking. If need be, I decided that yes, I most definitely could save myself if it came down to me vs. the channel. I wasn’t quite as sure about my ability to outswim hippos, crocs and water buffalo but that was a different issue. Fortunately for us, this wasn’t a dinky little boat for two; this was a large double-decker boat with about 40 people on board, and we were going on a leisurely sightseeing mission at just a few miles an hour so we could take it all in. 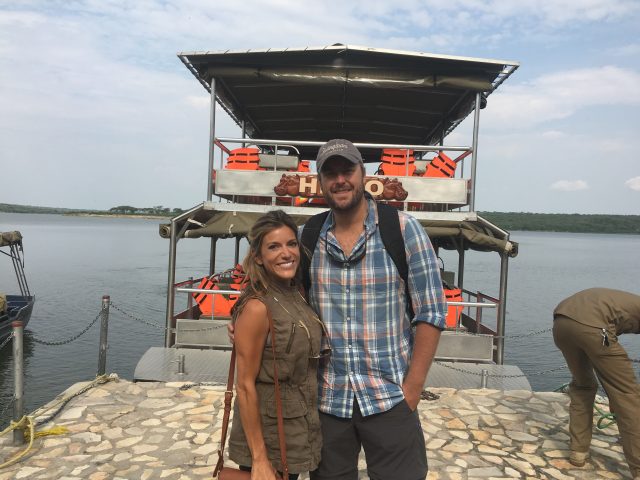 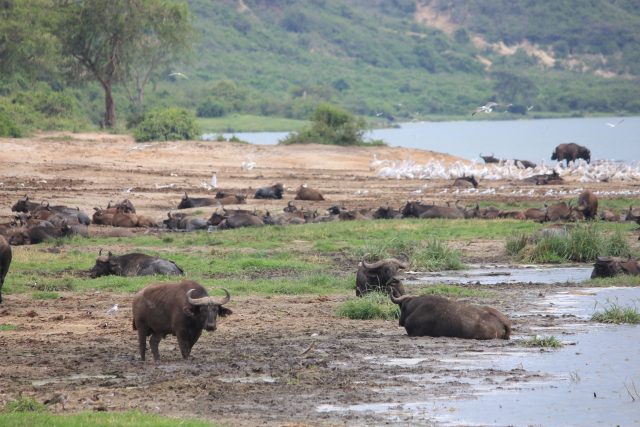 There are a few available departure times throughout the day, but we set off for about two and a half hours on a 2PM departure from the jetty adjacent to Mweya Safari Camp. We’d already had such luck with our land-based game drives on safari in Uganda that we were excited about seeing something different from the boat. We also realized that we were spoiled from our up-close encounters with lions and a leopard and that what we would see on the channel would be a different experience entirely. The Kazinga Channel is ideal for spotting water buffalo, crocodiles and hippos, but people have also mentioned seeing elephants and waterbucks. As we discovered, it’s also a haven for bird watchers. 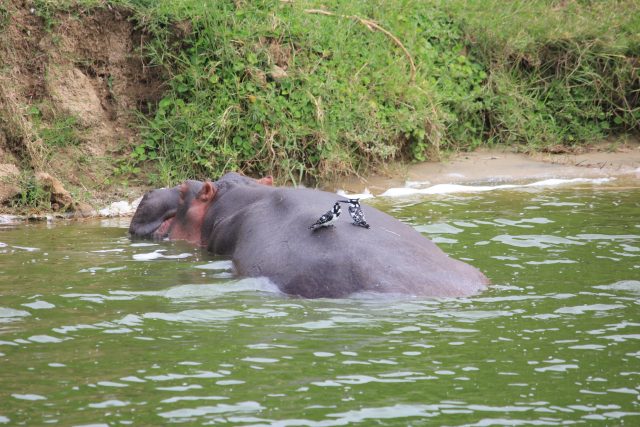 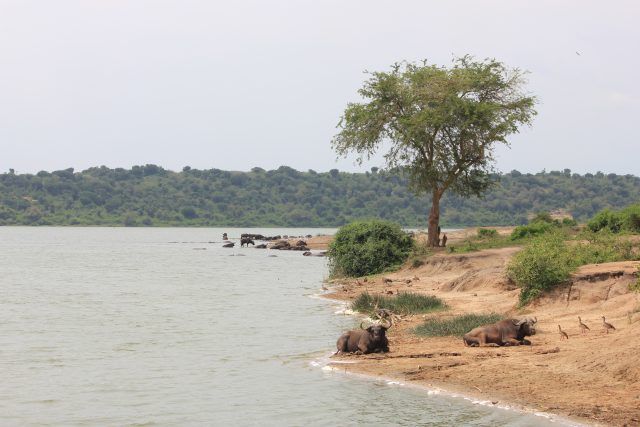 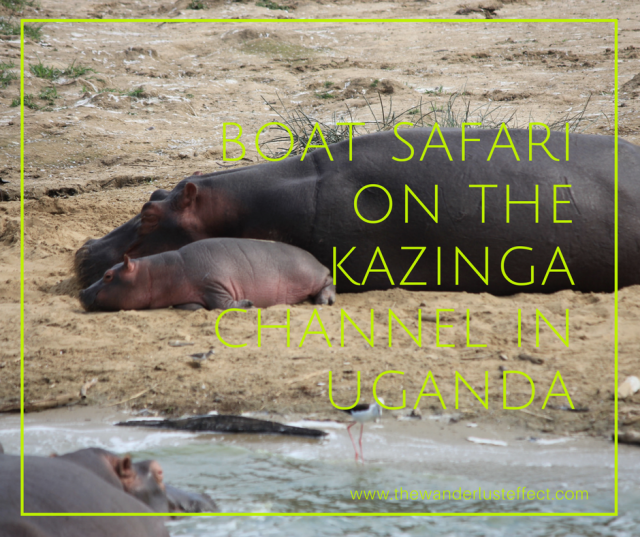 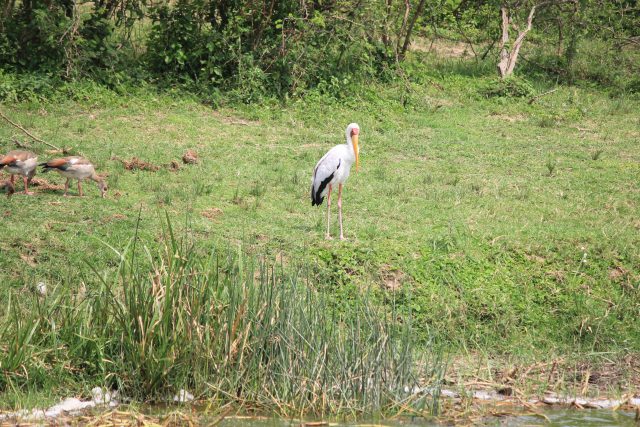 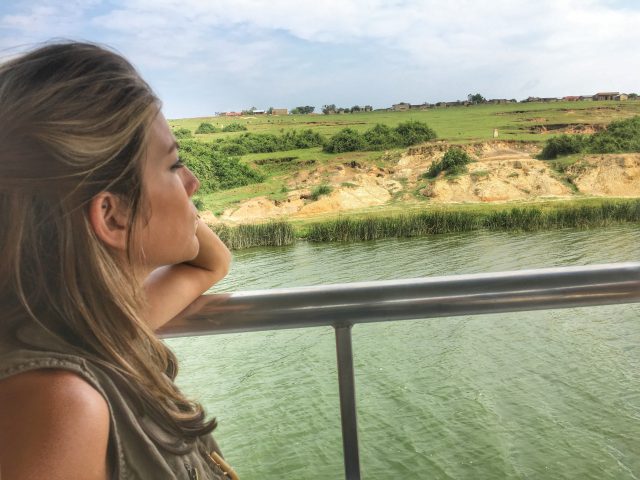 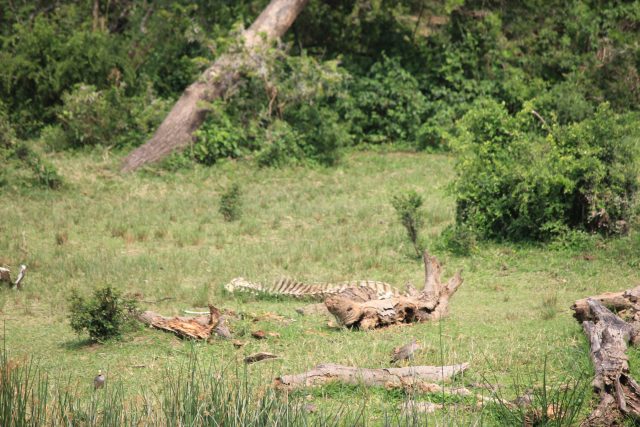 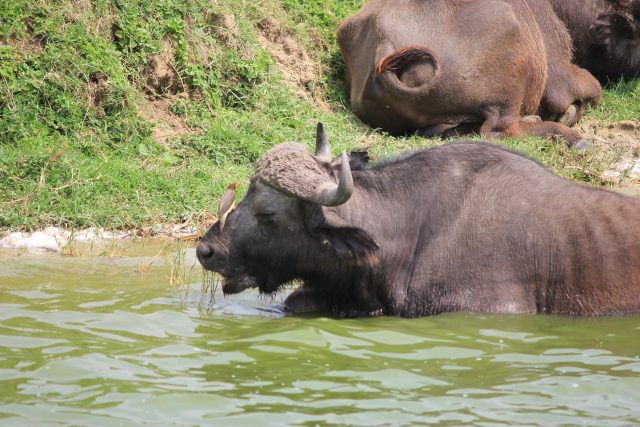 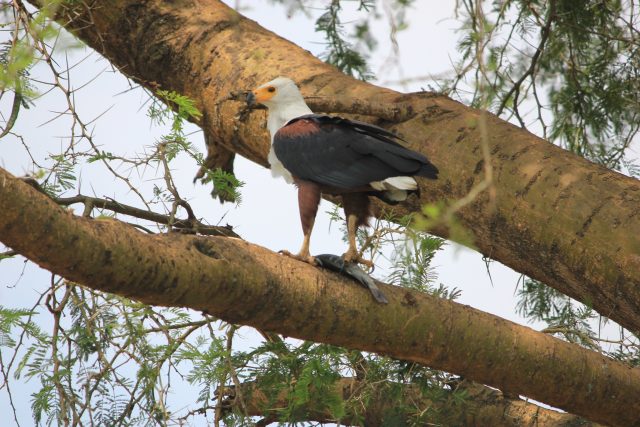 We happened to be on the boat with an entire busload of birdwatchers from the UK on a bird lovers expedition to Africa and I was simultaneously impressed, fascinated and perplexed by the level of knowledge and the birding obsession of this mass of people.

Don’t get me wrong, I like a pretty bird as much as the next girl, but I learned more about bird species, birding habits and the rarity of birds on this brief boat trip than I ever thought I would know in my life. The couple behind us was quick to assist us by pointing out elusive bird species – malachites, mostly – that were playing hide-and-seek and there were many conversations about weaver birds (“we must check the book!” they would say in their posh British accents, referencing the birders’ Bible that they carried on the boat with them). For the record, we did see a white malachite – not an albino, just a white one – which we were told by the birding community is extremely rare. It’s allegedly the only one of its kind on the Kazinga Channel. Naturally, I had to take a photo when the bird brigade hustled to the front to snap a photo of their unicorn. I had proof to all other birders that I, too, saw this elusive white malachite. I’m being cheeky about this, but even for a non-birder the birdlife on the channel really is pretty spectacular, and the guide on board had an incredible amount of knowledge to share. In some ways, it was a bonus having the birders on board since it made the ride a bit more entertaining. 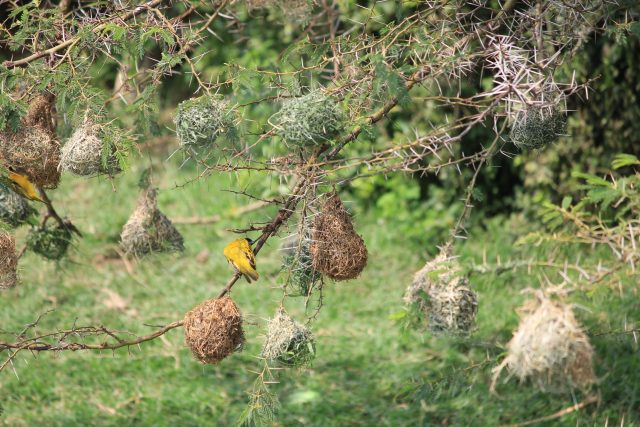 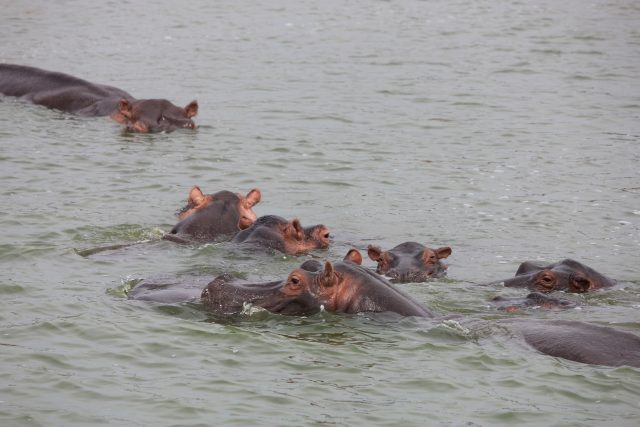 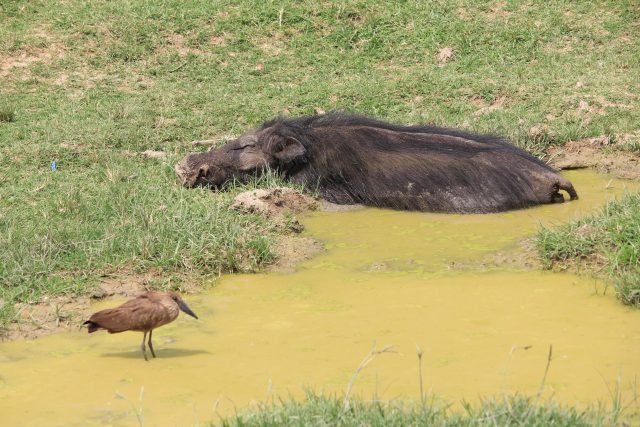 Beyond birds and the usual suspects (water buffalo, hippos and crocodiles), we boated past a fishing village on the banks of the channel. The area is a conservation site now, but was essentially built around this community which allows the original inhabitants to continue living there and working the water. Some of the income received by the park goes to assist the community and social development initiatives for the population. 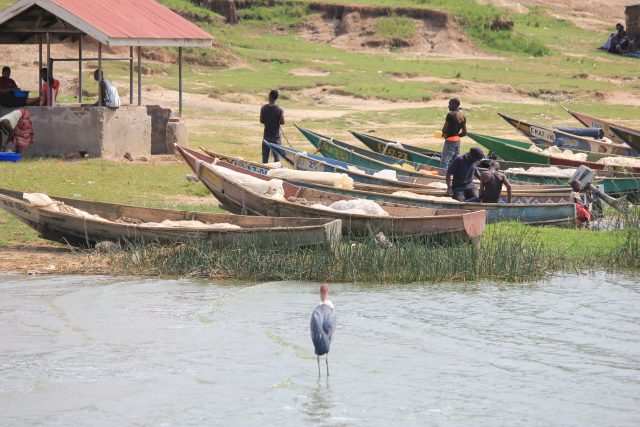 If you’re in Queen Elizabeth National Park, the boat trip is something that you have to put on your radar simply because it’s one of the must-do activities in the area. To be honest, it was a good experience but it wasn’t a highlight for me and I found it to be a bit long. What I would prefer? A sunset cruise on the channel with a sundowner while glimpsing nearby wildlife, naturally.

If you’re doing a boat trip on the Kazinga Channel, try to get seats in the front left upper deck of the boat for optimal viewing (this is was a sage piece of advice from our guide). We were the second row back but the first row has great views all around, ideal for taking pictures of the wildlife on the banks. It’s also worth noting that we did see smaller vessels go out on the channel and it appeared as though private charter opportunities were available for those looking for something more intimate or more customized. Read more about the Kazinga Channel and boat cruises here.

Have you done a boat safari before? How was your experience vs. a land-based safari?