Traveling to Italy During COVID

If you’ve been following along with our travels in real-time, you’ll know that we’ve been in Italy for about a week starting in Southern Tuscany, moving up to the charming town of Pienza, and now settled in the gorgeous Renaissance city of Florence. I’ve gotten a lot of messages from people asking if Italy is open, and if not, when might it be for Americans?

Let’s start with the now. 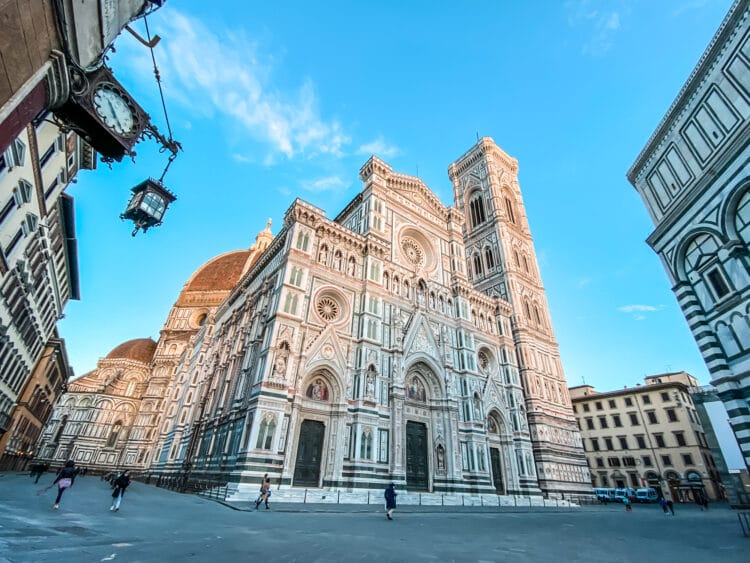 To start, Italy is closed to tourism and only open for essential travel. We’re here on a work mission and I’m traveling on my EU passport which has made transit in Italy easier. That all said, it’s not a place you’d want to come for tourism at the moment. I’ve had the kindest and most thoughtful messages coming through recommending a perfect place for an aperitivo or a favorite hidden museum, but the reality on the ground is very different from that. Tuscany, and many other regions in Italy, is currently designated as a zona rossa (red zone), which means only essential services are open. In smaller towns like Pienza, that meant literally one place for a takeaway pizza during the day. In larger cities like Florence, that means a broader array of options for takeaway and shopping (e.g. Eataly, Sephora, and charming bookshops are essential). Florence has given us a greater sense of ‘normalcy’ with having more people milling around and more shops open, but it’s still a stark contrast to the city’s normal reality here. Masks are mandatory at all times and most shops are shut down but on the bright side, you can walk in front of the Duomo with just a handful of people around. We’ve taken that in and tried to be very present, knowing that this is probably the only time in our lives we’ll ever be interacting in the city in this way. On the flip side, our dinner involved pizza delivery eaten in our hotel lobby, and while the team was generous with making our experience enjoyable, we couldn’t help but feel blasphemous being in this city eating pizza from a box. Your mind creates an image of what it is to be here — and in normal times that image would be reasonable: dressed up, walking through Florence, visiting museums, enjoying a pre-dinner cocktail in a vibrant square with music playing in the background before heading to dinner at a lively establishment. That’s not Italy right now, but I sincerely hope that we’ll see the Italy of our mind’s eye return in the coming months.

When will Italy open to tourists and to Americans? 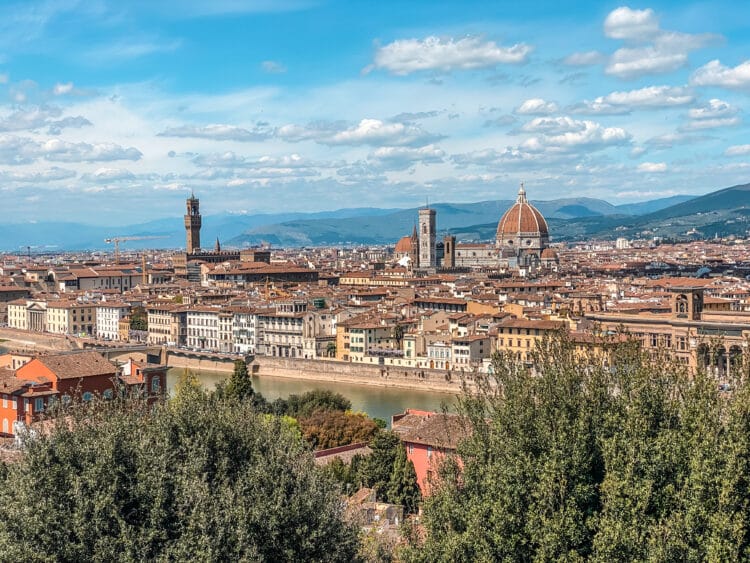 Well, this is a tricky one… word on the street is that Tuscany and some other regions will be downgraded from red zone to orange zone by the end of April, which is a step in the right direction. Prior to the Easter lockdown, only one region in Italy was given ‘white zone’ status (basically the closest thing to normal living): Sardinia. Cases have remained very low there, but Sardinia is still part of Italy which means the rules and regs of entry still apply for tourism there, too.

The reality is that Italy, the fifth most visited country in the world, needs tourism for its economy. This is especially true in places in the south and along the coast where tourism is a large contributor, and summer months play the biggest role in this. Capri announced that all of its citizens would have access to vaccines by April 3rd, which perhaps is an inkling that they’ll be able to welcome tourism somewhat normally for fellow Italians and possibly for other EU citizens by early summer. The timeline is tough to sort out though… the natural progression is that first tourism within Italy reopens, then EU tourism opens up a bit more readily, and then ‘third country’ tourism is allowed for non-EU passport holders. The biggest question mark amidst all of this is related to vaccines. If you’re vaccinated, will that change anything?

While many Americans were scoffing at the distribution of the vaccines in the US, the reality is that the US has done a better job than many European countries with distribution and is now generally ahead in terms of recovery and managing COVID cases vs. what we’re seeing in the EU. So, will being vaccinated change your ability to travel to Europe? I think there’s a good possibility that it may. We’re already seeing this happen as countries make the choice to reopen tourism to vaccinated travelers, something many of us saw as being the reality of future travel.

The CDC recently announced that American citizens who are vaccinated can safely travel without risk to themselves, do not have to quarantine upon returning to the US, and also don’t have to test when traveling if it’s not required by the destination. Many people raised their eyebrows: what exactly does that mean? Well, it’s not exactly a proclamation that international tourism is a go (and it shouldn’t be), but it’s a small step in the right direction giving us a glimpse of what future travel may look like and perhaps the parameters within which international travel will take place. Between the CDC’s announcement and the reality that some destinations are allowing tourism without testing for vaccinated travelers, we have a recipe for more ‘normal’ travel in the coming months. Testing is still required for your return to the US but that, too, may change as more people are vaccinated.

I’ve had many people reach out asking about booking Italy for this summer. Is it reasonable or safe to get something on the books? I’d say that fall feels somewhat realistic and safe to me, though for any international travel at the moment opt for flexible booking and travel insurance for an added level of security. Summer is a bit suspect though July and August may see some more doors opening throughout Western Europe –  including Italy – as vaccines are more widely distributed.

One thing is for sure: the demand for Italy is real. If Italy is on your wishlist for next summer or later this year, I’d start thinking about what that looks like and begin putting pen to paper. We’ve been fortunate to see Italy sans crowds this spring and while it’s a far cry from ‘normal’ Italy, it’s been a unique experience that we’ll never forget. That all said, I’ll be first in line when the country reopens normally because the Italian dolce vita is a hard thing to beat. ✨

What part of Italy is first on your list when the country reopens for tourism?