After our road trip in Ireland, my family and I parted ways. They were off to Scotland to fulfill the rest of my dad’s dream birthday trip, while Scott and I headed to Basque Country, a region that has long captured both of our interests. Our friends joined us for this adventure, which was a great way to wine and dine more socially. San Sebastian (Donostia in Basque) was the anchor for this trip; a city that we both knew unequivocally that we wanted to see. It was the city we associated with ‘Basque Country’. To us, San Sebastian didn’t warrant a full week and after a hefty amount of debate as to what destination we could add on to the front end, we decided to keep it close and delve deeper into Basque Country and look at the lesser traveled French side (Pays Basque), something I’m so grateful that we did. 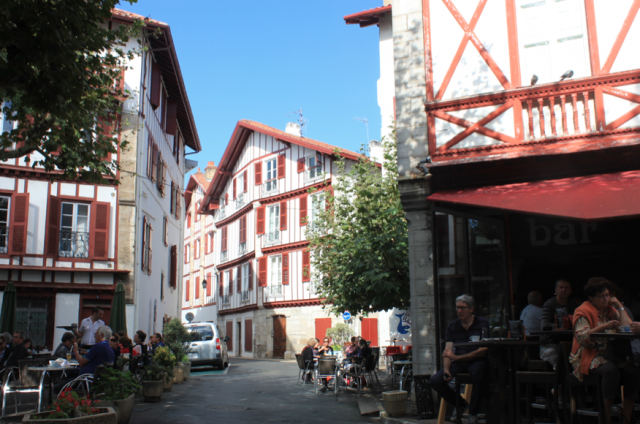 Saint-Jean-de-Luz is a gorgeous seaside town in the Basque Province of Labourd, one of three Basque provinces on the French side (there are seven provinces in total). Going in, people would talk of its charm but warn that it’s the more bustling and built up of cities in Pays Basque. From our experience in September, it was perfect. After having driven through a number of the main towns on the French side, there’s no doubt that St. Jean-de-Luz is a city amongst towns. There are a few other towns that are well-trafficked (Biarritz and St. Jean Pied de Port come to mind) in a different way. To me, St. Jean-de-Luz feels like the hub of not only this Basque province, but of Pays Basque broadly. 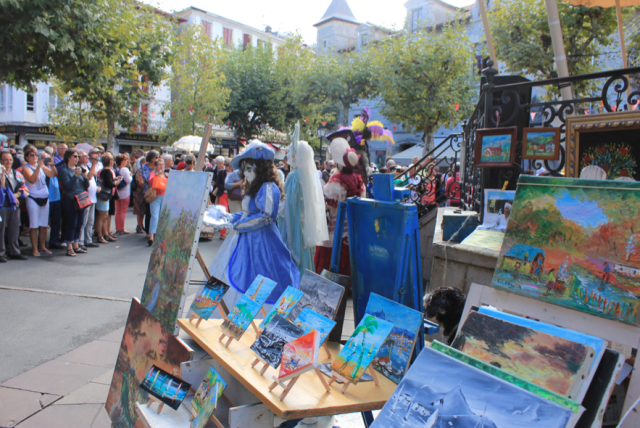 The town has a Beauty and the Beast French charm about it, with medieval buildings lining the city. This is a stark contrast to what was seen on the Spanish side and will forever be the picture of Pays Basque in my mind. Admittedly, Scott and I didn’t spend a ton of time during the day in St. Jean-de-Luz, instead spending our evenings taking in the sunset along the main beach and dining in charming restaurants serving up French and Basque cuisine.

For those spending time in St. Jean-de-Luz, there’s a lot going on, which is something we realized as we began exploring other towns. The town is perfectly walkable and is too beautiful to get around any other way. Choose a well-located hotel if you’re going to stay here so everything’s in close proximity. We chose the quaint boutique offering, Hotel La Marisa, which provided the perfect location and comfortable accommodations. We could have spent our days just walking around the town, taking in the gorgeous facades and popping into the independent retailers lining the pedestrianized streets. There’s great shopping in town, including an amazing selection of artisanal and gourmet food shops doling out foie gras, duck confit, specialty meats and cheeses, oils, and wines, amongst other things.

St. Jean-de-Luz is a seaside town though, and while Scott and I don’t take advantage of the beach when we travel (we get plenty of it at home!), that is definitely a draw for travelers. We were both stunned by how beautiful the beach was here; a huge stretch of golden sand with very few people and virtually no litter. I am sure that the beach is busy during the summer months, especially with domestic travelers heading to the seaside town for a beach and dining combo, but during September it felt as though we had the beach to ourselves. Being a harbour town, boating is a big draw, too, along with kayaking and other water sports. Fun fact: the Basque coast is actually famed for its world-class surfing, and while Biarritz and San Sebastian may draw more surfers, St. Jean-de-Luz has its share catching waves, too.

During our time there, a festival was taking place (though we didn’t realize it at the time), with an art sale in the main square, live music, and people dressed in costume. It added a cool cultural layer to our already-enchanting experience in the provincial capital.

For us, St. Jean-de-Luz was an absolutely perfect home base. It may be more bustling than many towns in the region but that ended up being a very positive thing for us because it meant access. There were ATMs in town, a main train station within walking distance, car rentals, vespa rentals, and more resources all within close proximity. Plus, there’s no shortage of options for dining.

{Keep reading to see more pictures + our journey to Bayonne and Biarritz!} 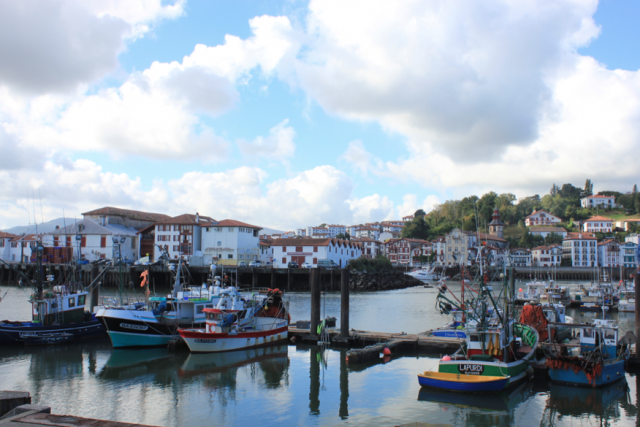 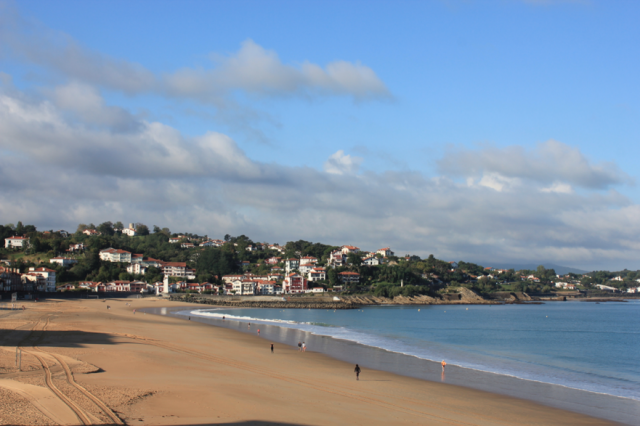 We visited Bayonne during our first full day in Pays Basque, taking the train for St. Jean-de-Luz-Ciboure to Bayonne, an inexpensive, quick ride (around 20 minutes) in comfort with views of the countryside. 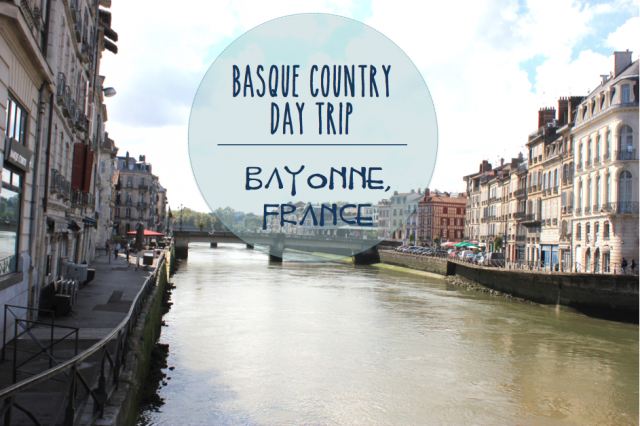 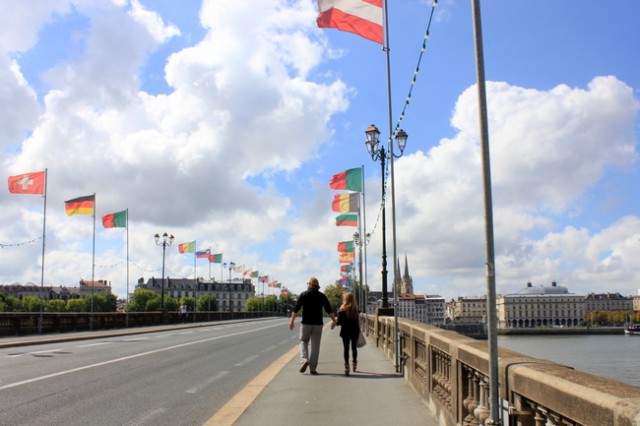 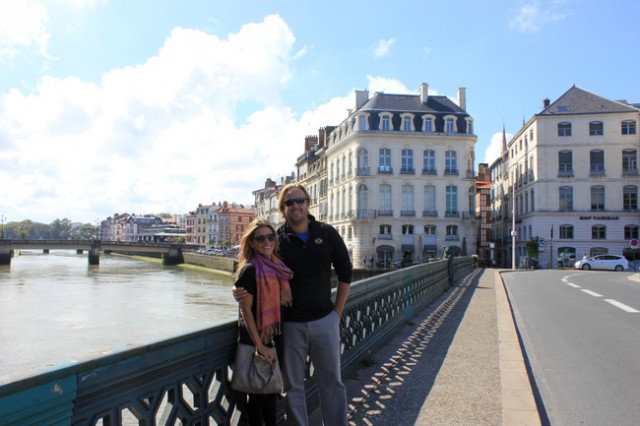 Bayonne, while beautiful, was sleepy when we visited on a Sunday. A bit of an amateur move, it didn’t dawn on us that it was a Sunday when we visited, which meant that the majority of stores were closed. Even so, we were surprised by how few people were strolling the streets, dining at the riverfront restaurants, or enjoying the sunny day.

Luckily for us, Bayonne’s famously well-done Basque Museum was open to tour (one of very few things that was open!), so we made our way there first. We knew very little of what to expect going into Bayonne. I wanted to try delve into their world-class chocolate scene, and Scott was eager to taste test their famous ham, but neither of these things were possible the day we visited. The Basque Museum was the only real activity on our agenda, so that consumed the majority of our time in the Basque town.

The Basque Museum is worth doing first if you’re interested in learning more of the history and culture of the Basque people. We had a decent grasp on the topic going in since we had been reading up on the region and researching a bit, but the museum highlights a range of elements spanning a number of floors. For English speakers, it’s worth noting that English is an afterthought with many of the places you will visit in Pays Basque and in Basque Country broadly. In the museum, for example, there is information shown in Basque, Spanish and French throughout, but a pamphlet is provided to English speakers to shed some light on the exhibitions. 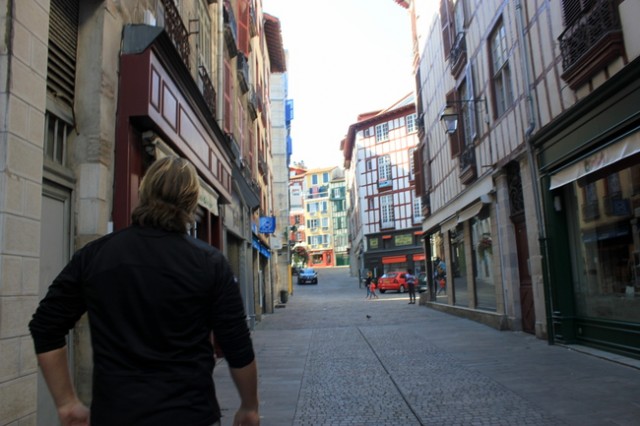 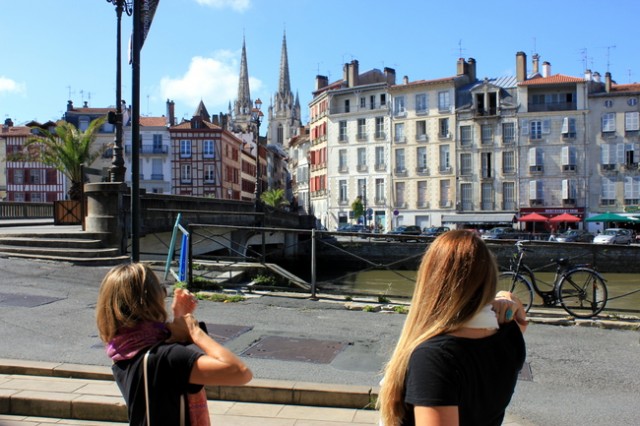 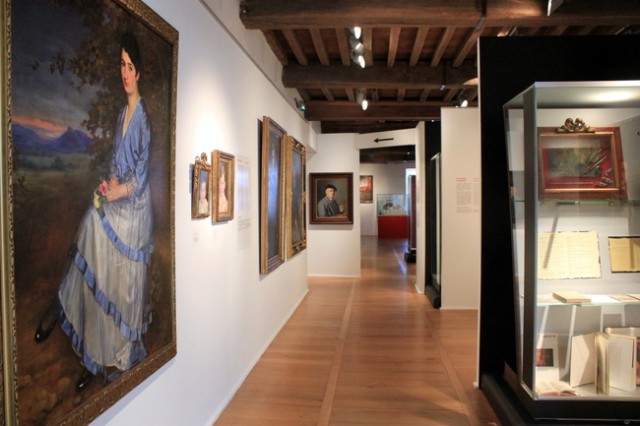 Biarritz is somewhat unique in the region in that it’s a glitzy resort town, anchored in part by the Hotel du Palais, an iconic landmark on this stretch of beach. The city has a vibe that’s more Monaco than medieval French town. There’s a palpable sexy vibe about it; a place for beautiful people to congregate, sipping rosé and ruby-red sangria overlooking the beach. 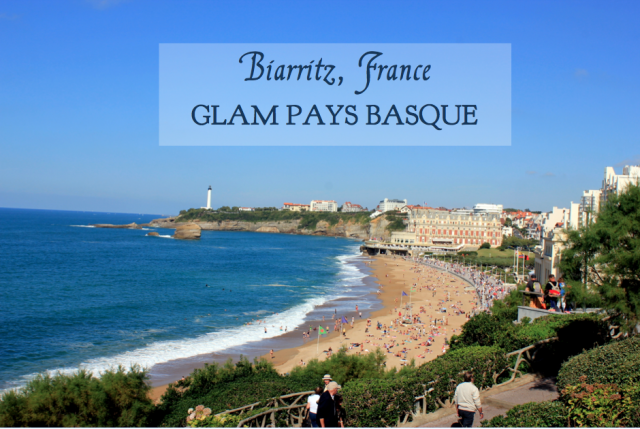 Where Bayonne was a sleepy, slow village, Biarritz seemed a bustling, lively town. We were wondering where everyone in Bayonne was – clearly they had come to Biarritz for a sunny Sunday. We meandered the streets where tent after tent was set up with sellers peddling a range of goods from Michael Kors trench coats and Nikes to handcrafted bags.

We quickly decided to melt into the scene and popped into a beachfront restaurant to people watch and sip sangria. At this point I had been on the go for over two weeks and had been the group leader by all accounts. This was one of my first moments of simply marinating and doing nothing, something I’m usually pretty terrible at doing. I felt bad for a brief moment. Shouldn’t we be exploring? Sightseeing? Shopping? I don’t know… doing anything?

I was quickly enlightened. Sipping sangria with friends in Biarritz is, in fact, doing something, and it’s doing exactly what you should be doing when you’re in a French seaside town on a sunny day.

I’m excited to share our second day in French Basque Country, exploring a number of picturesque towns across the region! Stay tuned for more from Sare to Saint-Jean-Pied-de-Port and a few others in between!

Have you been to Pays Basque? What were your highlights from the region?