European Island Escapes for Every Traveler

It’s no secret that I have a special place in my heart for Europe. Every year we brainstorm our major travel plans my mind invariably wanders to wine tasting in Spain, enjoying the drama and old world luxury of the Italian coastline, and basking on pebbly Mediterranean beaches. I’ve been fortunate to been able to explore some spectacular places in Western Europe but my never-ending list continues to grow and there are some European islands that have continued to pique my interest for future escapes! For fellow Europe-lovers, here’s some inspiration for European island escapes for every travel style. 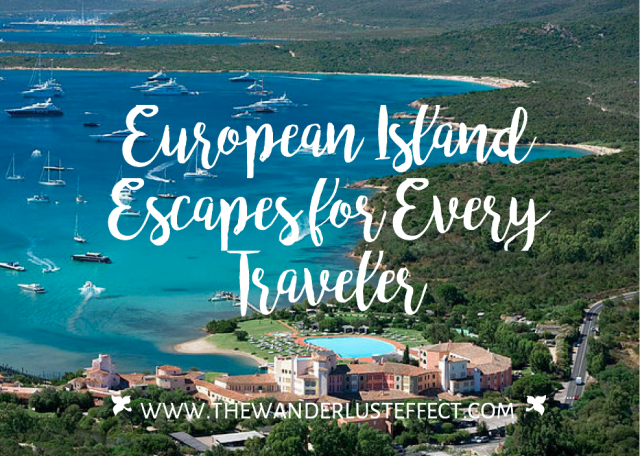 If there’s a European destination that I’m particularly high on right now, it’s Sardinia. During one of my many evenings perusing a world map and planning a future trip that we may or may not ever go on, I stumbled upon the Luxury Collection hotels that dot Costa Smeralda along Sardinia’s the northern coast. A summer holiday destination for the European elite, it’s on par with the luxury that the South of France exudes. For most of us that don’t generally have $50 to spend on a glass of champagne, it’s the domain of special occasions. Is it too early to start planning my 10th anniversary? 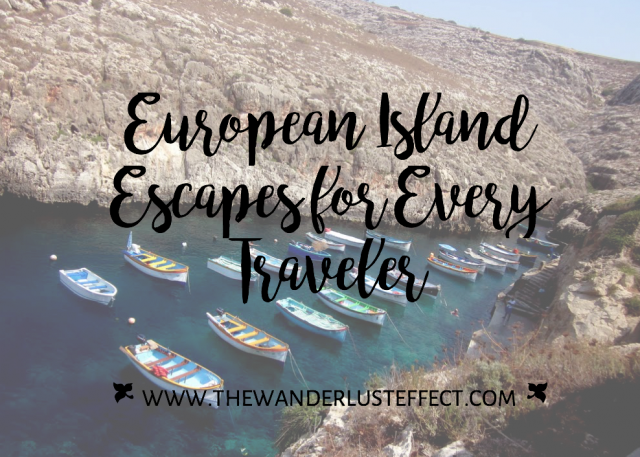 With strong Maltese heritage (both of my parents are Maltese), I’ll admit that I’m a little biased here but I think any traveler would be hard pressed to fin an island destination in Europe with more history than Malta. Located in the middle of the Mediterranean at the crossroads of Europe, North Africa and the Middle East, there’s influences from all over imbued into the fabric of Maltese culture. The architecture has a quintessential Mediterranean meets Middle Eastern feel (in fact, the architecture we saw in Palestine reminded me heavily of what I saw in Valletta), the language has a huge Arabic influence, and history lovers will be dazzled by the incredibly rich history on the island. Beyond the Knights of St. John, three of the ten oldest temples in the world are located on the Maltese islands and much of the old world feel and the historical buildings have been preserved. If you make it to Malta, don’t miss visiting Gozo – it’s remained a favorite of mine through the years!

For the Beach Party Scene · Ibiza 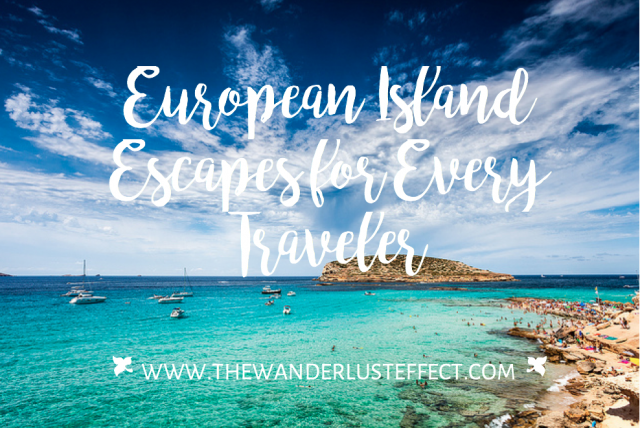 From Mallorca to Ibiza, the Balearic Islands have a cool guy rep that draws crowds from around the globe. Ibiza in particular takes the crown for an island escape with the ultimate beach party scene. Despite a rich history with quaint villages and an enogastronomy scene, it’s the nightlife that stands out most for newbie visitors to the island. My visits to Spain in the past have been concentrated on the main land, but I’ve always been intrigued by the famously cool island scene in Ibiza. Plus, with flights to Ibiza readily available from many places in Europe, it’s a breeze!

For a Rugged Adventure · Faroe Islands 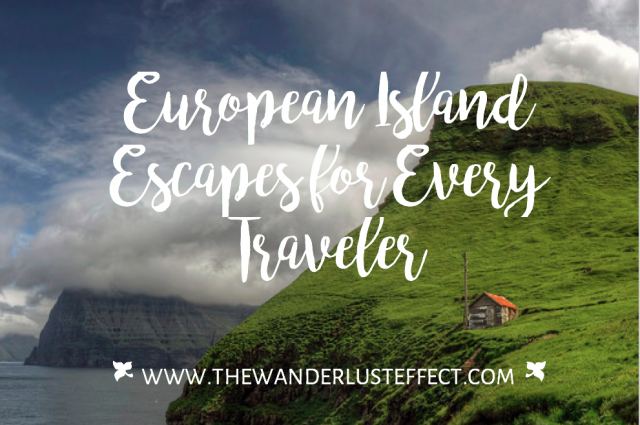 Sitting in the middle of the sea somewhere between the UK, Norway and Iceland, the Faroe Islands (technically part of Denmark) provide a remote getaway for the adventure seeker. The island is a paradise for hiking, boat trips, road trips and fishing. For those looking for adventure, try your hand at kayaking around the islands, diving (brr), surfing or horseback riding. The rugged lush landscape is a photographer’s dream, and culture seekers will love the brush with an island that has retained practices from centuries past. 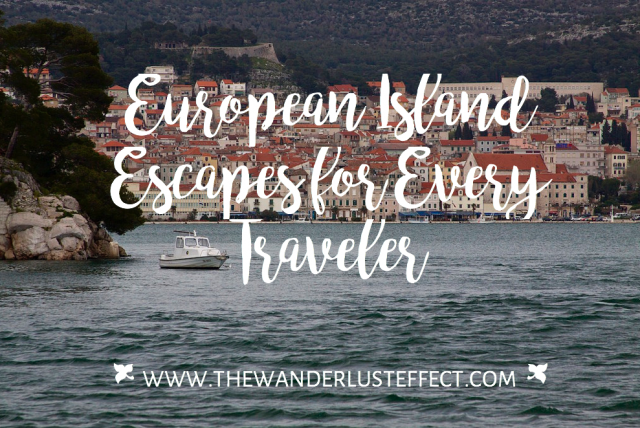 I explored lots of European bucket list destinations while living in London but one that I still regret not visiting is Croatia. At the time, it was on the cusp of being a must-visit destination and I was utterly captivated by Dubrovnik, Plitvice Falls and the clear waters of the Adriatic. I never made it while I was living in Europe, but we have been brainstorming the ultimate island hopping getaway for my in-laws milestone anniversary next year! As far as boating goes, Greece and Croatia both reign supreme in most travelers minds but Croatia – the islands and the mainland hot spots – is one of my more coveted European getaways for a future escape.

For a Romantic Escape · Santorini

During my visit to Greece in 2010, I spent a few days in Athens followed by brief trips to Mykonos, Paros and Hydra. At the time, single and traveling with my cousin, Santorini intrigued me but its stunning facades and romantic vibe didn’t fit our travel style – or budget – at the time. Fast forward six years and Santorini still intrigues me as a romantic escape. Oia has to be a contender for one of the most photogenic places on the globe, and the tranquility and allure of a Greek island escape never fails to entice!

To finish compiling a comprehensive list would take more time and a much longer post than anyone would have time to read! I’ve left off stunning Turkish islands, rugged Scottish territories, unique Scandinavian islands and so much more! Does exploring Europe ever get old?

Your turn: Which European islands are on your must visit list?