According to the lady at the Camera Obscura center, today is the shortest day of the year in Edinburgh. The sun starts setting around 2:30PM or so and it’s dark by 4:00PM. In spite of that fact, I managed to sneak a lot of sightseeing into my relatively short day: a trip to Edinburgh Castle, a visit to Camera Obscura and tonight I’m catching a performance at a local theatre. 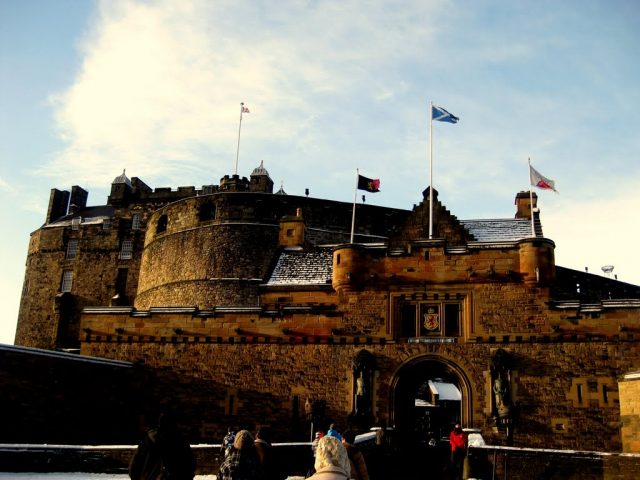 Despite scheduling my wake-up call for 8:30AM, I was up and getting ready by 8AM. When the days are short, getting up early to maximize daylight hours is key to being able to get in some major sights with limited time. I headed to the Castle first thing in the morning at 9:30A (when it opens) to beat the crowds. Unfortunately, Scotland’s cold knows no bounds at 9:30 in the morning… the sun doesn’t show it’s face until at least an hour after that so I faced some serious snow. Although my ears were fighting frostbite, I got some of the prettiest pictures of the landscape and surroundings. The castle’s location on the hilltop (an extinct volcano, actually), allow for stunning views of the city below. 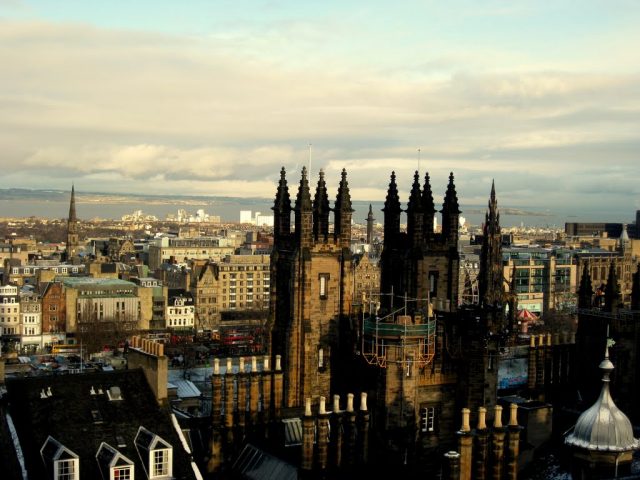 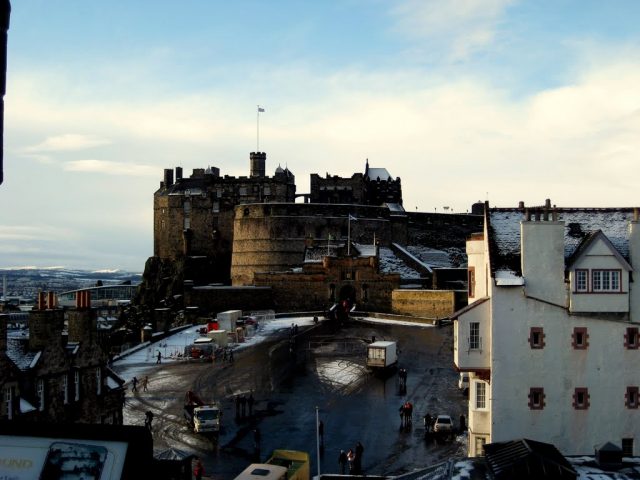 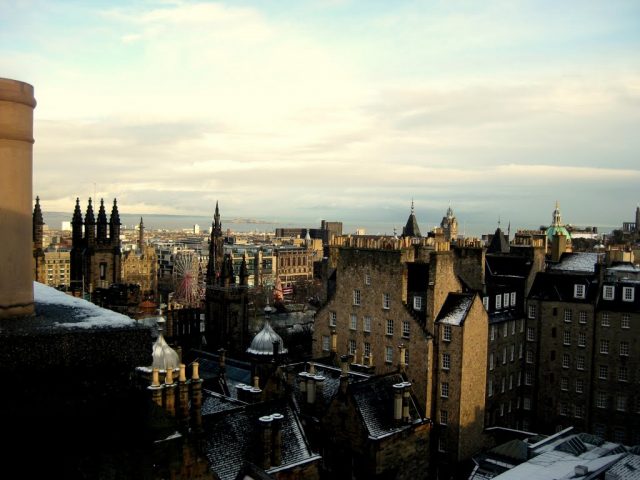 Had I gone during a warmer time of the year, I would have spent far longer exploring the castle.The cold was bitter in mid-December so I made my way through the fortress relatively quickly. What I did see during my time there was incredibly impressive; this goes without saying, but a trip to Edinburgh isn’t complete without time spent at the castle. It’s a place my father, a medieval history buff, would absolutely adore. 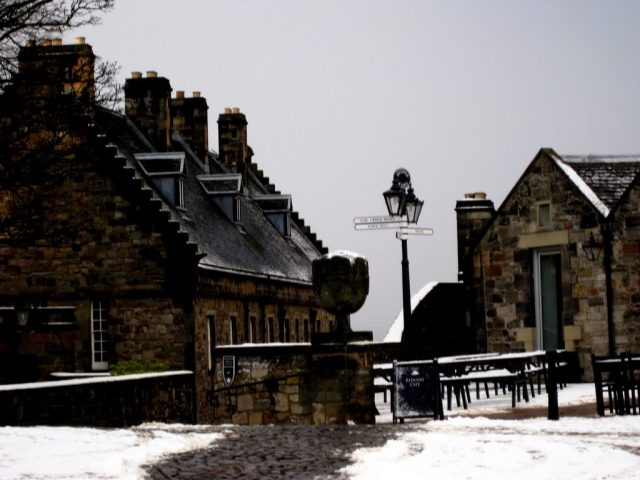 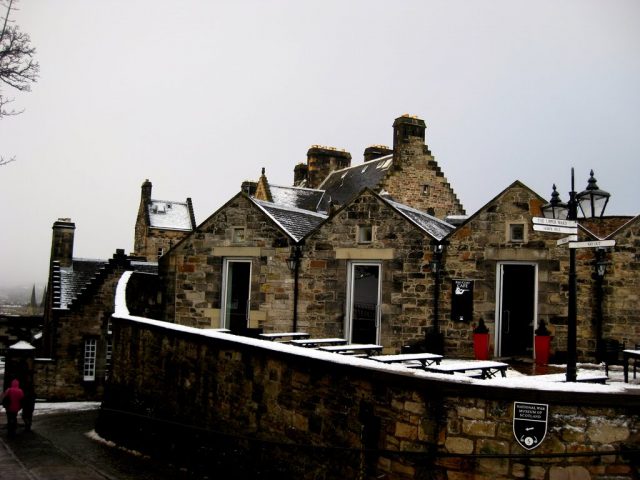 For students visiting, note that there are no discounts available but the £11 fee is worth it for insight into the city’s history and a real sense of Scottish pride. I also stopped in an awesome little store right outside of the castle that’s separated into three sections: tour bookings, a cafe and a weaver that creates tartans, kilts, etc. There was also an entire area dedicated to medieval weaponry and gear. 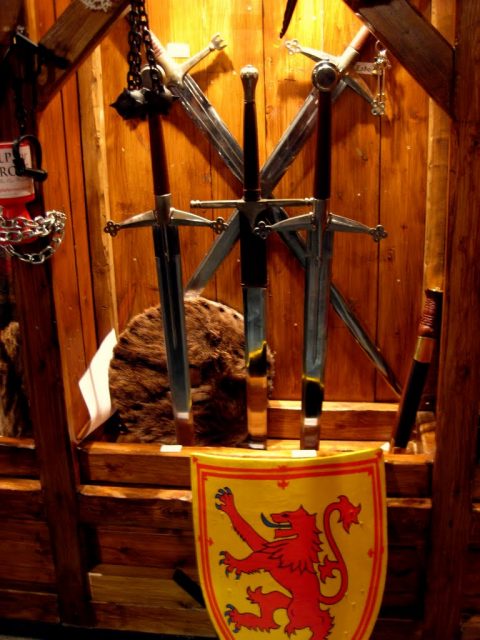 There’s an actual blacksmith that makes these swords. He lives about 10 miles from the castle is an active mason. There were loads of locally-made pieces, plus rapiers, chain mail, maces and axes. While the tools are more of a novelty than functional weapons now, keeping the history and culture alive with traditionally trained blacksmiths is a pretty cool cultural layer.

After exploring the castle, I stopped at Camera Obscura, a place full of optical illusion which offers incredible panoramic views of Edinburgh. The 15-minute Camera Obscura on the 5th floor made the £7 ticket worth every penny. It really is so cool seeing the whole of the city in a warm little room.

There were a number of cool optical illusions and holograms that are entertaining for all ages. If you’re traveling with kids in tow, this is a great place to keep them busy for a while!

After all that exploring and sightseeing, I found a bunch of little Scottish stores to grab a few gifts for family and friends back in California. Tomorrow I leave for a tour of the Highlands andLoch Ness tomorrow with Timberbush Tours and I’m so excited to see a different side of the country! Stay tuned for a recap and photos from my tour of northern Scotland.