On Friday, Scott and I took some of our guests out on a boat excursion, beginning at Prickly Pear and ending at the Frangipani Beach Resort with lunch at da’Vida in between. Despite having snorkeled in the waters surrounding Prickly Pear in years past, I had never actually set foot on the sands of the islands. There are two islands: Prickly Pear East and Prickly Pear West, both uninhabited. On the eastern cay, there are two establishments perched ever-so-perfectly on the beach. Johnno’s, of Sandy Ground fame, has a small satellite beach bar there (though it’s not open regularly). Prickly Pear Restaurant, with a main restaurant and a pop-up stand on the beach, provides affordable frozen concoctions ($6 for coladas and daiquiris) and a great lunch menu.

The trip is a bit further than more well-known Sandy Island, with a trip time of about 25 minutes each way. We headed north towards the openness of the Atlantic as flat Anguilla became masked by mountainous St. Maarten. As the clouds moved away and the sun came out, even the faint silhouette of Saba was visible in the distance.

One guest asked me why the islands were called Prickly Pear Cays. I have no legitimate answer for that. Someone offered up the thought that perhaps the islands were shaped like prickly pears. My assumption is that prickly pears once grew on the islands, giving them their moniker. If anyone knows the real story, please share! 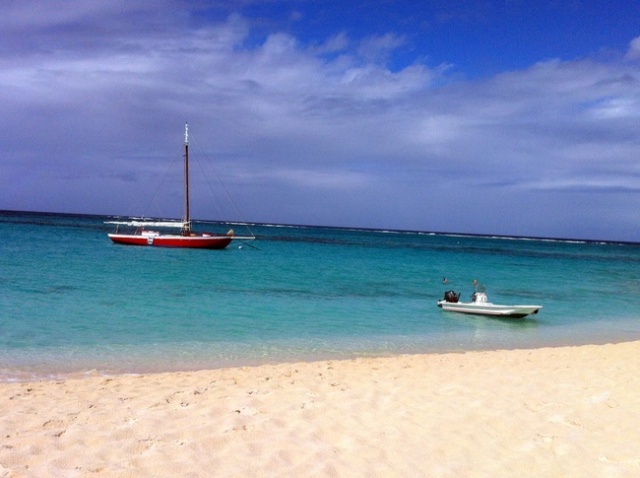 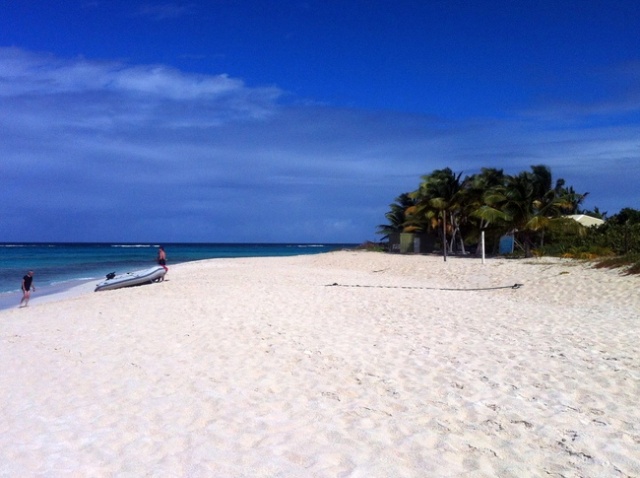 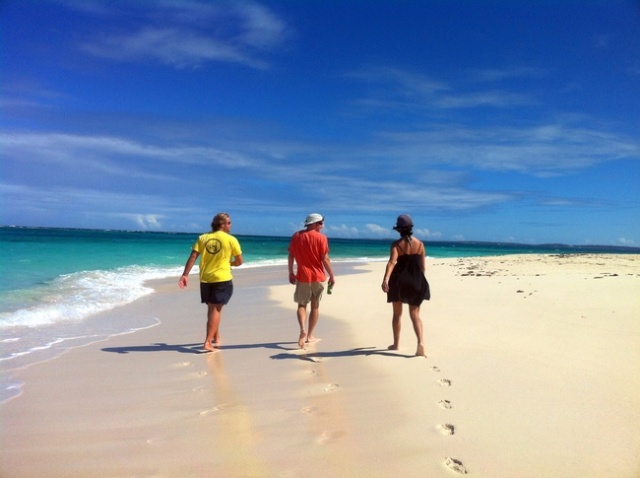 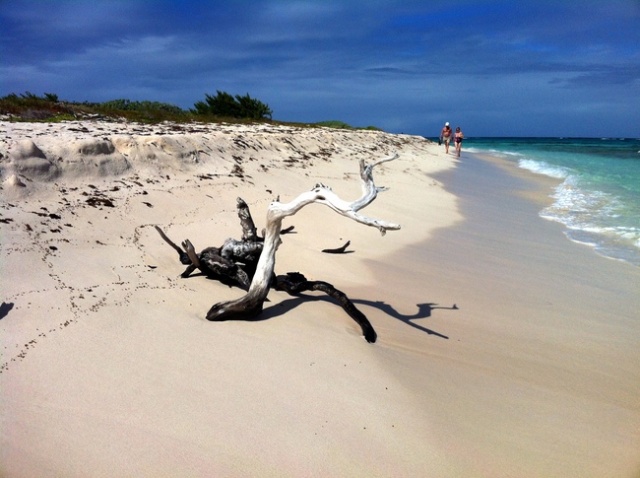 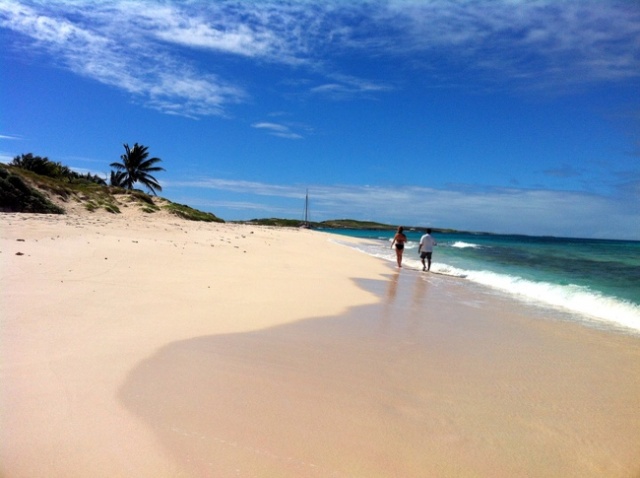 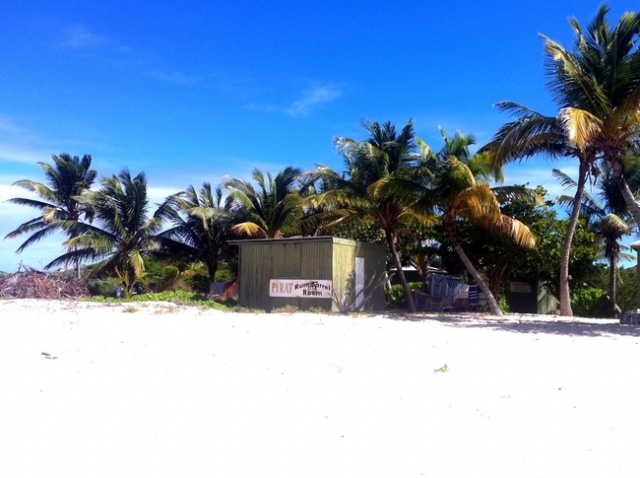 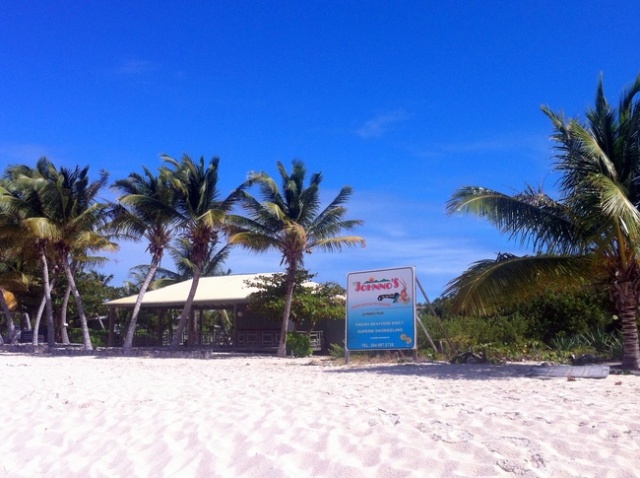 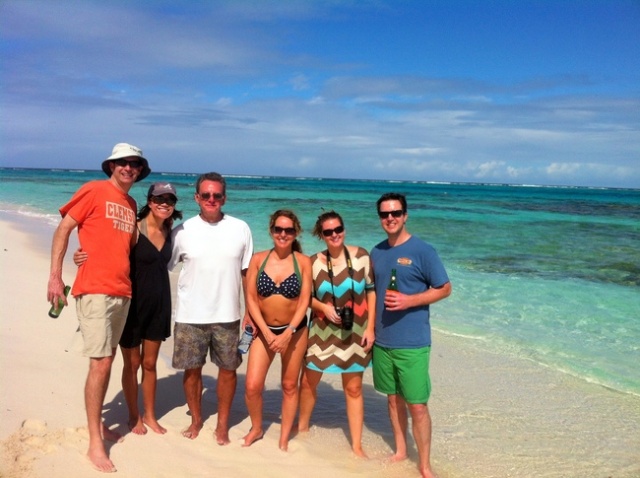 Have you been to Prickly Pear? How do you think it compares to Sandy Island, Scilly Cay and other off-island cays?